Former Far North Mayor Wayne Brown has ambitious plans to open a 40 million dollar dairy plant near Kerikeri which would directly supply two companies which each have 3000 retail outlets. Northland Dairy is in it's very early stages but work is being done for a resource consent application. The idea is to give dairy farmers another company to supply with a different pricing model than Fonterra. The factory, when it's up and running will produce 300 thousand litres of milk a day which will be taken to Auckland by road to be shipped to China. An expert in agri business and dairy, Professor of Economics Jacqueline Rowarth from Waikato University's business school discusses the pros and cons of the project.

Graham Brazier's final album will hopefully be released later this year. Before the Hello Sailor frontman suddenly passed away in September last year he had been spending every Thursday night with Alan Jansson laying down tracks. The recordings were completed but more money is needed to get the album finished. Rodeo Records is launching a pre-sales crowdfunder to see the project through and get the album, Turn Left at midnight released during 2016. Producer, Alan Jansson who worked spent his Thursday nights with Graham laying down the tracks and is helping with the crowd funding campaign. 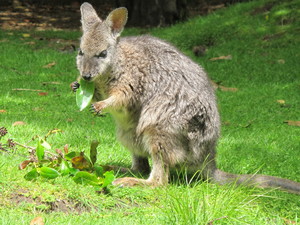 The Bay of Plenty Regional Council is teaming up with DOC to survey how many wallabies are on the loose in the Rotorua region. The dama wallabies were released near Lake Okareka in 1912 and since spread across a 180 thousand hectare area, mainly between Lake Rotorua and Kawerau. They are deemed to be a pest and the last survey of numbers was done in 2007. The council and DOC are also relying on help from land owners in the area to get a rough idea of how widespread the local population is.

Rum, Sodomy And The Lash - The Pogues.

Katy Collins is known around the world as the "Jilted Bride". After months of planning a $40,000 wedding her fiance called the whole thing off.  So Katy sold everythng and traveled the world. She wrote a blog and became known as the Bridget Jones Backpacker.  Now she has a three book deal with a publisher and her first novel is out: The Lonely Hearts Travel club: Destination Thailand.

On Friday 13 February 1970, Black Sabbath released their first album and a new genre was born - heavy metal. Witness speaks to guitarist Tony Iommi about the band's origins in Britain's industrial West Midlands - and the day his career nearly ended when he lost the tips of two fingers in a metal-working accident.

Football celebrates the eve of Chinese New Year when Wellington Phoenix play against rivals Perth Glory with a spectacular collaborative performance of Chinese Dance and Dragons. Lynda Chanwai-Earle meets the dancers at the games and catches the spectacular start to the Year of the Fire Monkey 2016!