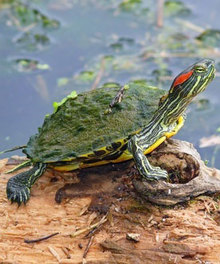 They're pesky critters and they're taking over Auckland waterways. Red-eared slider turtles are on the list of the world's 100 most-invasive species. The species originally came from southern United Sates. One woman who knows a lot about them is Angie Harvey. She's an 'aquatic nanny' of sorts, and runs the West Auckland Fish and Turtle Rescue.

Our biggest city is set to get a new look. But it's going to cost, to the tune of about $500,000. The Auckland Tourism, Events and Economic Development branding project, Global Auckland, is well underway. Its mission, to come up with a new image and catchphrase for the city. Vivien Bridgwater is the general manager of destination and marketing.

Our next guest is restoring a boat, but it's not just any boat. It's one that takes to the skies. And 'Aranui', is believed to be the world's last remaining Solent Mark IV Flying Boat. Steven Fox is the general manager of museum collections at MOTAT. And he's managing the Solent restoration and conservation project.

It's derogatory term was "Chinglish", it's around 200 years old, and has been the mode of communication between Chinese and the world until now. Professor Jonathan Stalling has created Sino-English, a new alphabet for 350 million speakers with world-wide applications. Lynda Chanwai-Earle meets him in Wellington to learn more.