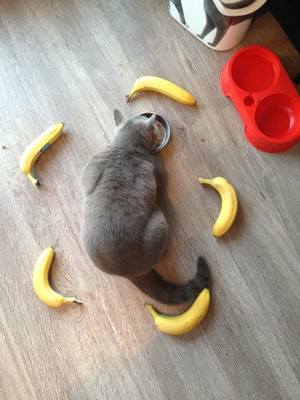 Cats and cucumbers may seem like an odd combination. But it's a combination that has ignited social media throughout the world. Online videos showing people terrifying their cats with cucumbers have been viewed millions of times. To talk about why the cucumber is so terrifying to our feline friends is, Dr Clément Lagrue (LaGrow), from the University of Otago Zoology Department.

They've been painting themselves blue for almost twenty five years now. And they pride themselves in bringing what they call, 'a universal message of joyful exuberance and euphoric celebration'. More than thirty five million people have seen them perform, and the Blue Man Group is coming to New Zealand for the first time next year. David Bray is a Blue Man and Creative Director for the world tour.

This week Nicola talks about koura, or freshwater crayfish! 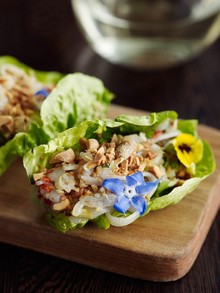 Wine - Cameron Douglas suggests a rose to accompany the recipe, and talks in some detail about syrah.

Movies - Richard Swainson has been to see The Secret in Their Eyes and The Hunger Games: Mockingjay - Part 2.