'I Could Make You Happy' - Art Of Sleeping

A West Coast man has designed a tribute, to the 29 men who died at the Pike River mine in 2010. CPIT architecture student, Cory Devine, has designed a museum, and if accepted it will be part of a proposed Pike River Mine memorial and visitor centre, at the former mine. He says is the best way can give back to his community.

It's Melbourne Cup time again and Invercargillites are taking to Flemington in style. Invercargill Airport hosted its first chartered international flight with 150 passengers bound for Australia just after seven am. The trip was organised by House of Travel - Lakers, owner-operator Tony Laker, who is at Flemington.

Our next guest has been at the scene of the crime, so to speak. Award-winning journalist, author and columnist, Steve Braunias, has been looking into tales of samurai sword attacks and brutal murders. His new book, The Scene Of The Crime: Twelve Extraordinary Tales of Crime and Punishment in Modern New Zealand, tells the tales of 12 grisly crimes. And he's here in our Auckland studio to talk about the non-fiction work.

Looking out from the main stage in 1979. Image courtesy of Peter Terry & Nambassa Trust. 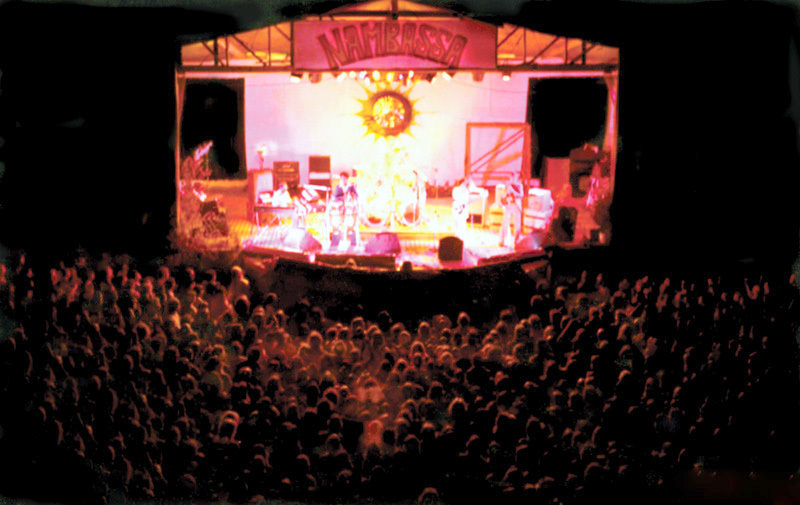 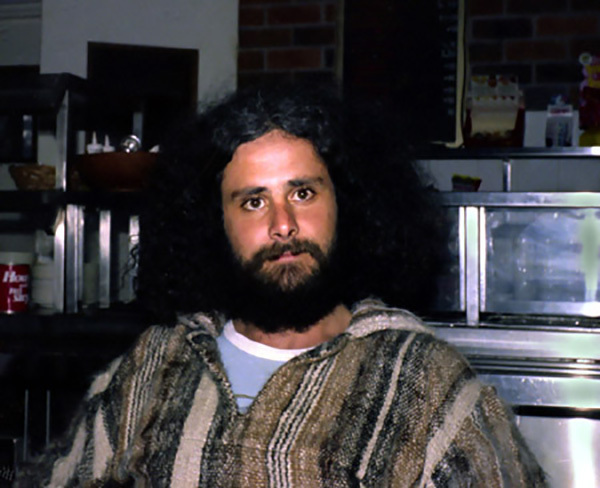 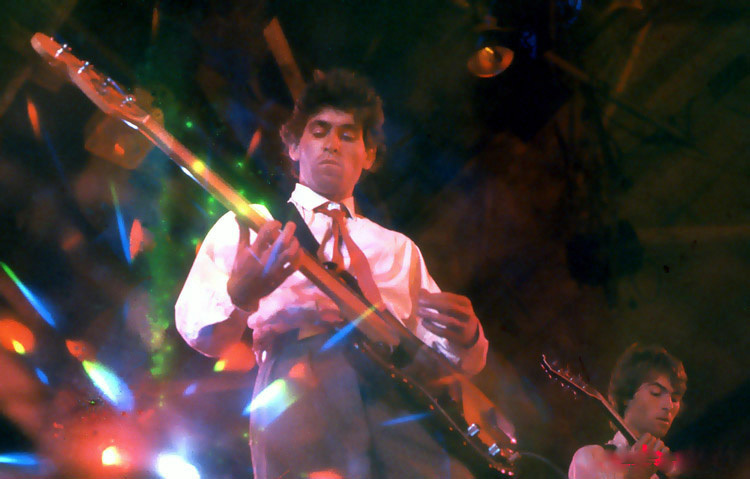 Schtung on the main stage in 1979. Image courtesy of Peter Terry & Nambassa Trust. 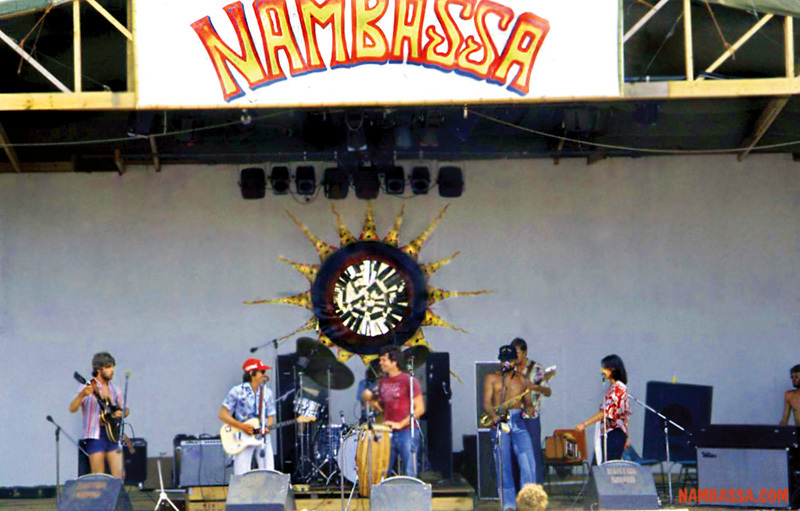 Midge Marsden with Andy Anderson and Beaver on the main stage in 1978. Image courtesy of Peter Terry & Nambassa Trust. 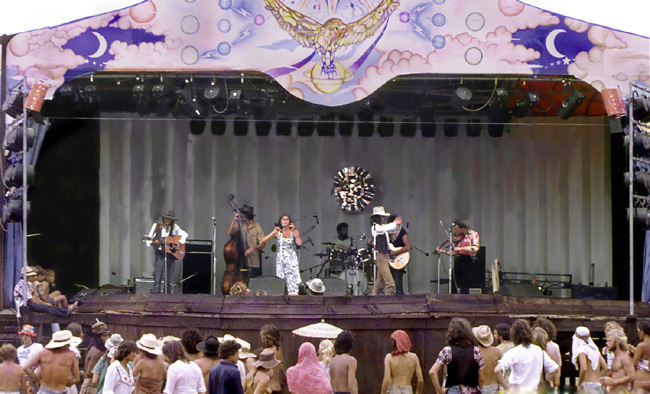 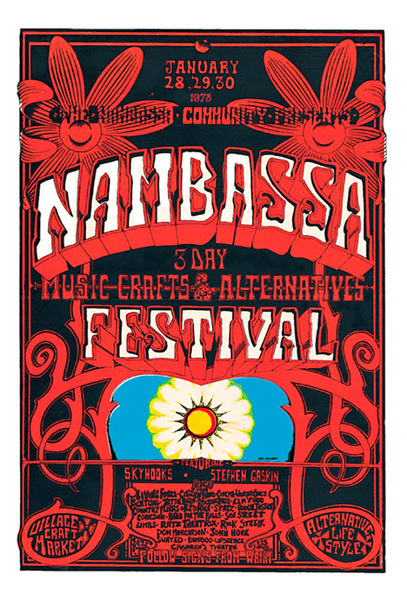 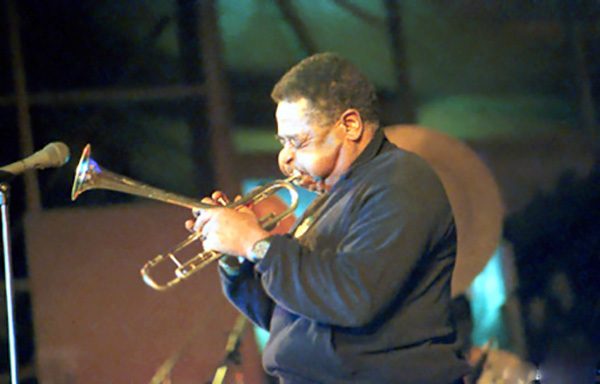 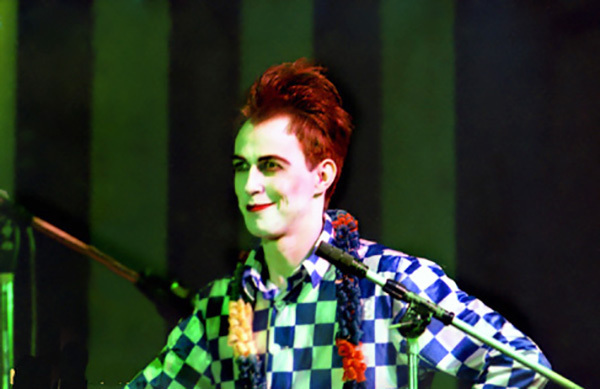 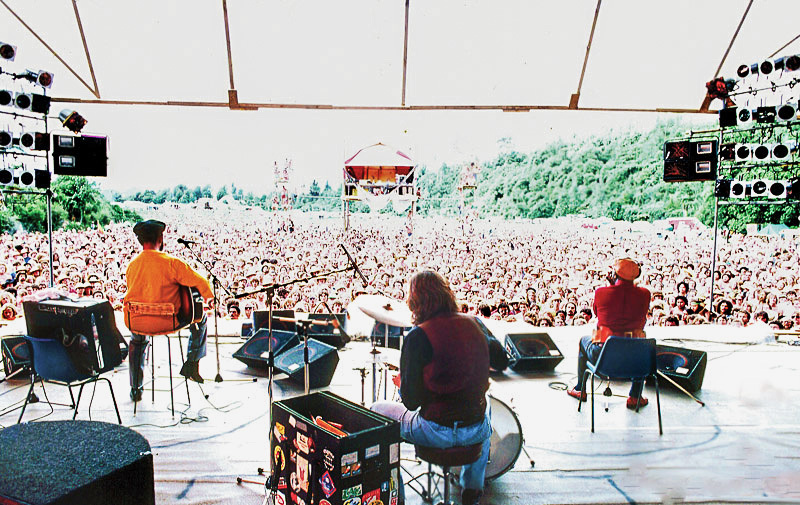 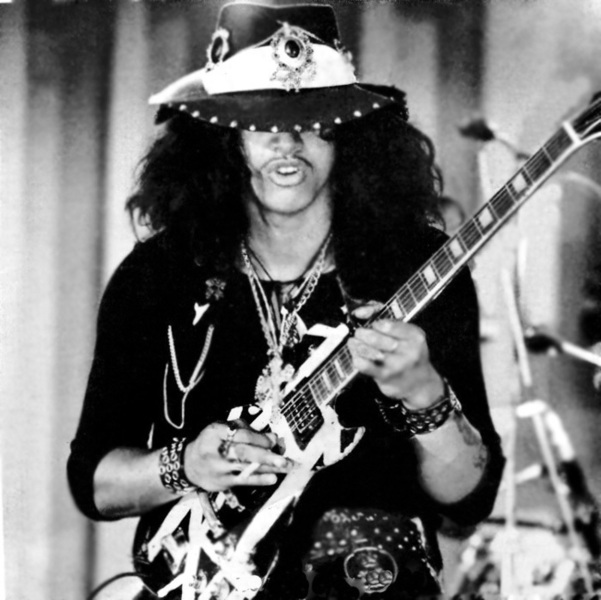 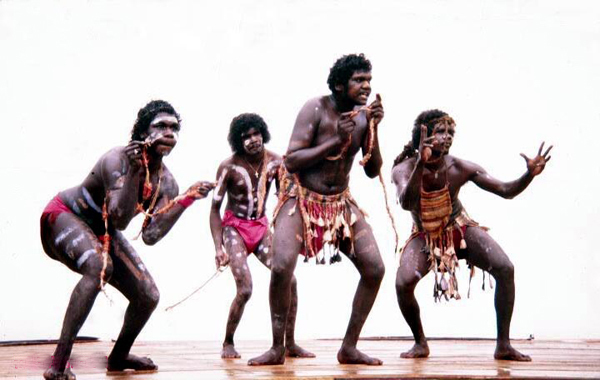 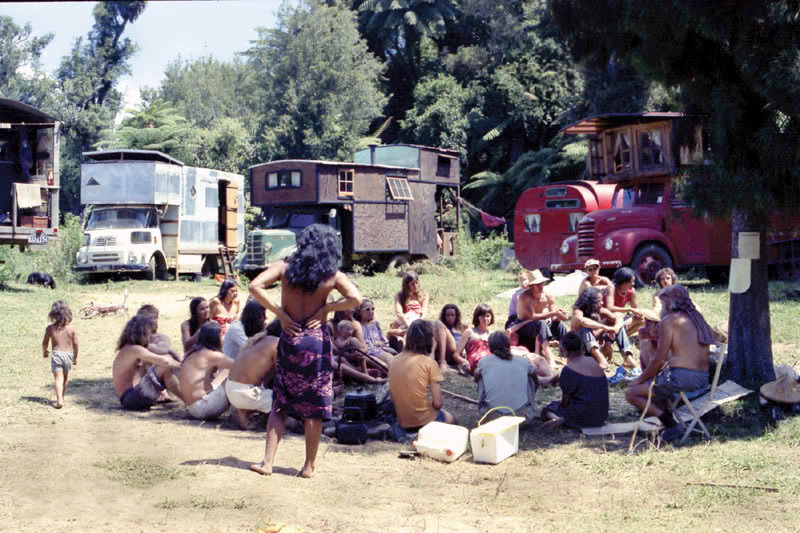 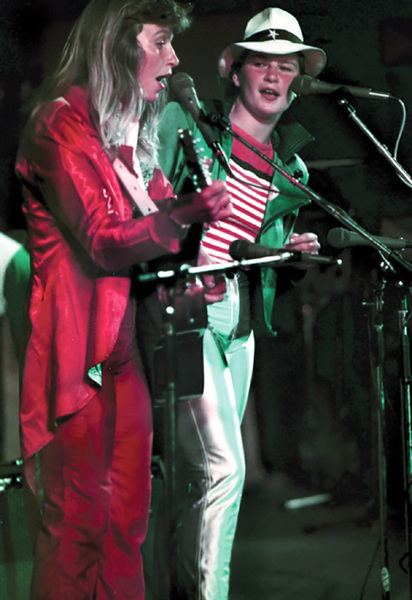 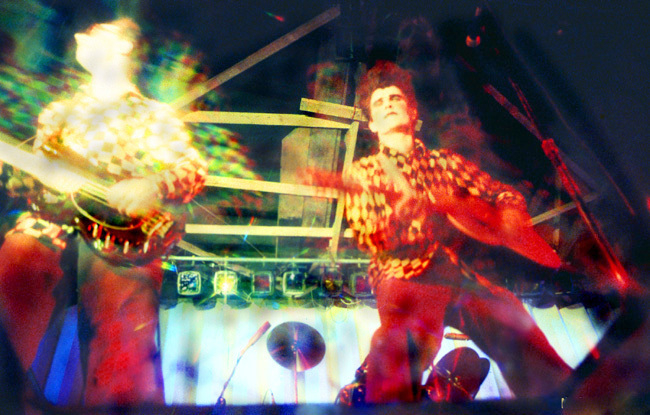 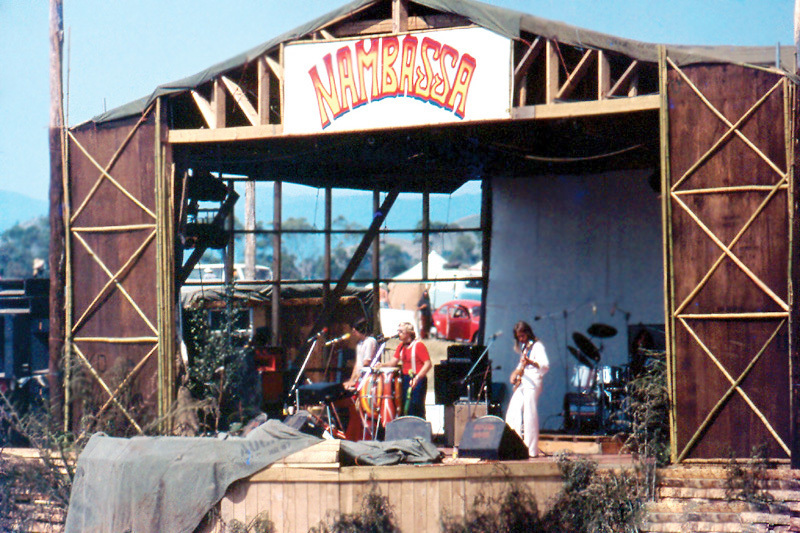 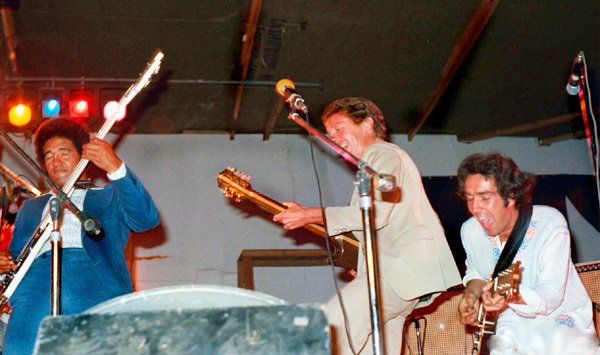 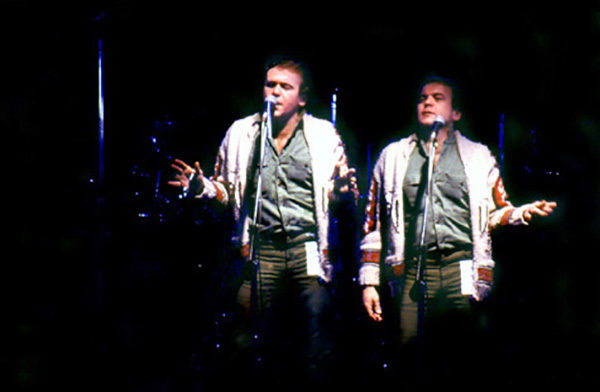 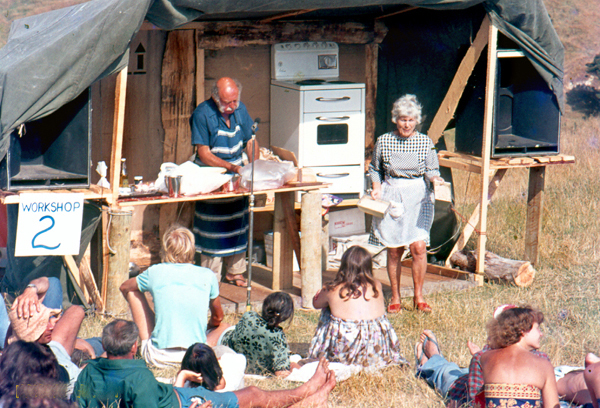 A health workshop at Nambassa in 1978. Image courtesy of Peter Terry & Nambassa Trust. 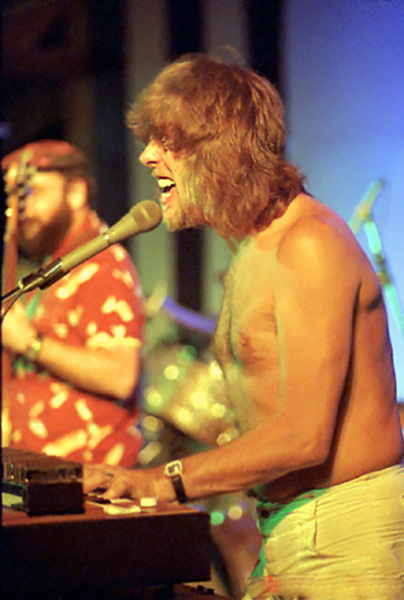 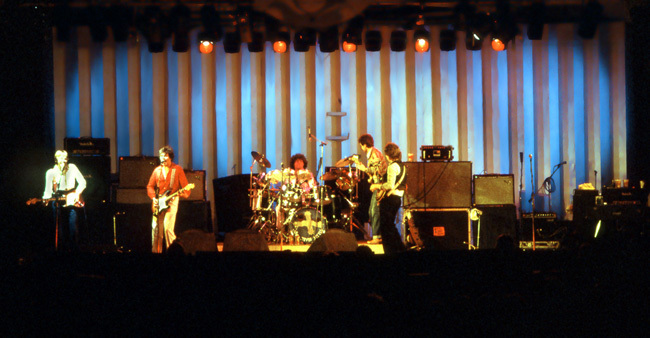 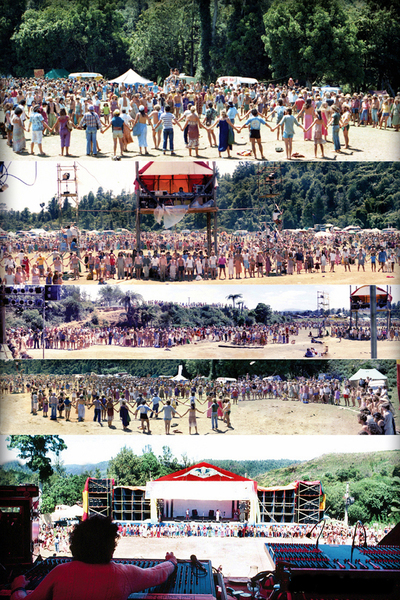 The great New Zealand concert takes a different shape this week, instead of just one, we reflect on a series of festivals from the late 70s and early 80s. Known as Nambassa, the festival ran over a number of days in 78, 79 and 81, in and around Waihi. Its focus was on peace, love and harmony and has been described as New Zealand's Woodstock.

It's not just martini's shaken but not stirred that are quintessentially James Bond. With each of the 24 Bond films spanning 50 years comes a theme song that sets the scene for the film and the year it was made. Two Stanford University professors have analysed the Bond themes, from Shirley Bassey's classic "Goldfinger" in 1964 to the new Sam Smith song for Spectre, the newest James Bond movie coming out in New Zealand on November 22nd. Their book, "The James Bond Songs: Pop Anthems Of Late Capitalism" argues why  theme songs don't just set the mood for a Bond film but also tell a story about the evolution of pop music.

Every year Whaingaroa Harbour Care grows and plants 120,000 native plants along streams and waterways around Raglan's harbour. Most of these riparian plantings are on local farms, and Alison Ballance meets farmers David Peacocke and Craig Rowlandson, and Harbour Care's Fred Lichtwark, to find out how cleaner streams mean more fish in the harbour and better farming.