Afternoons with Jesse Mulligan for Wednesday 20 May 2015

How to manage our state housing is being widely debated. And a new documentary looking at the issue of privatisation, and how we deal with social housing is being launched as part of the Documentary Edge Festival. A Place To Call Home is the work of filmmaker and educator Briar March. Briar has received more than 30 international awards for work. Her work includes documentaries, There Once Was an Island: Te Henua e Nnoho, and Allie Eagle and Me. But for her latest project, Briar has spent three years following two Māori women involved in opposing housing projects. One in Glen Innes, and one in Northland. 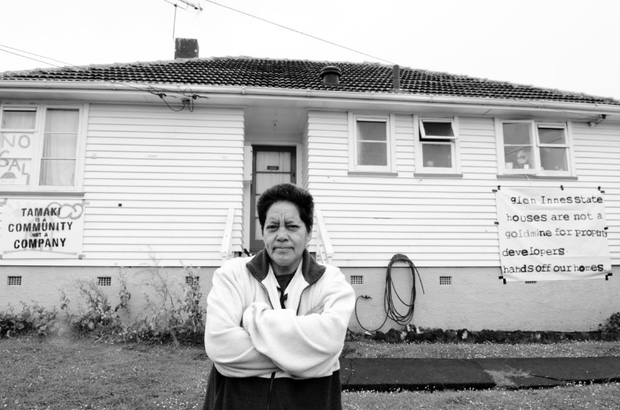 Elias is asked to conduct Shostakovich's Seventh Symphony for the first public concert in Leningrad.  His drunken ex oboist Alexander rescues him when he keels over but is unable to play anymore. Elias's orchestra struggle and Nina Bronnikova comes to help Nikolai and Elias copy the music scores. She offers to play piano. Nikolai is desperate for his daughter Sonya.

Could the world's most sophisticated aeroplanes be hacked in mid-air by passengers who wanted to take over the flight controls?

3D printing is starting to take us in some interesting directions. Currently it's typically plastic sculptures and dull stuff, but as the capability increases we're seeing artificial limbs being produced, even jet engine components and ultimately we'll have 3D printed steaks. No, you didn't misread that. Printing food.  And 3d printing of skin to test cosmetic products.

A couple of Obama tech stories.  First, a bunch of tech companies plead with the president to keep the government out of private citizens' smartphones and emails. Here's the Guardian's take on this.  Second Obama story - he joins Twitter.

Big chinese video streaming company Letv (which predated Netflix) says it will sell smartphones in the USA, but as a way of watching video, not for the phone function … so what will smartphones eventually be used for mainly? Should we drop the word "phone" and just call it a smartdevice?

We take a look at the benefit of plants in both our urban landscape and within the home, when Sonia Sly meets a couple of plant and design experts who say that they do more than just beautify the environment.

What the world is talking about.  With Jim Mora, Zara Potts, Barry Corbett and Lindsay Dawson.