I Started A Joke - Faith No More.  Chosen by Ben Hurley

Lawrie Smith from the Paeroa and District Historical Society

A Scottish playground expert has recently been in New Zealand. Juliet Robertson is an outdoor play and playground education consultant. And she says junk can be a more useful tool for children’s learning, than some modern playgrounds 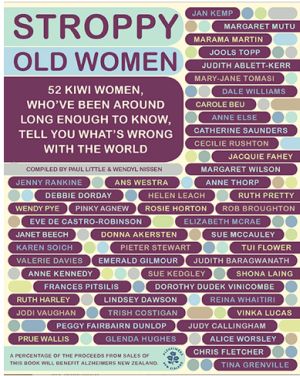 You may have read his observations about grumpy old men. And now, Paul Little has been chatting with stroppy old women. He's compiled a new book with Wendyl Nissen. It's called Stroppy Old Women: 52 Kiwi Women, Who've Been Around Long Enough to Know; Tell You What's Wrong with the World. The book is a follow on from his Grumpy Old Men and Grumpy Old Men 2 titles.

Simon, a farmer, was left with two young daughters after his wife Aileen died.  Now he's remarried to Stephanie, a high flying banker, and moved to Wellington

In the archives of the German Foreign Ministry, days after the Nazi surrender in World War II, a British officer discovered a file so sensitive, only prime ministers, US presidents and a select few officials have seen it.  It became known as the Windsor file and it reveals evidence that has until now been rumor, that  the one time King of England, Edward the VIII, may have collaborated with the Nazis in the summer of 1940 when he was the Duke of Windsor.  Andrew Morton, The author famous for his biography of Diana, Princess of Wales, takes up the story in his new book, The  17 Carnations, The Royals, The Nazis and the Biggest Cover-up in British History

A young Cambodian woman who came to New Zealand as a baby from a refugee camp on the Thai border is now a successful Auckland HR Advisor.  She wants to give back by taking part in a four day cycling tour across Cambodia to raise funds for the Red Cross.  Lynda Chanwai-Earle follows Solary Ha around Auckland during her exercise regime to learn more.  Voices

What the world is talking about.  With Simon Mercep, Noelle McCarthy, John Bishop and Penny Ashton