Blues in Hoss' Flat by the Count Basie Orchestra.  Chosen by Scotty Barnhart

Jody Jenkins - coach of the Ashton U16 marching team, Nelson

Fran Kennedy - a member of the Waikanae Joysteppers 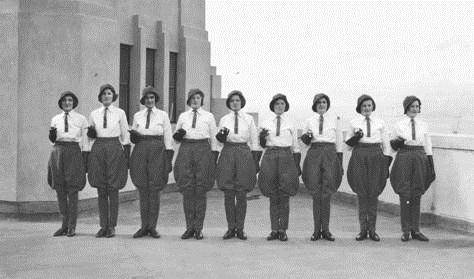 "This photo is of the workplace marching team at the Levy Factory. The factory workers made their marching team uniforms. I don't know where the team performed or competed. The photo is taken on the Carillon at Wellington, and I think is from the early 1930s. My grandmother, Edna Cameron, is third from right. She was very proud of the uniform and being part of the workplace team."
– Photo sent in by listener, Dinah Vincent

This morning it was announced that Air New Zealand will start a new trans-Pacific route to Houston. The nonstop service to George Bush Intercontinental Airport will start in December. Air New Zealand says the new route will be the fastest way to get to popular East Coast and Midwest destinations, such as New York and Chicago. Geoffrey Thomas is an aviation expert and the editor of Airlineratings.com.

The topic of immunisation has been making headlines lately with Australia's 'no jab, no pay' policy. And new research out of the University of Otago has found a way of predicting if parents will choose to immunise or not. Dr Ben Wheeler is senior lecturer of the Department of Women's and Children's Health at the university

It's been four years in the making but Ohaupo resident Barry Cox has finally finished building his own personal church. But, it's not your typical church. It's alive and it's constructed from trees. And he's now opened the doors to the public

A five-part reading of Michael Morrissey’s frank description of two serious bipolar episodes is told in a riveting and lively manner.

Our expat this week has gone from Lower Hutt school boy to owner of a luxury perfume business in London.  Christopher Yu develops high-end fragrances, candles and soaps

In April 1964, the famously eccentric concert pianist Glenn Gould retired from live performance at the age of 31. One of the most celebrated pianists of the 20th Century, Gould was a reclusive figure celebrated for his unusual interpretations - and also his habit of humming along with his own performances.  His friend, John Roberts shares some memories with Lucy Burns of the BBC history programme ''Witness'

We're all familiar with introduced honey bees and bumblebees, but you may not know that New Zealand is also home to tiny solitary native bees. Alison Ballance joins PhD student Jay Iwasaki from the University of Otago in a community garden to hunt for some native bees, and find out more about their role in pollinating flowers

What the world is talking about, with Simon Mercep, Zara Potts, Michele A'Court and Jeremy Hansen

A to Z: Marching

TITLE:    When The Saints Go Marching In

ALBUM:  Do You Know What It Means To Miss New Orleans