It is meant to be a time of giving, but what some people give to charities at this time of year falls far short of the Christmas spirit. Stained mattresses, torn clothing, and appliances which don't work. These are just a few examples of items given to the Auckland City Mission and other charities. Auckland City Missioner, Diane Robertson, speaks with Simon.

His name is Craig Salmon and he likes to drive. Nothing too surprising in that. Back on November 21st, he left Cape Reinga for the Bluff. He made it, he turned around, and now he's nearly driven all the way home again. He's done the trip in an electric car and he believes he may be the first to take such a vehicle on such a long trip. 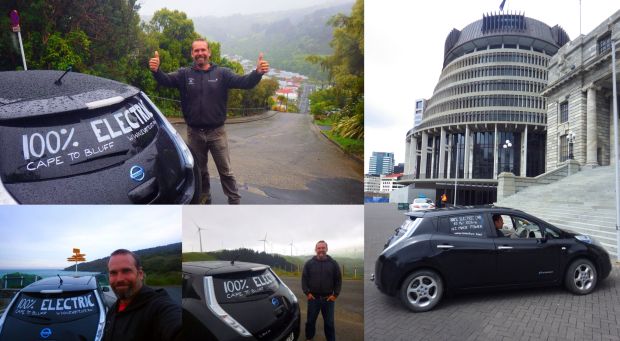 Brian Sibley produced The Lord of the Rings as a radio drama for the BBC and has also written extensively about Tolkien's Middle Earth and director Peter Jackson.

3:30 Voices - Lynda Chanwai-Earle
An army of Asian volunteers are patrolling alongside the NZ Police on the streets of South Auckland this festive season. In total 272 Asian volunteers from 26 different cultural backgrounds, speaking 47 languages are contributing hundreds of hours of preventative work to keep our communities safe in the lead up to Christmas. Lynda Chanwai-Earle is on their beat to learn more.