2:10 The First Western Geisha - Sayuki - For four hundred years, no woman from the West had ever been allowed into the intriging world of the Japanese Geisha.  But a woman from Melbourne with a PHD in Social anthropology from Oxford University, changed that. She is the first Western Geisha. Her name is now Sayuki, which means transparent happiness. Her love affair with the Japanese culture began when she was just 15 and travelled to Japan as an exchange student. In 2007, after long and intensive training, she became a geisha. She's spent time living in New Zealand, and now she's back in Japan, doing geisha banquets and other events.

2:20 Miniature Christmas Wonderland - Steve Flaunty - Most of the time, when we talk about impressive Christmas decorations, we talk about displays on a grand scale. But Steve Flaunty's collection  in Lower Hutt is a grand display on a miniature scale. One whole room of his house is transformed every year into a Christmas village complete with miniature houses and people, trees, snow, lights a train and even a  Bavarian Brewery. We have video  on our facebook page and website. He starts the display Labour day weekend to get it all set up for the holiday season.

3:10 How Child Road Deaths Changed the Netherlands - Lucy Burns of BBC Witness
It's 40 years now since the launch of a road safety campaign in the Netherlands which was to revolutionise the country's infrastructure.  It was called 'Stop The Child Murders'.

3:20 Rock Camp 2013 - It had the potential for cacophony – 14 children onstage with a PA and musical instruments – but these music-savvy youngsters were in good hands at Rock Camp 2013. Nic Roland and Manuella Fuhrimann bought the Playhouse Café & Theatre Restaurant in Tasman three years ago and Nic thought it would make a great venue for children to perform. Sage Forest attends Rock Camp #3 for a listen. 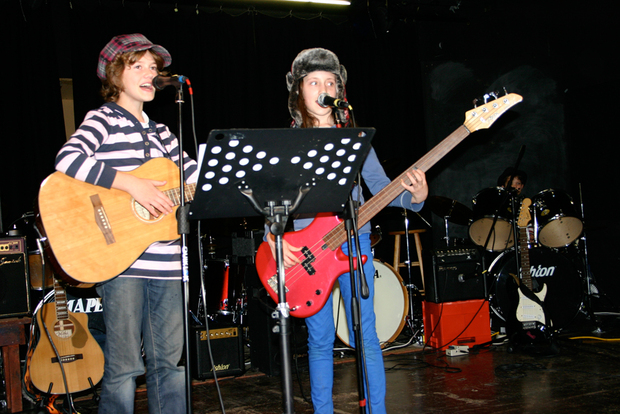 3:30  Little Barrier Island - New Zealand's first nature reserve - Hauturu-Little Barrier Island in the Hauraki Gulf became New Zealand's first nature reserve back in 1897. It was, and still is, New Zealand's premier island sanctuary. And following the eradication of cats and rats, the wildlife on the island is in rude, loud health - the bird song is amazing. Alison Ballance takes a walk with the island rangers to find out what it's like to live there and how the wildlife is getting on.

4:06 Cas Carter and John Bishop are on The Panel today: Corruption in sport - aren't you always going to get it if people can bet on it? While we're on the subject, the strange World Cup draw that England thinks favours France. Can you be fat and fit - are there any really old roly-poly people? Is 4.5 days sick leave a year per person really costing the economy or is it perfectly reasonable? Do you want the pension age increased to 67 and for a version of means-testing to be brought in as well, as Labour seems to be suggesting? And the remarkable finger-painted portrait of Morgan Freeman, which you may well have seen by now, and which we talked about yesterday. Is it too remarkable?