1:10 Best Song Ever Written - Kat Csengo of Auckland nominated 'Another Night In' by the Tindersticks. 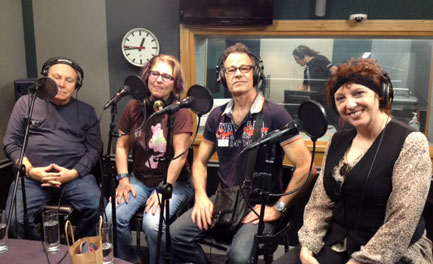 2:10 The Featherston Incident - Jim Veitch. It's one of the most tragic, and also one of the most controversial episodes of New Zealand history during the second World War. The shooting dead of nearly 50 Japanese prisoners by the guards who were in charge of them at a military camp in Featherston, in 1943.
The official report at the time, said the prisoners were shot to stop them from rioting, but this version of events has since been disputed by journalists and academics who've had access to first hand accounts of what actually happened at the Featherston Military Camp on the morning of Thursday February 25th 1943.
Now, With the commemoration of the 70th anniversary of the event due to to take place this Monday, another prominent historian is adding his voice to those of the revisionists.
Jim Veitch is a Senior Fellow at the Centre for Strategic Studies and a Senior Lecturer in Security Studies at Massey University

2:25 NZ Society - In this week's New Zealand Society series; Intimacy plays a central role in the human experience. Lynda Chanwai-Earle finds out what life is like for single working parents when she attempts to enter her very first speed dating event.

3:08 One Stop Shop - For your weekend we have a recipe from Julie Biuso, as eggplant and chick pea dish .. Yvonne Lorkin recommends the bottles of wine - and Sarah McMullan has her picks for the Oscars.

4:06 The Panel - Ali Jones and Barry Corbett from ChCh on the second anniversary of the February 22 quake.