How Deep is the Ocean by Ella Fitzgerald, chosen by Dave Smith.

Tiny Ruins aka Hollie Fullbrook , a singer songwriter whose just released a debut album, Some Were Meant For Sea.

Audio of NZ Music Live can be found on our music web page.

Some Melbourne students have built a robot which can solve Rubik's Cube in just over 10 seconds - a world record. Robot Ruby can unscramble the puzzle in 10.69 seconds, far faster than the previous record-holder, the Cubinator, which solved it in just over 18 seconds. Jim Mora talks with Chris Pilgrim, deputy dean of the Faculty of Information and Communication Technologies at Swinburne University of Technology in Melbourne.

The Gold Guitars are the Grammy's of New Zealand country music, and they're presented as always, this Queen's Birthday weekend. They kicked off last night with the songwriters awards, and they'll be gearing up for a packed house for the big finale, the showcase concert on Sunday night. Jim talks to awards Convenor Philip Geary.

The final episode of The 10 pm Question by Kate de Goldi, read by John Leigh.

The latest movie from the X-Men franchise is out, X-Men: First Class.

New Zealand’s strike wing was disbanded ten years ago. Since then the 17 Skyhawks have been awaiting their fate – a fate that’s finally been settled. Amelia Nurse spent some time with former Air Force personnel to find out what the Skyhawks meant to them.

SKYHAWKS: The History of the RNZAF Skyhawk by Donn Sims 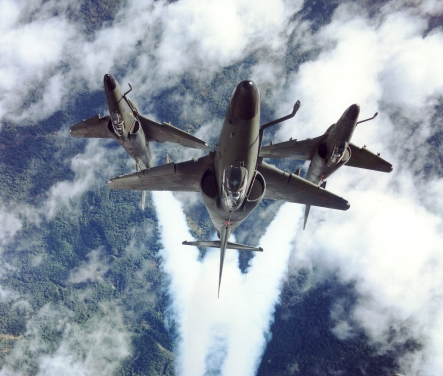