We're marking 80th anniversary of NZs worst natural disaster, the Hawkes Bay earthquake. It struck at 10:47 in the morning of 3 February 1931.

Listen to Earthshock by Jack Perkins.

17-year-old Jamie Fenton earned her school certificate at age eight, tertiary qualification at 10 and had a scientific journalism article published in the Royal Society Journal at age 12. Now this young woman from New Plymouth can add Kiwibank Young New Zealander of the Year to her list of achievements.

No one knows what goes on behind closed doors, but the things people leave behind give us some clues. A survey of forgotten items left by guests staying in Australian Novotel hotels is an eye opener.

A Fair Voter by William Satchell, read by Janet Fisher.

Jennie Hasler-Jacob's is something of a local celebrity in her hometown of Balclutha. She's an award winning hair artist - driven by a passion for creating the outrageous and fantastical.

For one hundred years until 1972, flax fibre was a major, nation-wide industry. In Southland alone there were 44 mills operating in the late 1800s. Now, there's just one. The Templeton Flax Mill Heritage Museum is a Category One historic place, as the only authentically-restored flax mill operating in New Zealand.

The mill has been in the Templeton family for four generations and one hundred years. It attracts 1000 visitors a year, and the fibre produced is sold for $10/kilo to boutique paper-makers, crafts people and kapahaka groups. But being such a ubiquitous and sustainable plant, could there be a new industrial future? Des and Vaughn hope so. 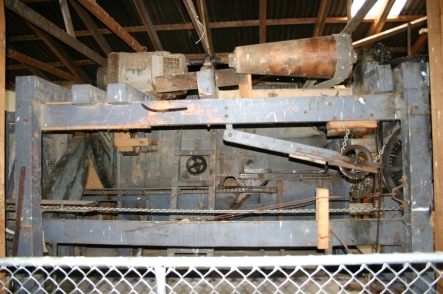 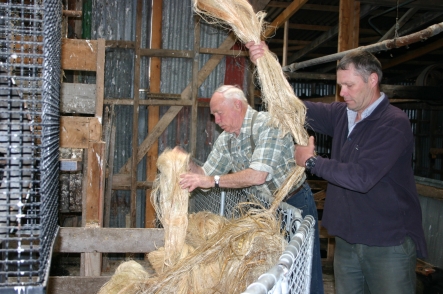 Des and his son Vaughn Templeton sort hanks of stripped and sun-bleached flax fibre for scutching.