Elusive Butterfly of Love sung by Bob Lind as chosen by Terry Patterson of Auckland.

Ele Ludemann's been following the blogs of a couple of Australian academics who question whether humanities still have much of a place in university life.

Dunedin author Vanda Symon is back to review another couple of books, a new NZ crime novel and a long-awaited biography of Roald Dahl.

Nick Atkinson has new music, and watching the box is journalist, and now TV producer of Media 7, Phil Wallington.

After three decades of collecting historic documents and books, Des Schollum has decided to part with some of his treasures. Later this month, he'll sell a signed copy of Hitler's Mein Kampf, a Beatles autograph signed by all four members when they were in Auckland, and a page of notes written by Katherine Mansfield as she travelled to Cornwall for TB treatments.

Since 1918, children in the Palmerston North area have looked forward to visiting the Santa Cave. The tradition started at the Collinson and Cunningham department store. When that store was sold to Farmers, they carried on the tinsel-laced display of what goes on at the North Pole. But earlier this year, Farmers moved to a new location and dismantled the cave and its treasures. Te Manawa Museum has taken over the beloved treasures that have captivated generations of Manawatu families, including a clockwork Santa that dates back to 1935. 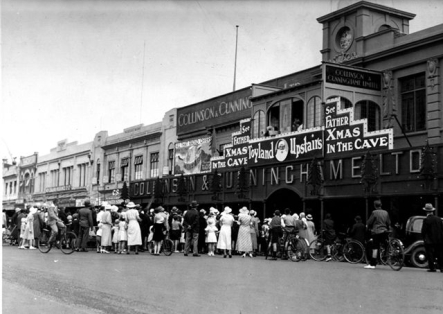 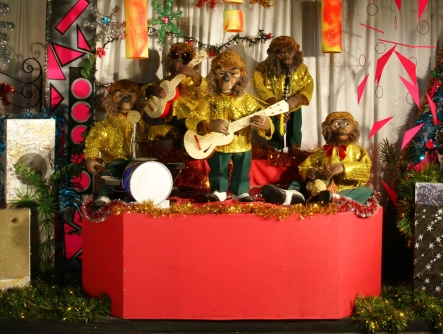 If you had to pick an iwi who are strong practitioners of te reo Maori, it would probably be Tuhoe in the Bay of Plenty. But how do those who live there think? Ana Tapiata talks to elder Hokimoana Hekerangi about her concerns for the language.

Are you a Self Destructive Denier or a Dependent Clinger? Maybe you're the know-all googler. Doctors secretly categorise us, we who sit patiently and trustingly in their waiting rooms.

Martyn Lobley is a GP in one of south east London's most challenging neighbourhoods. He is a very witty writer but with points to make as well from his time as a medical journalist. You can also read very learned and sober articles by him in The Times.

Prayas in Hindi is a word, derived from Sanskrit, meaning "endeavour" and the group's aims to bring Indian drama and music, to all New Zealanders.

Their most recent play Beyond the Land of, Hattamala - A tale of two thieves was performed earlier this year for their annual show. This time it's to raise funds for the Red Cross Pakistan Monsoon Floods Appeal.