Tihore Mai Te Rangi, sung by Moana and the Moahunters as chosen by Christine Dann of Christchurch.

Audio of NZ Live can be found on our music webpage.

Artisan Guns - recently nominated for a Silver Scroll Award and as Breakthrough Artist of The Year at the upcoming New Zealand Music Awards.

This morning another group of volunteers arrived in Samoa to help repair the damage from the devastating tsunami that hit a year ago next week. 143 people lost their lives. Joe Annandale owns the Sinale Reef Resort and Spa on the South Coast of Upolu, one of the worst hit areas. His wife did not survive. Volunteers, and the generosity of strangers, have allowed Joe to re-build the resort

It's not your Grandmother's radio soap opera ... You Me Now is a 25 part radio drama set around the lives of five young people who live in Wellington. You Me Now is a modern soap complete with a Facebook page, podcasting, Twitter updates and a website. 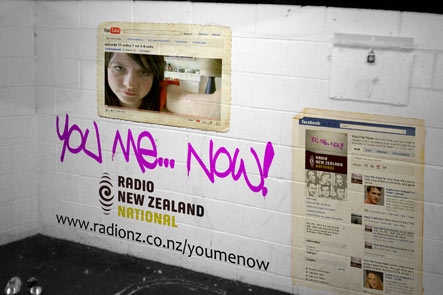 Love Is Alien written by Carl Nixon and ready by Annie Ruth.

At the last election, the voter turnout rate in the Maori seats was only 62%, way less than the 80% turnout in the General seats. Ana Tapiata talks with Tania Simpson about the need for civic education for Maori children as young as 12, so they can follow in the footsteps of their ancestors who lead the suffrage movement in NZ.

A Hard Day's Night - the third studio album by The Beatles.

Sarah McMullan has been to one of the year's most anticipated movies - Oliver Stone's sequel to Wall Street - Wall Street: Money Never Sleeps. Watch the trailer:

There was a week in the mid 1960s when "revolution" hit quiet, conservative old New Zealand.

Described by New Zealand History online as the moment the 1960s began in earnest here - seven days of pandemonium erupted in 1964 as young New Zealanders flocked to hear or just catch a glimpse of four young Liverpool musicians, called The Beatles in their only ever tour of New Zealand.

Kids wagged school, workers threw sickies …and the young went off en masse to the airport, the hotels and the concerts, and to the bewilderment of their parents… there they became hysterical.