Doledrums by The Chills as chosen by Andrew Dean of Christchurch.

How sounds are made. Identify the similarity between the songs, and you've won the game if you're first through.

A trip to the FIFA World Cup was always going to be a magical experience for Gavin Findlay from Papakura. He was there when Winston Reid scored against Slovakia in the dying seconds of their match. Gavin runs the New Zealand Celtic Supporters Club and with another Celtic supporter in South Africa helped deliver football gear to local kids. 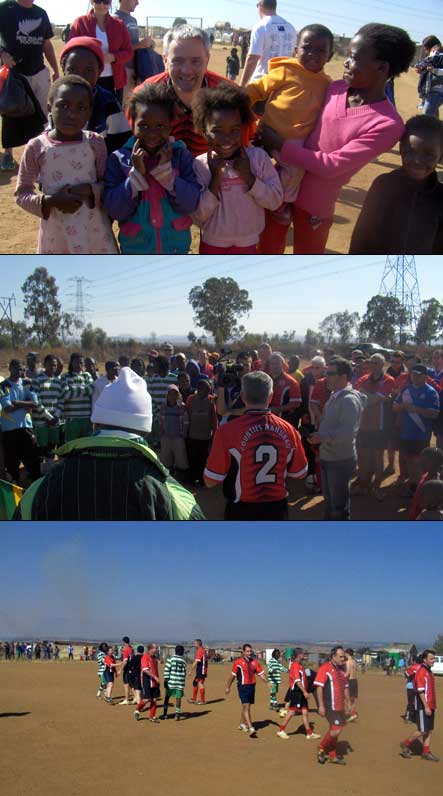 Last year the Dutch courts put her under the care of child protection services to prevent the trip, but a court has lifted the guardianship order and Laura is free to set sail. She must complete the two-year trip before she turns 17 in September 2012 to break the record.

How To Watch A Bird by Steve Braunias

To be successful, Maori need to draw on the innovative, courageous and strategic thinking of their ancestors. Elder Te Rangipuawhe Maika talks with Ana Tapiata about how Maori used to be strategic about the wellbeing of their people.

Get up With The Sun by singer/songwriter, Corben Simpson

Bits and bobs
The remaining pool of unallocated IPv4 addresses could be depleted as early as December due to unprecedented levels of broadband and wireless adoption in the Asia Pacific region. (Stuff report)

Lisa Thompson has been meeting Aucklanders' who are keen to take up a challenge and stand in the upcoming Auckland Council elections.

4:06 The Panel with Alison Mau and Barry Corbett

The Panel discusses if it matters which Kiwisaver provider you choose; the student loan burden; the importance of love and kindness to your very young children in helping them cope with stress later on and foreigners owning New Zealand.