Auckland based producer and musician Nick Atkinson has a couple of music tracks we must listen to.

Kudos by Surf City
Easin' In by Edwin Star

Blogs by freelance writer and author of Homepaddock.wordpress.com - Ele Ludemann

Anna Wolfe had a brain tumour,and mixed posts on that with others on politics and life.
Kismet Farm blogged on her horses, battleswith bureaucracy and latterly a few posts about cancer. Her husband left a post last week telling us she'd died.
The blog of Lee Ann a US mother whose son was killed in Iraq.
http://stoatspring.blogspot.com/
http://inastrangeland.wordpress.com/ 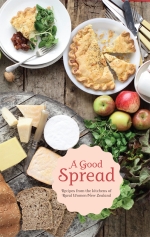 In 1965, the Women's Division of Federated Farmers published a recipe book filled with classics like sultana slices and whitebait soufflé. These dishes graced tables up and down the country at Ladies a Plate affairs, and kept shearers well fed.Now an updated version of that classic culinary bible is out. It's called A Good Spread: Recipes From the Kitchens of Rural Women New Zealand.Members of Rural Women NZ were asked to send in their favorites along with stories about the traditions that went with them.You can see Ruth's easy piklet recipe on our website and facebook pages.

To astronomers, it's the holy grail,witnessing a total eclipse of the sun. Thousands of people travelled to the South Pacific to see the sky turn black as the moon slipped in front of the sun. Amongst them is this afternoon's guest Heather Couper, international writer on astronomy, space and science.
Auckland Astronomical Society.

Now the second episode of Up The Nile with Burton.

Dinah Priestley and her travel companion Tony Burton continue their progress through India as they head towards Egypt and Istanbul.

Ngati Porou elder Ramari Nepia has known the new chief executive of the Maori Language Commission since she was a child.

In He Rourou today, Ramari Nepia tells Ana Tapiata why she believes Glenis Phillip Barbara is suited to her new role.

A Brief History of Love is the debut album from British electro-rock duo The Big Pink. 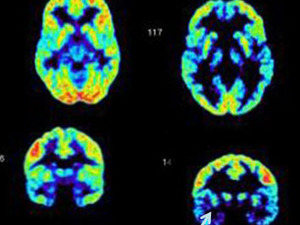 It started as a lark,the ultimate party trick for the next family barbecue. Emeritus Professor Jim Fallon is a Neuroscientist at the University of California . His work focuses on the biological basis of human behavior. He's studied the brains of more than 70 murderers, looking for any similarities. One day, his 88 year old mother asked if he'd ever looked at his own family history, on his father's side of course. Fallon discovered seven murderers on his fathers' side of the family. The infamous Lizzie Borden, who was accused of murdering her father and stepmother with an ax in 1892, is a relative too. So he decided to analyze his own brain and genetic factors. What he discovered surprised even himself.

For the Filipino community, music is an integral part of everyday life, and culture. It brings families together, sets the scenes for festive activities and allows for the blossoming of romance.

But what happens when individuals and families move away from the Philipines-how do they keep their love of music and culture alive?

Sonia Yee found a local group in Wellington who have been getting together for more than ten years. And the group known as The Wellington Filipino Community Choir hopes to raise funds to build a local community hall, but for now, they're happy to gather and practice at the Abundant Life Centre all for the sake of song.