Three Dunedin students are so upset at the thought of losing their local pub, that they've decided to try and buy it. 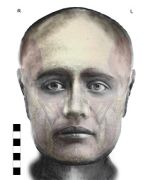 We talk to facial anthropologist Dr Susan Hayes, from the University of Western Australia. She has come up with a computer image of a Marlborough woman who died more than 600 years ago (right).

We continue our reading of Shot by Sarah Quigley.

Lena has had surgery to repair her ear shredded in a shooting incident. But it hurts and she doesn't feel funny anymore. She has been a stand-up comic.

The 1960 LP which gave Ray Charles the Top 10 success he craved for, after the single success earlier of "What'd I Say"

It's a sort of concept album involving many different areas of the United States.

Web and the Clouds Is big and and centralised. Is it still the way to go in the age of the always on distributed web.

What's the rational in folding the National Library and Archives into the Department of Internal Affairs. The argument goes that this will produce more efficiencies - but as in the Auckland City example, is this still the case?

Every week a group of volunteers and their pets, visit Oranga's classrooms as part of the Outreach Therapy Pets programme. Jointly run by the SPCA and St John, the reading programme is helping pupils improve their literacy skills and boost their confidence.

The SPCA and St John are calling for new volunteers and their pets to help expand the pet therapy programme within the greater Auckland area. If you are keen to become involved, please contact either organisation.

At the University of Otago in Wellington, there's an artificial mouth. It has saliva, it's given meals, occasionally it even has teeth, and it's used to study plaque.

Finlay MacDonald and Bernard Hickey are our guests.