New Zealand's Maori and Pasifika Trades Training organisation is this week handing over newly-built houses in Fiji as part of the Cyclone Winston rebuild.

The group upskills New Zealanders and helps to find them jobs, but took a dozen trainees to the Loqi settlement near Lautoka to help build cyclone-resistant houses.

The group's Communications Manager, Ben Chapman-Smith, has just returned from Fiji and told Alex Perrottet families there are still in great need. 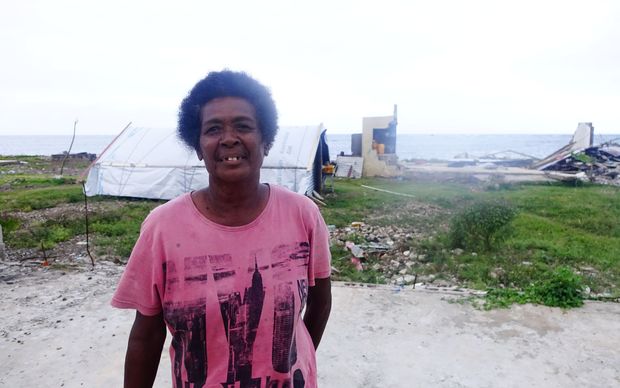 BEN CHAPMAN-SMITH: Going into a really poor community, hugely eye opening to see how the people live there so this home that we built was probably about he size of a generous workshop in New Zealand, you know so if you had a workshop in your backyard it was probably about that size, just one room, so what we did is we dug in and concreted in the pilings, really strong foundations, so everything was concreted into the ground, and then just lots and lots of strapping, so everything was strapped down real heavily so it's not going to lift off in a hurry.

ALEX PERROTTET:  These people have been through so much, what impressions did they make on you after you'd been welcomed in and living in the community for a week?

BCS: The Fijians just, they overwhelm you really with your hospitality.  Personally I just think they are the most friendly people I've met in the world.  I'm just always blown away by the Fijians.  Everywhere you go there is someone saying 'bula vinaka' to you and even if you are just walking past them on the street or they are driving past you.  We were really touched by this little settlement we went to because they are really poor people.  I think mostly sugar cane farmers.  They don't have much at all and yet every time we sat down for a meal, the table was sort of creaking under the weight of it.  We weren't quite sure where all the food came from or how they managed it.  We were just really humbled by the fact that they had been through so much and were such a poor community yet they were so generous back towards us.  The handover day for both the houses is coming up and apparently that is always just a really emotional day for everybody involved.  What we had built there in a week was like a 20-30 year dream for these families. That was their whole life dream really to have that, what we would consider a pretty small shelter, but for them that was like a palace.  It was a very humbling experience and I think for our trainees, I think they were really moved by it as well.  It was really hot up there, baking hot and there wasn't a huge amount of shelter but the guys just got stuck in and just worked so hard and were really inspired to do a good job.

AP:  And it shows you with even a little bit of investment, you can make a difference to a family that has been waiting decades for that, it means so much to them.

BCS:  The thing is, in our team, yeah there were some carpenters in there who had good skills but some of the team, sparkies or plumbers or even hospitality, they didn't even have those building skills but with a little bit of guidance they could put to use those skills they had or at least the desire to work hard.  That made a huge difference because they could they do certain jobs like digging holes or just hammering nails and things.  They didn't have to involved in the planning or cutting timber on angles or more of the technical stuff.  So you don't need to have a lot to make a difference up there, just a desire to help and work hard and do your best. I talked to the trainees and they just thought mate this is such a worthwhile project and anybody could come up here and do this.  It is just looking outside of our own communities and seeing that there is a need up there as well.