The National Party has yet another leader and yet another deputy leader who together aspire to rejuvenate and lead a cavalcade, not a cortege, but will need to listen to our Pacific communities to reach new voting populations, writes Richard Pamatatau.

The party caucus has anointed Chris Luxon and Nicola Willis to be its latest 'A-Team', making their way forward in matching power suits - one navy blue, the other cerulean-adjacent.

Both have ticked the 'had-commercial-experience' aka 'real-jobs-in-the-real-world' box, before opting for political service where the pay is comparatively less, the hours longer and the scrutiny more surgical than flattering.

Meanwhile the commentary from pundit after pundit has predictably and narrowly zoomed in "the business" aspect, followed by how and what the new leadership needs to do to lift National's persistent dismal play in the political theatre. How the new team will actually assure voters that their version of centre-ish life is better than Labour's, while prising defectors from Act, is still to be seen. 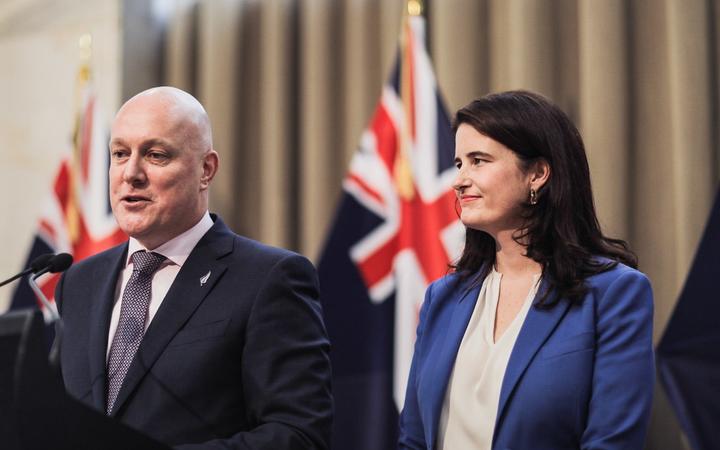 Both Luxon and Willis have work to do if the self-titled reset is to be more than something they said and said and said.

And that's fine if it works.

Nobody would argue against having an effective right of centre opposition to critique a powerful, and arguably successful Labour government that is sitting on top: low Covid death rates compared to other OECD countries; a solidly performing economy according to Treasury figures; low unemployment; and of course a population with double vaccinations likely to hit 90 percent in the coming weeks. What's not to like?

Luxon has trotted out what National will do. It's more of a more of the same sermon as he shakes the tambourine: productivity; one country, one rule, one law; pro-trade; more business; yadda yadda yadda.

Oh, and the Three Waters project that aims to shore up shabby water matters will be gone, rethink of MIQ, moreish housing, and more-ish ICU capacity.

It's a basic proclamation of we-can-do-this better. Put your faith in National, hallelujah you better believe it. Not a lot about listening - just we know what is best. But best for whom?

Luxon has pronounced he wishes to draw a line under the party's past four years' troubles as he talks about the failings of Labour. There is an irony there.

You could call it delusional at best when the fifth political leader slams a stable government of the day for steering the country through two years of Covid.

Moreover, telling the government of the day what to do from a house of disorder is tone deaf.

It appears that National has been infected by an internal pandemic - one of its own making caused by scant succession planning, a dearth of vision, disunity and so much more. 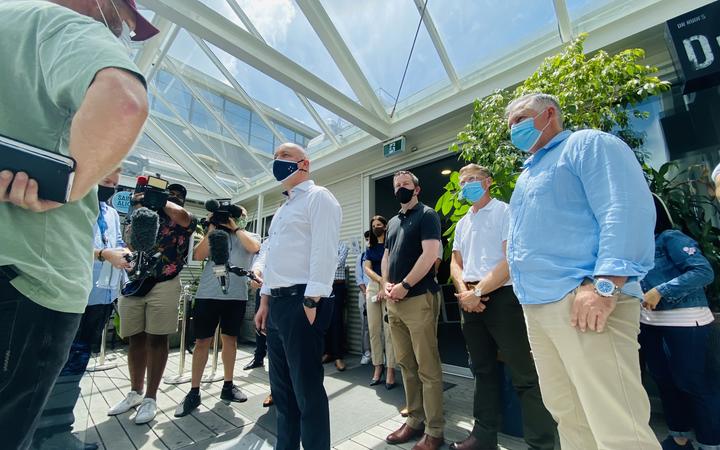 National will have some decontamination to do as it activates a process to get the ship on track and works out who will be eventually jettisoned to find fortune at seek.co.nz or other places.

The former attorney general has publicly offered career counselling which could be read as instructive, or prescient or just get on with it.

Moving forward the tidy-up-time and naughty-corner is going to be something for Willis (who has been described as Ruth Richardson lite by an older observer) to supervise.

While she's at it parsing the social media postings of some of the publicly God-supporting MPs might also be instructive.

It's important to have a strong and informed opposition. The question is, how does the opposition make itself known by having MPs whose seemingly innocent social media posts drive nasty demeaning, misogynistic, sometimes violent, and often simply ignorant commentary? It seems some MPs are taking pages from the Trump playbook here, harvesting likes and provoking trolls. Free speech is one thing, unhinged carry-on is another.

All of this will need to be examined by Willis, because such behaviour may be expected these days, but it is not useful. We've seen National MPs with private medical information obtained by deceit, sending inappropriate pictures to young women, masquerading on the Internet as a woman to solicit intimate pictures from men. Not to forget the incident that gave rise to the current upheaval.

This sits within a broader context of bullying, something that is a hallmark of political behaviour and is sadly to some degree part of the modus operandi of Aotearoa New Zealand.

Drawing a line is one thing. But what's really needed is for Willis to get out the disciplinary Janola and scrub and scrub.

Willis has an opportunity to sort out the 33 MPs and get National onto some semblance of a track to show it can be responsive and smart.

The other matter over which a line cannot readily be drawn is National's ethnic uniformity. It's hard to see a reflection of modern Aotearoa New Zealand when they gather together behind the podium.

National needs more MPs like Melissa Lee, who is a long-serving beacon, competent and by many accounts respected across the house. And they must do more than an ethnic box tick.

The interim leader for a few days Dr Shane Reiti is another example of competence that was overlooked. 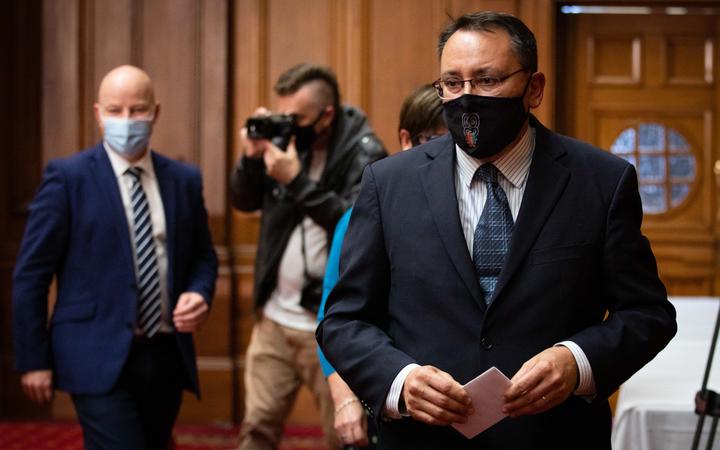 The party has tried in the past to brown-up with Pacific-identifying candidates. Over the years a number have passed through the ranks: Anae Arthur Anae, Peseta Sam Lotu-Iiga, Alfred Ngaro and Agnes Loheni. None are in Parliament at present. In fact, last year Ngaro and Loheni were too low on the list to get back and National did not secure safe seats for them to contest the election - as has been noted by right of centre Pacific observers.

That is an opportunity for National. Once the uneasy task of cleaning is complete and the house is in order, the party must begin a recruitment process and actively pursue talent that takes it beyond the status quo and into new voting populations.

One wonders how effective the Pacific Blues are when it comes to outreach. There are, after all, young Pacific people out there who are looking for a political home that Labour might not be able to provide.

What remains to be seen is if National's new leadership can reset in a meaningful way that will take all of Aotearoa New Zealand with them. That means reaching out, and listening, to our Pacific communities as well as the general population.

*Richard Pamatatau is a journalism academic at AUT University. He teaches public affairs reporting, journalism law and ethics and writing.