Mass vaccination events are planned in American Samoa, a court-excluded by-election candidate in Samoa wants a review of that ruling, and a new network is being set up to foster Pacific women in leadership. 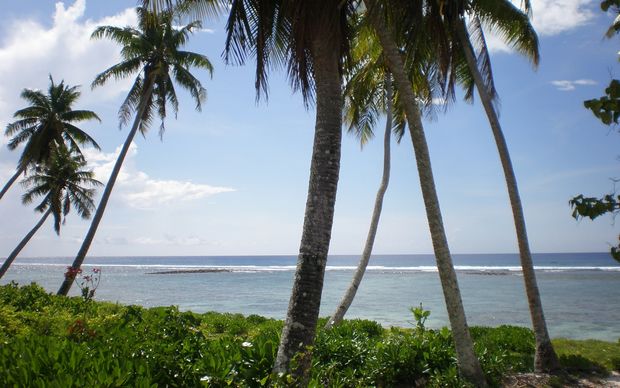 The HRPP candidate for Samoa's Falealupo electorate wants a review of a decision to exclude him from tomorrow's by-election. Photo: Supplied

Call for judicial review of by-election candidate's exclusion in Samoa

A judicial review is being sought on this week's Supreme Court decision that disqualified a candidate for the Human Rights Protection Party from running in the by-election tomorrow.

Tuitogamanaia's lawyer, Aeau, said the action was filed on the grounds her client's fundamental rights under the constitution had been breached.

Ruling FAST party candidate Fuiono Tenina Crichton for the electorate was handed the seat by a Supreme Court decision on Monday, which disqualified Tuitogamanaia for not rendering religious service to the Congregational Christian Church of Samoa.

The minister for the congregation had confirmed that Tuitogamanaia had given monetary contributions as religious service to the church, which was rejected by the court.

Aeau said if the court favoured the application, it opened the door to the possibility for Tuitogamanaia to compete in the by-election for the Falealupo electoral seat.

American Samoa's Covid-19 mass vaccination programme is planned to start soon on the main island of Tutuila, with the dates now shifted to the first three Wednesdays of December; 1, 8 and 15 December. It will focus on schools and villages.

The plan was approved by the Covid-19 Task Force this week, and includes offering $100 cash incentives to those getting their first and second dose of the vaccine.

The mass vaccination were originally planned to happen on 1, 2 and 3 December, with a planned government shutdown, but the private sector voiced its opposition.

In a statement, the task force said there would not be a government shutdown. It said most vaccination sites would be set up at schools and in church halls in areas the village mayors had identified would be easily accessible to residents.

Mass vaccinations for the Manu'a island group will happen over two days later next month.

A total of 10 vaccination sites will be opened on each mass vaccination day in each district.

Pasifika vaccination rates in New Zealand sure to rise

This week authorities said 90 percent of Pacific people within Aotearoa have had their first vaccination. But that number is expected to climb further before the summer holidays.

Sio said the numbers were expected to climb further.

"We have achieved first dose 90 percent - that means in three weeks time they will all get fully vaccinated. But we will continue pushing for higher rates of vaccination leading to the Christmas period."

Visit the Ministry of Health website to book a vaccination, or to find a walk-in vaccination site.

Launch of programme to support women in regional leadership

The heads of the nine Council of Regional Organisations of the Pacific agencies - or CROP - have launched a regional network to help boost and support women in regional leadership roles.

The CROP Women of the Wave Network aims to further the careers of women, and to expand the connections and opportunities in a sector where the amount of women in senior positions are lagging.

Secretary general of the Pacific Islands Forum, and chairperson of CROP, Henry Puna, said women are significantly under-represented in leadership positions across the region.

He said the new initiative would bring benefits and diversity at various levels across the Pacific.

"The WOW Network will be an inclusive, informal, inspiring, and organic network, open to all women working in CROP agencies, and responsive to their needs and requests.

"The network will include events, talanoa and mentoring. We encourage all CROP women to get involved and shape the network".

American Samoa -based StarKist food company has begun a trial of a second staff shift, after a shortage of staff forced it to reduce production to one shift six months ago.

StarKist vice president Michelle Faist told KHJ News that operations at the cannery were still being affected by a labour shortage, which impacts its ability to operate at full capacity.

The company hired more than 300 workers from Samoa under the guest worker programme, and plans to hire more.