"Stay in the game! Get your Shot!" - That's the message Pasifika sports' stars are taking to a vaccination event in Auckland this week.

Several high profile current and former sports people are backing a two day drive-thru event at the Māngere East Hawks Rugby League Club, saying it's crucial people get vaccinated so that players and fans can return to the field. 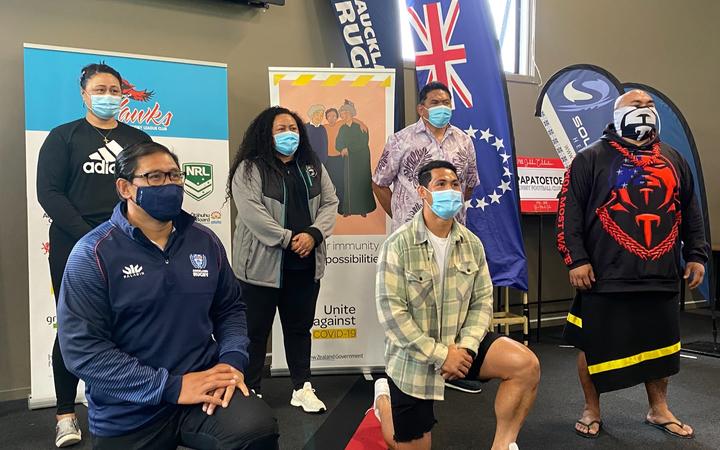 Former Silver Fern Linda Vagana was a force on the netball court, now she wants to score some wins with getting people vaccinated.

"That's a Pasifika household, that's a Pasifika village, so it makes sense for me today to stand, and to take a stand with my fellow athletes here, because we have seen what a pandemic can do," she said.

"We lost about 82, 83, youngsters in Samoa due to not being vaccinated for measles and so I believe there is so much more harm in not getting a vaccination then there is to getting one."

For the past month she's been connecting with the netball community, making calls and sending emails, encouraging members to make the most of the drive-thru event this week. 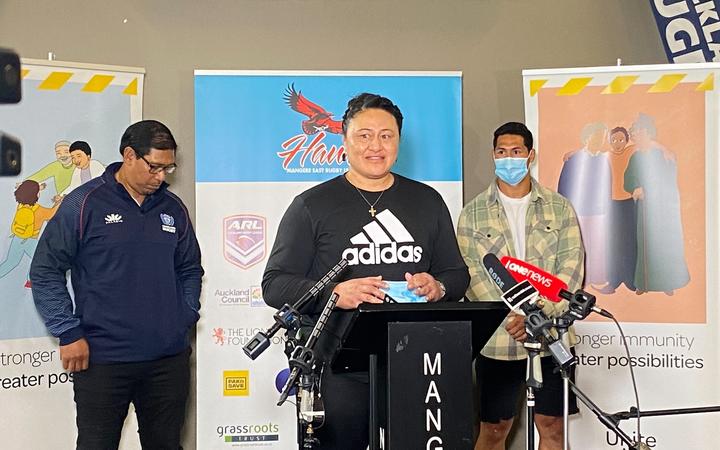 An emotional Linda Vagana explains why it was important for her to get vaccinated, and to encourage others to get get jabbed. Photo: RNZ / Talei Anderson

"My emails have been mental with trying to share the message across all the platforms for netballers, and on top of that it'll be just turning up and saying good job to everybody who's actually doing all the hard work."

The message is simple, she added.

He said apart from being a staunch Magele (Māngere) boy, he wants to ensure Pacific communities, particularly those who can't get vaccinated, are being looked after. 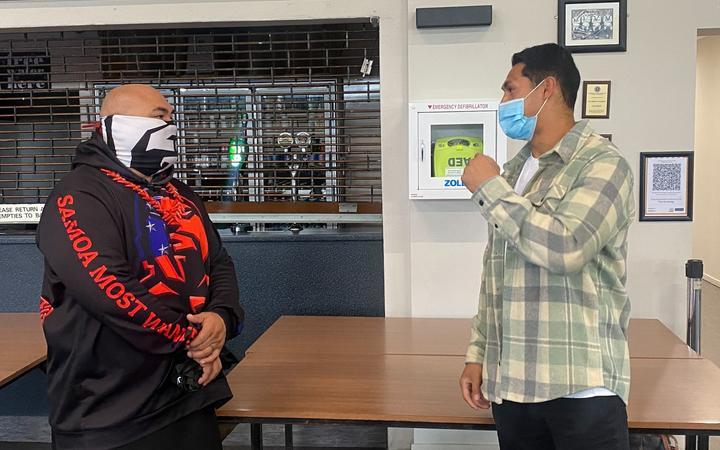 "My health is compromised, that's why I'm here to support what legend [former Manu Samoa captain] Lemalu [Semo Sititi] and the team are doing to making sure that young people, our youth, and those who are not vaccinated can get not only their first jab but their double jab," he said.

The proud south-Aucklander will be at the league club to support anyone wanting their first or second jab this weekend, as long as it's to the arm.

"I'm all ears you know. We're just public servants at the end of the day and so I'm lending a shoulder, a hand or a foot or whatever you know I'm here to help."

League turned union man Roger Tuivasa-Sheck said it's a no-brainer to get behind a community which has continued to support him throughout his footy career. 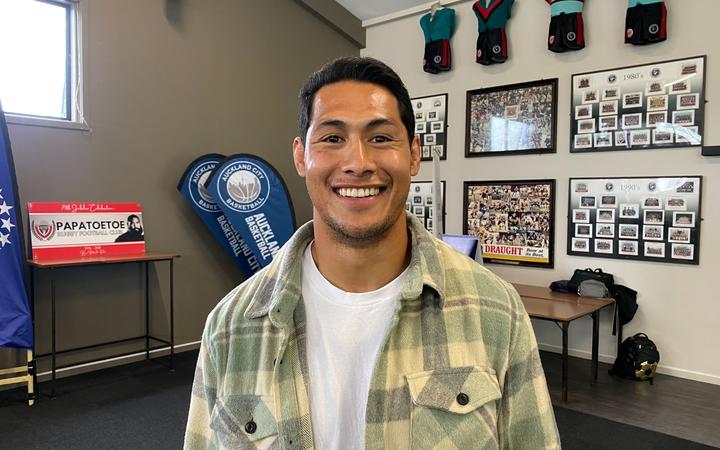 "That's what sports is all about, it's just about bringing families and friends together and I think a lot of people all across the world and New Zealand just want to do that, they want to get back to that everyday socialising, playing sports and having a laugh with their mates."

In solidarity and unity many codes are working together for this weekend's event to support it's membership and the wider sporting community. All are welcome.#PasifikaSportsCollective pic.twitter.com/GQAICMSOHG

"This is the last 15 minutes of the game, and we've got to really put all our effort into it, to be able to reach that 90 percent of fully vaccinated people here in Auckland."

Anyone needing their first or second dose are encouraged to drive through this Friday or Saturday.

There will also be an opportunity for people to walk in or to enquire about the vaccination itself, with health practitioners, nurses and other staff available to answer any questions about the vaccine.