The French authorities made the announcement as the pro-independence FLNKS called on its supporters to boycott the vote after France refused to delay it to next year.

If the call is heeded, the anti-independence side is all but certain to again have a majority as it did in the 2018 and 2020 referendums.

To ensure a safe voting process in December, the French High Commissioner Patrice Faure said 1,400 armed police will be flown in from France, including 15 mobile units. 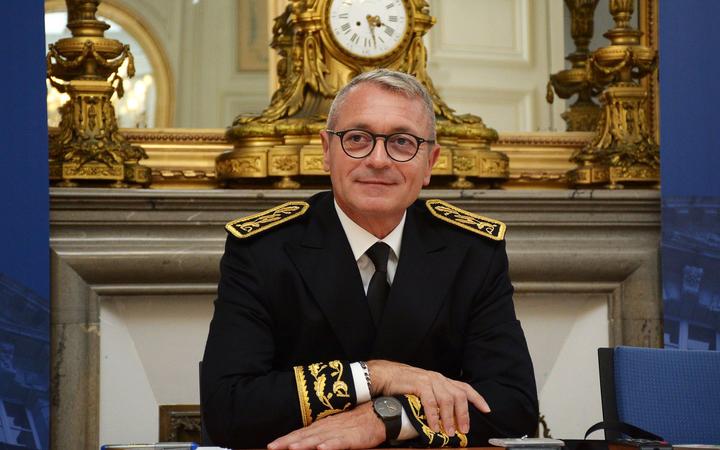 Just over a week ago, a contingent of 250 armed police arrived in Noumea as first reinforcements for the referendum.

The police's elite tactical response unit will also be reinforced to deal with any situation that may arise.

160 vehicles, 30 armoured carriers, two helicopters and a transport aircraft are due in the next weeks.

60 investigators will be flown in to stay for as long as needed.

There will also be a cyber unit dedicated to respond to hate speech and calls for violence on social media.

General Christophe Marietti, who oversees the security operation, said the deployment, which is twice the size of the one at the 2018 referendum, is meant to be 'reassuring, dissuasive and reactive'.

After the 2018 plebiscite, rioting south of Noumea closed the main road, which police managed to reopen after two days.

Both the French High Commissioner and the overseas minister Sebastien Lecornu have said the vote is to go ahead as announced in June despite the calls to defer it because of the Covid-19 pandemic.

Lecornu said in democracies votes are held on time and only an out-of-control pandemic could make a date change possible.

More than 10,000 people caught Covid-19 since the start of the latest community outbreak in early September and more than 260 people, mainly indigenous Kanaks have died.

The FLNKS said its campaign is being hampered because Covid-19 measures restrict meetings.

It also argues that the Kanak people are in mourning, and therefore the referendum should be postponed to September next year.

The wish to delay the vote is also being supported by the Melanesian Spearhead Group.

The anti-independence camp has meanwhile resumed its referendum campaign, dismissing the rivals' concerns by pointing out that the issue at stake has been debated for the past three years.

It also said that it was the pro-independence politicians who in April wanted a third referendum when others were against holding another one.

Lecornu has said 18 months after the December referendum, another vote will be held on the next status of New Caledonia.

Paris outlined in a paper in July what the consequences would be of either a yes or a no vote.

A yes vote would open the way for an arrangement of partial reintegration into France while a no vote would, after a transition phase, usher in a sharp rupture.

He said the French state had recognised the innate and active right to independence of the colonised Kanak people.

He also said the Kanak people accepted to include in any future decolonisation process all the various communities that settled as part of France's colonisation.