The mortuary is now filled beyond capacity with more than 300 bodies stacked on top of one another, as more Coronavirus victims are brought in from the hospital's wards and private homes. 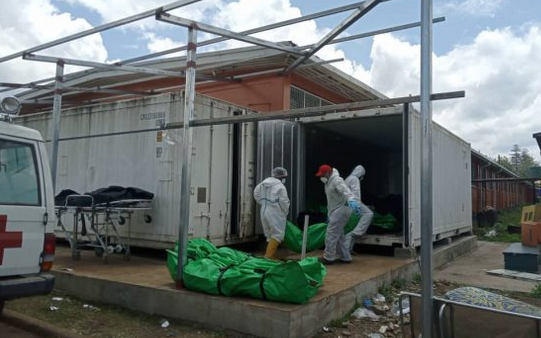 The morgue, which was built 30 years ago, has capacity for 60 bodies.

Mr Kipit said the city commission would help ensure the hospital had the logistical support needed for a mass burial.

Meanwhile, Prime Minister James Marape has told provincial health authorities to buck up in the fight against Covid-19 or they will be replaced.

And the first six of a 10 person medical team from the United Kingdom arrived in the country on Sunday.