Vanuatu Helicopters has been forced to ship its two Robinson choppers to New Zealand for maintenance.

The aircraft have been idle since April 2020 because of a lack of maintenance and a qualified engineer. 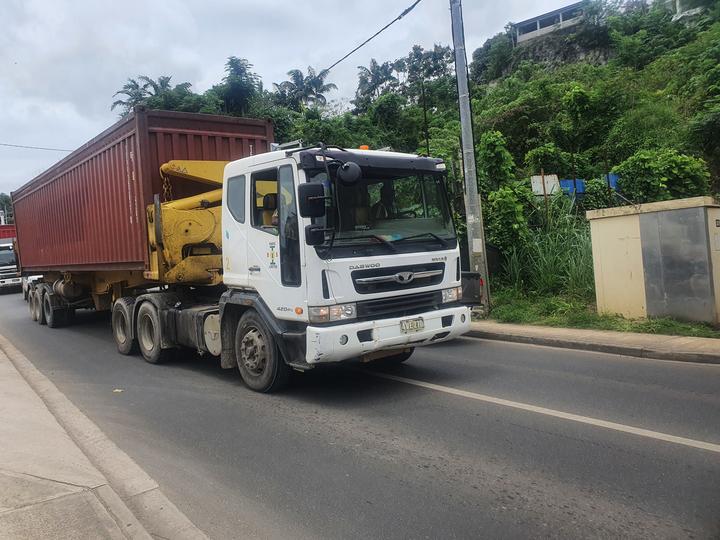 An RNZ Pacific correspondent in Port Vila says the choppers are now sitting on the wharf waiting for the next available ship to transport them to New Zealand.

The chief pilot of Vanuatu Helicopters, Andy Martin, said the last operations that involved the choppers were during cyclone Harold last year.

He said it would be a worry if the two helicopters are not back in Vanuatu after maintenance works because the country is approaching the cyclone season.

A police officer in Samoa has been suspended over allegations she forged the signature of her superior.

Corporal Tuitogamatoe Su'a alleged used the signature for police reports sought by those applying for the Recognised Seasonal Employer scheme.

The suspension, which happened nearly two weeks ago, has been confirmed by Acting Police Commissioner Auapaau Logoitino Filipo in response to questioning from Radio Polynesia.

It is also alleged that Ms Su'a forged the signature of her superiors to receive on-call salaries, allocated for officers that are called back into work.

Its unclear whether a criminal investigation is underway with Auapaau declining to comment.

A couple from Faleasi'u village in Samoa are being investigated over the death of their three-year-old baby girl.

TV1Samoa reports Assistant Police Commissioner Auapa'au Logoitino Filipo confirming the couple had gone shopping on Wednesday with their daughter and left her in the locked car while they went inside the store.

He said this was the first such incident to happen in Samoa.

Act makes it easier to do business in Palau says ADB

The Asian Development Bank (ADB) has welcomed the passing of a new Corporations Act in Palau.

The bank says the act will make it easier and faster to start and run a business in the country.

More than five years in the making, the Act was developed with support from the Pacific Private Sector Development Initiative.

The initiative is an ADB technical assistance programme undertaken in partnership with the governments of Australia and New Zealand.

The ADB says the new act modernises and simplifies business start-up and operation requirements by eliminating unnecessary and outdated formalities, which will make it simpler, and more cost-effective to do business.

Meanwhile, the ADB has approved a new energy policy to support universal access to reliable and affordable energy services.

It will also promote a low-carbon transition in Asia and the Pacific.

Polyfest in Dunedin, New Zealand is happening solely online for the first time in its 28-year history.

Festival director Tanya Muagututi'a said she was determined not to let Covid-19 cancel the colourful celebration of Pacific culture, arts and dance this week.

More than 60 schools have been performing on stage for online broadcast under strict level two conditions at Dunedin's Edgar Centre since Monday.

The Samoan government has explained the rationale behind banning flights from American Samoa while allowing repatriation flights from New Zealand and Australia.

Director General of Health, Leausa Take Naseri, said it's because four cases in the territory there have still not been tested so it is not known if the cases are of the Delta strain.

He says there have been no positive cases of coronavirus from arrivals for Australia and New Zealand.