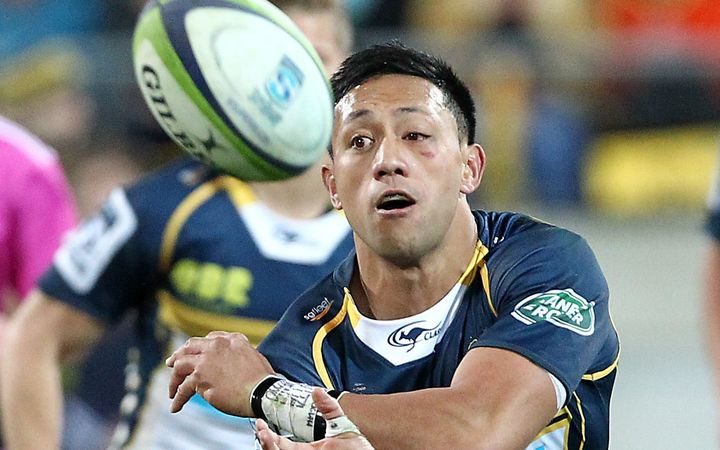 The 34 year-old has an impressive career total of 171 points with the Australian national side between 2013 and 2019, including a Rugby World Cup campaign.

Leali'ifano was a key playmaker in Brumbies Super Rugby campaigns between 2008 and 2019 with 150 Super Rugby appearances.

In 2016 he was diagnosed with leukemia. After a successful bone marrow transplant he returned to Super Rugby in 2017 before heading overseas for a short stint in Ireland's Pro14 and European Rugby Champions Cup with Ulster.

In 2019 he returned to play top level rugby, playing at first-five in the Wallabies side that put 47 points on the All Blacks in Perth, earning his first selection to the Rugby World Cup in Japan where he played four Test matches.

In recent years he's been plying his trade in Japan's top league with Toyota Shokki Shuttles in 2018 and the Shining Arcs in 2019 and 2020.

Christian Leali'ifano said he was itching to pull on the Moana Pasifika jersey and to re-join the Super Rugby competition with the new team.

WELCOME TO OUR AIGA CHRISTIAN

"As someone who was raised a proud Samoan, there is massive appeal in playing for a team that celebrates my heritage and my culture," he said.

"I have been blessed with so many amazing opportunities over the course of my rugby career, that I feel I can give back to a special community that has always supported me regardless of what colour jersey I was wearing." 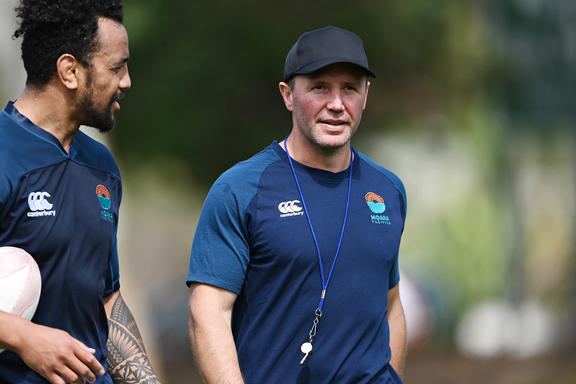 Aaron Mauger was an assistant coach for Moana Pasifika's match against the Māori All Blacks. Photo: PHOTOSPORT

"We're ecstatic that Christian has chosen to join our Moana va'a for the journey ahead. He brings so many great qualities that will serve our team well. " he said.

"Christian is one of those unbelievable players who oozes class as a footy player and a man. How he sees the game, how he plays the game and the level of professionalism and leadership he brings will play a huge part in our growth as a team and the development of the players around him."

Leali'ifano will make the move to New Zealand when he joins the squad for assembly in December.

He has signed with the club for the 2022 season with the option to extend.