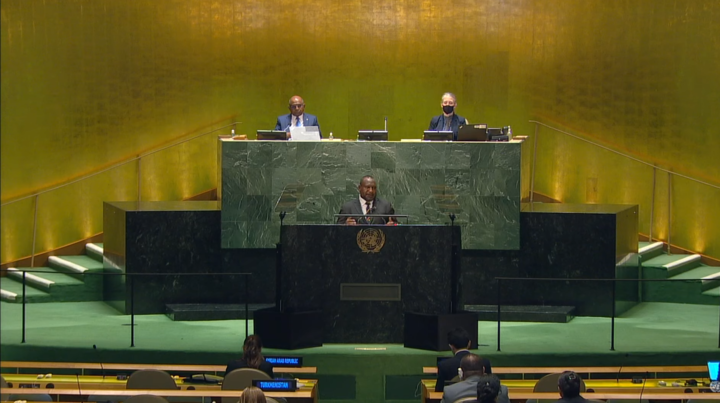 Community transmission is now widespread in many PNG provinces, and the Delta variant is gaining a foothold, with local health systems becoming overwhelmed.

Marape said PNG's partners had been of great help to it during the pandemic to date, including Japan, New Zealand, India, China, the US and Australia.

But he said PNG required further support for its national advocacy and awareness of the efficacy and safety of Covid vaccines.

Marape also called for global co-operation to improve access to Covid vaccines in countries where they are most needed. 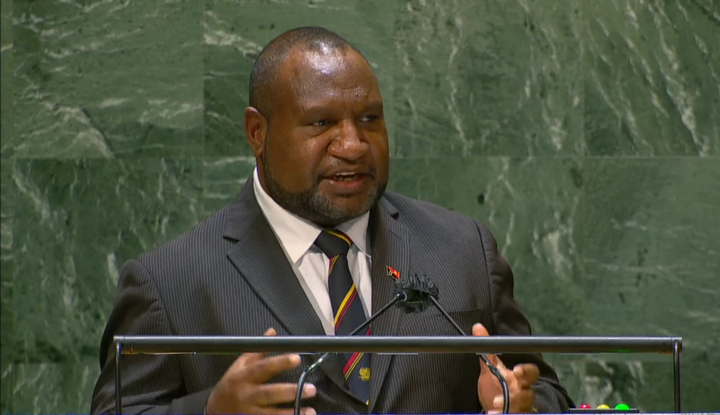 Marape called for urgent action to save the planet and its biodiversity from the ravages of climate change.

"May I remind us all that little children and their families are living in the seas of the earth in fear and uncertainty of what their future will be like.

"Because in their lifetime they have seen their arable and safe lands lost due to sea level rise and are watching as the structures that their lives are built upon slips away," he told the assembly.

"It is time the big carbon emitters of planet earth own up and apologise to the small island states and all other victims of climate change.

"And today I make a call to all of us and especially to the big carbon emitting nations, who are now enjoying their national economic transformations through industrialisation, to pause, think and take responsibility to save our planet."

Marape added to the calls by other Pacific leaders for the international community to collectively meet their Paris Agreement obligations and submit individual Nationally Determined Contributions without delay.

"We want to see major carbon emitters in the industrialised nations to be genuine and committed in their actions to fund climate change mitigation and adaptations."