Westpac forced to continue to operate its banks in Fiji and Papua New Guinea.

Australian based multi-national bank, Westpac, has been forced to continue to operate its banks in Fiji and Papua New Guinea.

Westpac announced last year it was selling its majority shareholdings in Westpac Fiji and Westpac Bank PNG Ltd for up to $AU420 million dollars.

Its preferred buyer was Kina Securities but the PNG Consumer and Competition Commission, the ICCC, has denied authorisation for the sale to Kina Securities.

Westpac has today announced that it will continue to operate the Pacific businesses while it reviews the impact of the decision on Kina Securities.

One of the world's largest planes has landed in Fiji.

Fiji Airports reported the Antonov-124 aircraft stopped over for refueling at Nadi while flying from Hawaii to Australia.

The Antonov-124 is a large, strategic airlift, four-engined aircraft that was designed in the 1980s in the Ukraine, then part of the Soviet Union (USSR).

There are currently 26 civilian models in operation. 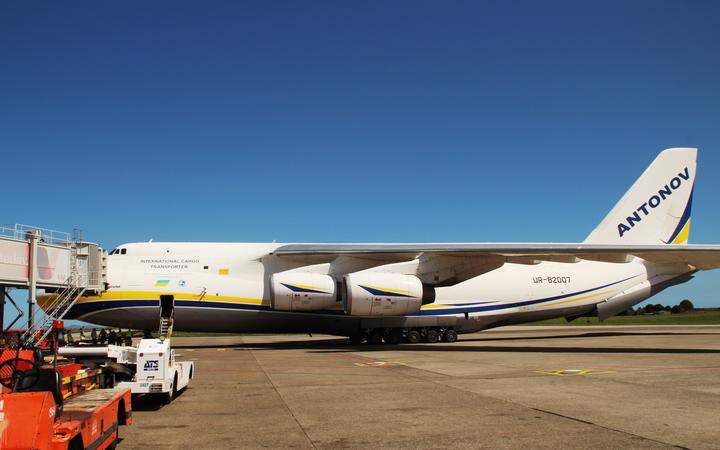 A Pacific netball team is set to feature in a four-team mini-series in Queensland Australia.

It's been formed through a collaboration between Netball Queensland, Sunshine Coast Lightning, Queensland Suns and the PacificAus Sports partnership.

The 'Born to Shine Series' aims to provide players and coaches the opportunity to gain a tour-style experience in a top quality competition, with teams to play matches at the Sunshine Coast, Toowoomba and the Gold Coast.

The Fiji Pearls' head coach, Jennzy Brazel, will coach the inaugural Pacific team featuring a range of Pasifika athletes including Fiji's Ema Mualevu and Matila Vocea who played with the Northern Rays throughout the year.

The first games are scheduled to kick-off tonight, with the Pacific team playing the Quensland Suns at 5pm (Queensland time) at the USC Stadium.

Solomon Islands have been thrashed 6-0 by Morocco in their opening match at the Futsal World Cup in Lithuania.

The Kurukuru conceded three goals in each half against the African champions.

Soufiane El-Mesrar opened the scoring in just the second minute before Achraf Souad doubled their advantage a minutes later.

Idriss Raiss El-Fenni made it 3-0 close to half-time, while Bilal Bakkali, Otmane Boumezou and Soufiane Borite all found the back of the net in the second spell.

Solomon Islands, who are competing in their fourth consecutive World Cup, are back in action on Friday morning against Portugal, who outclassed Thailand 4-1 in the other Group C clash.