The Prime Minister of Papua New Guinea, James Marape, says nothing can be pre-determined on the question of independence for Bougainville. 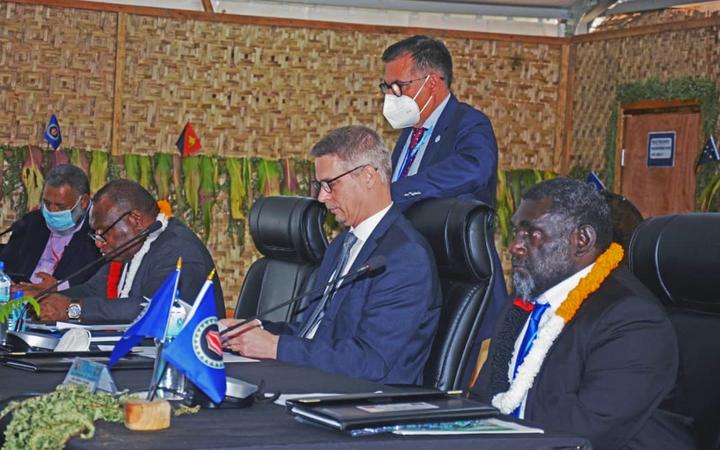 The autonomous region and the PNG Government are now in consultations over Bougainville's push for independence.

In a statement Marape, who has said the prospective independence of Bougainville is the greatest issue facing PNG, has spelt out where his government diverges from the autonomous region on the matter.

He said independence is one possible option, but nothing can be pre-determined, but rather the consultations will take their course and then the PNG parliament will decide.

Bougainville President Ishmael Toroama has said the region expects to be independent by 2027, at the latest.

In July Toroama spoke of a roadmap that should lead to the transfer of many powers by 2023, and full independence in 2027.

Marape said a number of the immediate steps Bougainville is seeking, such as the transfer of powers for defence, foreign relations and border control, are neither practical or legal, under the national constitution.

He said such constitutional amendments could not happen before the National Parliament has made its decision on the final political settlement.

But Marape said neither he nor his government could legally make any commitment on independence.

He said the final decision making authority is vested in parliament and this is why it's vital all Papua New Guineans have a say in the process.

Marape said the roadmap that has been agreed is for a final proposed political settlement to be put before the National Parliament for a vote in 2025.

Then subject to the MPs agreeing on a political settlement, whatever form may take, implementation will occur in 2027.

Marape said his cabinet has agreed on a national strategy to consult with the people of PNG as the two governments undertake their negotiations.

A former Speaker of the Bougainville parliament, Andrew Miriki, said national consultations on the independence issue are out of order.

He said there is no allowance for such talks in the Bougainville Peace Agreement.