The alert level for the Pagan Island volcano has been raised to one with the volcano exhibiting heightened unrest.

The Northern Marianas government is advising mariners and the public to avoid the area around Pagan for their safety.

The U.S. Geological Survey upgraded the alert level for Pagan following an observation of low-level emissions from the volcano for most of last Wednesday.

The island has been largely uninhabited ever since most of the residents were evacuated due to volcanic eruptions in 1981.

"We continue to co-ordinate with our federal partners through our team at the CNMI Office of Homeland Security and Emergency Management about the evolving situation on Pagan. 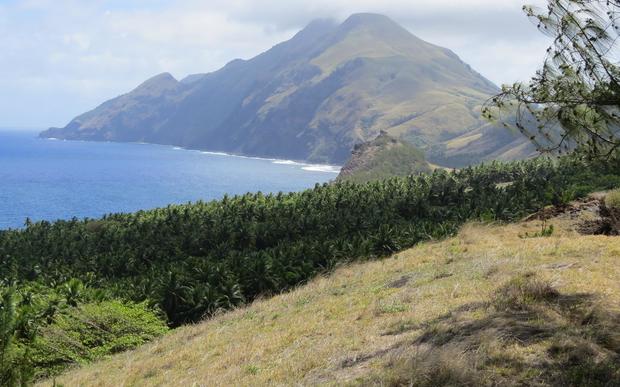 The island of Pagan in the Commonwealth of the Northern Marianas Islands. Photo: Peter J. Perez

We ask our residents and boaters to steer clear from the immediate area around Pagan said Governor Ralph Torres.

The safety and protection of our residents are a paramount priority, and we will continue to work closely with USGS on next steps forward," said Torres.

Under the USGS alert-level system for volcanic activity, orange watch, which has been issued for Pagan, means the volcano is exhibiting heightened or escalating unrest with increased potential of eruption (timeframe uncertain) or that an eruption is underway with no or minor volcanic-ash emissions but poses limited hazards.

After a brief pause in the emissions, a continuous low-level gas and ash plume extending 350 nautical miles from Pagan Volcano was observed in satellite images from last week indicating that activity is continuing.

Mount Pagan is not monitored with ground-based geophysical instrumentation.

The USGS has indicated that it will continue to evaluate satellite imagery, distal geophysical data, and mariner reports when available, but because the volcano is not monitored with ground-based instruments, we cannot provide advanced warning of activity.