Leaders of Pacific regional countries and territories have agreed that the region's maritime boundaries need to be recognised globally in perpetuity. 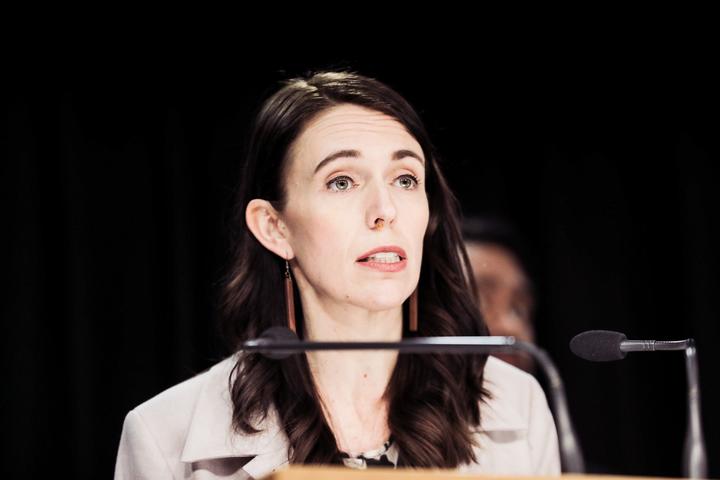 New Zealand's Prime Minister Jacinda Ardern emerged from the summit saying they had "endorsed a declaration on maritime zones" to protect the ocean jurisdiction of Pacific countries against sea-level rise.

Maritime boundaries are taken from points on land, and Pacific countries are seeking to assure their ocean dominion if shorelines diminish.

The leaders endorsed the Declaration on Preserving Maritime Zones in the Face of Climate Change-Related Sea-Level Rise.

The Declaration takes its power and basis from the 1982 United Nations Convention on the Law of the Sea and proclaims at its heart that affected Pacific countries have the right to, besides advocacy, develop international law to challenge threats to their livelihood by rising sea-levels at the international arena.

"It is important to remind ourselves that we must not allow others with economic, financial and military clout to make us - as a region or at the national level - appear subservient to their interests on the ocean's agenda," Papua New Guinea's Prime Minister James Marape

"We must be treated with respect for our maritime zones entitlements and sovereign rights.

Ardern said the declaration will be presented to the United Nations, adding it will be part included at the UN Climate Change Conference of the Parties (COP26).

"Some of our Pacific Island neighbours, if sea level rises continue, will lose their territory. This is a way of, as Pacific Island leaders, demonstrating our interpretation of the United Nations Convention on the Laws of the Sea."

Ardern confirmed Covid-19 was also on the agenda.

"As you can absolutely understand, given the impact that Covid is having on the region as we speak whether it's the economic impacts through the loss of tourism or those who are facing directly the devastating health impacts."

Ardern said it was clear across the region that forum members were at varying stages of immunisation, with the Pacific having gone from a period of the beginning of the year when there was an issue of supply of vaccines to a situation now where it was a matter of co-ordinating vaccine distribution.

She praised the bi-lateral work between Pacific Island neighbours to ensure everyone had the supply they need.

The summit found leaders pledging to support one another as vaccination programmes continue.

The only Micronesian leader attending was Nauru's president Lional Aingimea.

Earlier this year the Marshall Islands, Kiribati, Palau, Federated States of Micronesia, and Nauru gave notice of their intention to withdraw from the forum.

This was due to discord over the selection of former Cook Islands Prime Minister Henry Puna as secretary-general over Micronesia's candidate, which broke a gentleman's agreement on revolving the role.

But uneasy energy lingers at the forum, as evidenced by Aingimea opting to drop out of the meeting while Puna was speaking,

While the forum meeting was underway Palau's President, Surangel Whipps Jr, was meeting with top US officials in Washington. 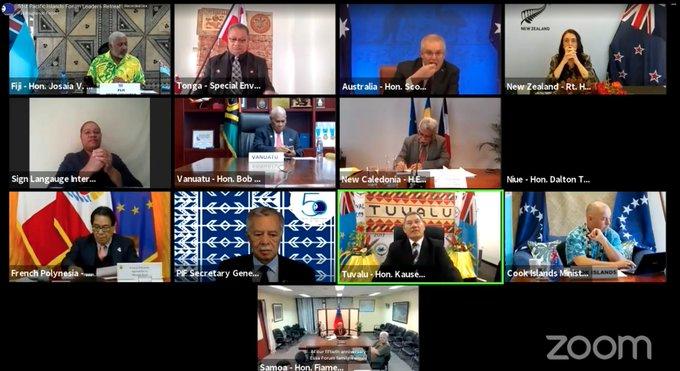 Meanwhile, Australia Prime Minister Scott Morrison was observed to be eating during the segment of the Pacific Forum summit which media were able to watch.

Pacific journalists who shared screenshots which included Morrison and his breakfast criticised the Australian leader for doing something that is considered "extremely rude in many Pacific cultures" during an important meeting.