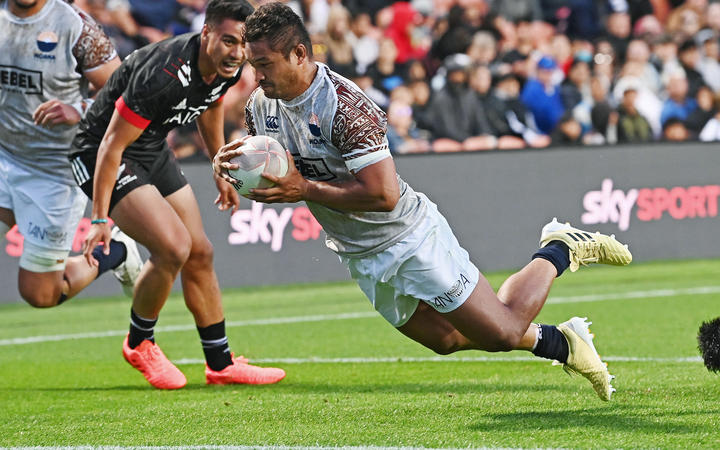 Alamanda Motuga scores a try for Moana Pasifika in last year's match vs the Māori All Blacks. Photo: PHOTOSPORT

The franchise was awarded an unconditional licence to join an expanded Super Rugby competition next year and is set to base itself out of South Auckland for its inaugural campaign.

Coach Tai Lavea said having Moana Pasifika on their doorstep is a once in a lifetime opportunity.

"Obviously we're aligned to the Chiefs but ultimately for us whatever opportunities our players can get to the next level, the next step to really develop their game and themselves personally is a big tick for us at Counties because we don't actually have a lot of guys playing Super Rugby," he said.

"The more guys we can get in that space the better we'll be as well. That Moana Pasifika, that space is going to be a fantastic opportunity for those guys that get selected."

With about two-thirds of the Counties squad being of Pacific Islands heritage, Lavea said the prospect of player committing to Moana Pasifika and Pacific nations at test level has been a hot topic of conversation.

"We spoke about that before they put their hands up for Samoa or for Tonga and they're well aware of that sort of - not risk, but in terms of what they limit themselves too," he said.

"I'm pretty confident that there's a handful of guys that if they do get shoulder-tapped for that Moana Pasifika space I know they're pretty keen to have a look at it and it's exciting, it's fantastic.

"It's right on our own front doorstep in South Auckland and we're heavily dominated by Pasifika rugby players so whatever opportunity it can present to our players I'm sure they'll look at it and make the right decision." 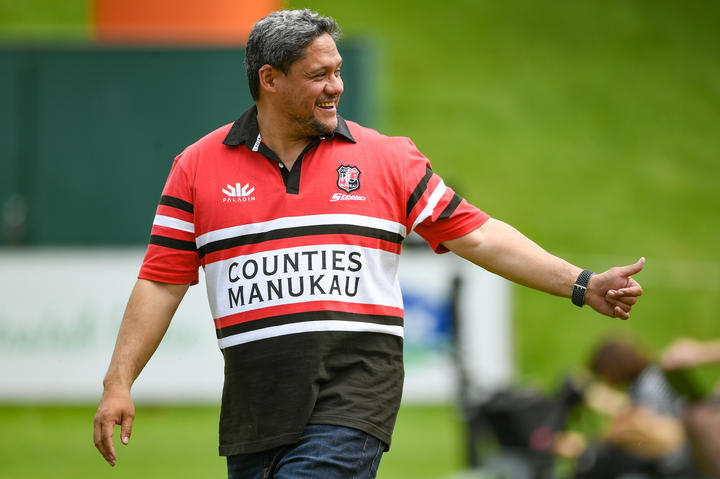 Tongan forward Viliami Taulani is contracted to the Chiefs after making his debut earlier this year, and proved his versatility by filling in at lock for the 'Ikale Tahi last month.

Former Counties Manukau junior Sila Puafusi could be open to a stint in Super Rugby after the veteran Tongan prop returned to New Zealand, following seven years plying his trade with clubs in England, Scotland and France.

Samoa halfback Jonathan Taumateine is also on the lookout for a new Super Rugby deal after spending the past two seasons with the Hurricanes. Prop Kalolo Tuiloma and lock Sam Slade also made their test debut for the Manu in last month's Rugby World Cup qualifying wins over Tonga, while flanker and sevens star Alamanda Motuga started in both games. 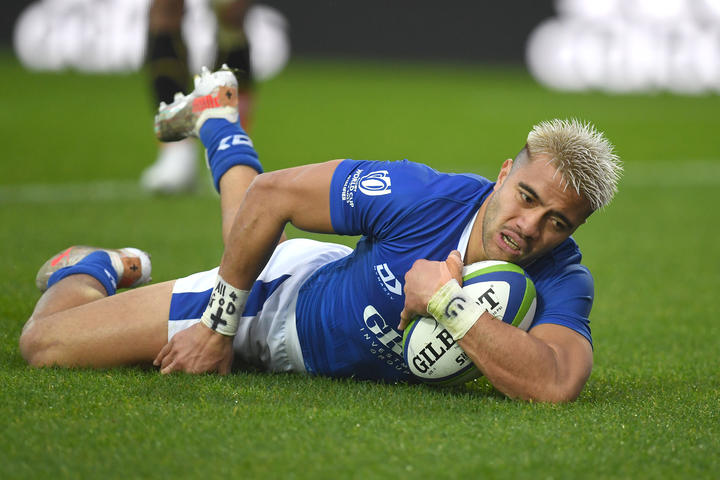 So has their coach put in a good word for his players to Moana Pasifika's general manager and former Steelers' halfback Kevin Senio?

"Yeah we've had a few offline conversations here and there," he laughed. "But we haven't spoken for a while. I know they're immensely busy getting their set-up right and I'm pretty sure we will touch base at the right time."

Lavea said the Steelers' Samoa and Tonga representatives have been immense since returning to the Counties camp.

"They go away for four or five weeks and they get coached by Toutai Kefu at Tonga, Tana (Umaga) and TC (Tom Coventry) and Seilala (Mapusua with Samoa) so they've been surrounded by really good coaches and mentors," he said.

"They've slipped back into our environment and they're just more confident I'd say - definitelty a click above from what they were when they left, so we've embraced that and it's fantastic.

"I think they're starting to see their potential and I think more importantly they can see themselves playing at a higher level as well because they do have aspirations to play Super Rugby." 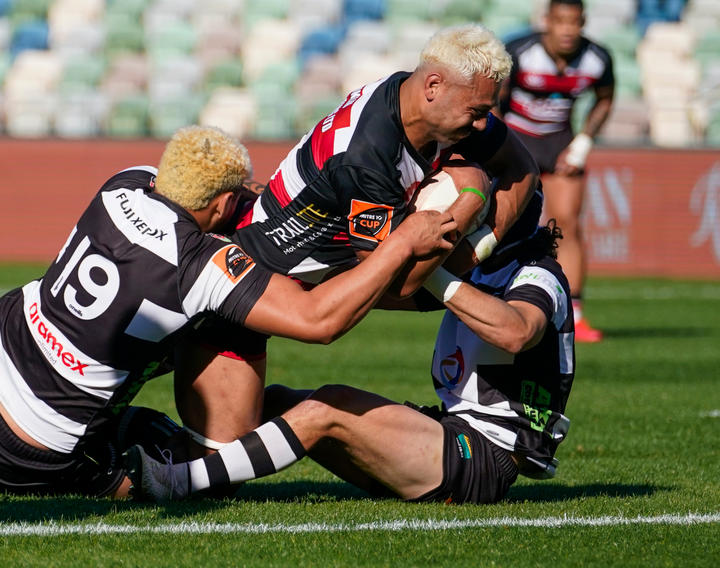 A trio of Pacific rugby veterans have also provided a welcome boost to the Counties Manukau squad this season.

Wallabies centurion Sekope Kepu is back in red, white and black for the first time in 14 years while ex Flying Fijians winger Asaeli Tikoirotuma has shifted south from North Harbour.

The 35 years olds have been joined by former Tonga captain Nili Latu, who is still lacing up his boots at the ripe age of 39.

Tai Lavea described the trio as great men who bring vital experience to the group and have seen everything at the highest level.

"We don't have a lot of guys playing Super Rugby so (it was important) for us to be strategic around the guys that we want to recruit around especially experience and leadership," he said. 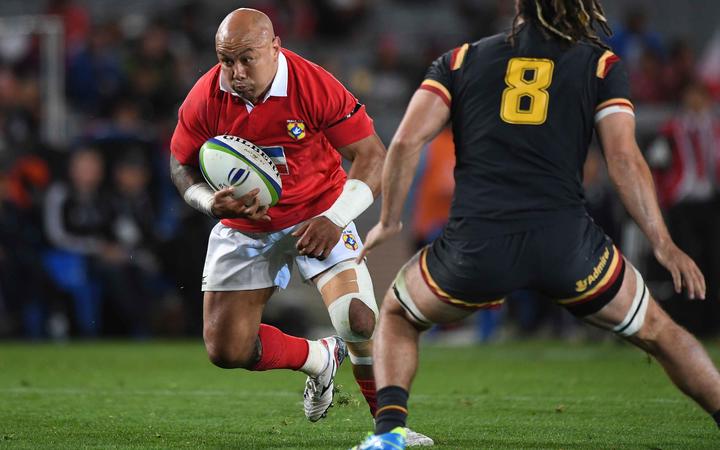 "They were guys that (came to us) by chance really. They weren't in the plan at the end of last year but as things started moving forward and Keps came back from overseas and Nili was back from Japan and Tiks lives locally and was playing club rugby and obviously had a few seasons at North Harbour, so it was a bit of a no-brainer for us to snap them up and really use their knowledge and experience for this group."

All three have been named to start in tonight's season opener against Manawatu in Palmerston North, with more than two-third of the Steelers' matchday squad of Pacific Islands heritage.

Nili Latu forms an all Pacific back-row alongside Samoa internationals Sam Slade and Alamanda Motuga, with All Blacks star Hoskins Sotutu and Viliami Taulani set to make their presence felt off the bench.

"We're real fortunate that we've got Hoskins Sotutu that's joined us this week so that's created a great energy in the team. He knows a handful of guys within our set-up so he's settled in quite well and we've got good leaders in the right spots." 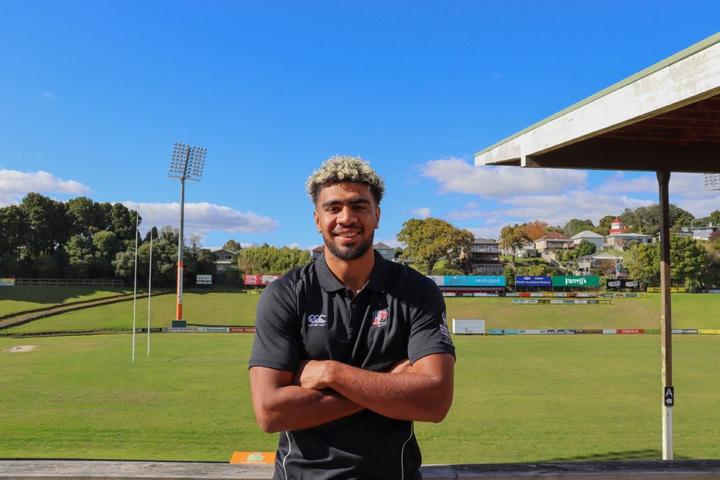 One of those leaders is Latu, who at 39 is only a couple of years younger than his coach.

"He's closer to my age - I feel like he's part of the coaching staff to be honest," joked the 41-year-old Lavea.

"We had a real close look at him because obviously he's been playing Japan. We got all his individual clips from his season last year and he can still play, first and foremost, and his knowledge and experience to pass on to younger players within our setup is great.

"He's got a great head on his shoulders, obviously we know he's got leadership ability but first and foremost Nili can still play at a high level...it's going to be great to have him and Hoskins out there (against Manawatu)."

Tonight's opponents will also have a strong Pacific representation, with Manu Samoa internationals Ray Niuia and Tietie Tuimauga named to start in the front row, with former Samoa Under 20s captain Jarred Adams, ex Tonga Under 20s winger Taniela Filimone and Samoan winger Ed Fidow all on the bench.