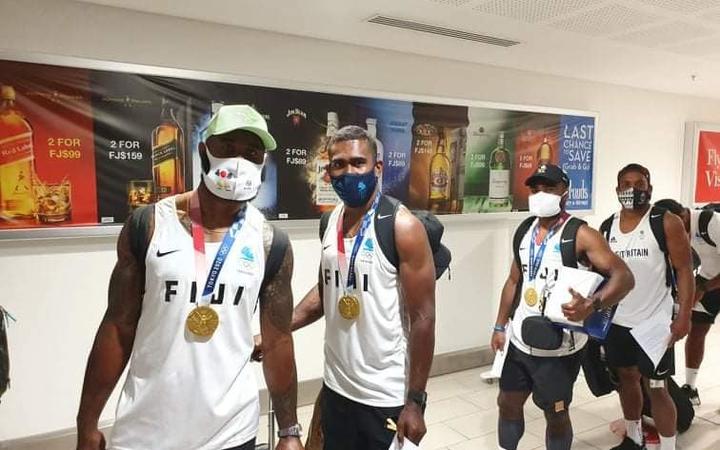 16 players and four management staff, minus head coach Gareth Baber and assistant Brad Harris, touched down in Nadi at 3am on Friday, after departing Japan the night before.

The players walked through the airport with face masks on while many had their gold medals hanging around their necks. 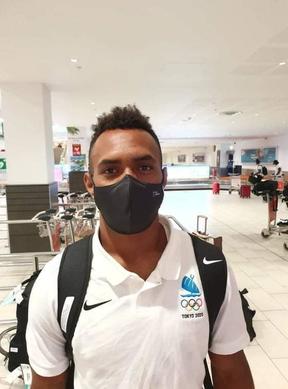 Newcomer Sireli Maqala was one of the stars of Fiji's gold medal run in Tokyo. Photo: Fiji Rugby

Five years ago thousands of fans lined the streets to welcome the Fiji team home from Rio, but Fiji Rugby CEO John O'Connor told RNZ Pacific things would have to be different this time around.

"We will see them come home and in the meantime we will have discussions with all the stakeholders and see how we can celebrate their victory."

The Olympic champions will now spend the next 14 days in quarantine before finally being able to reunite with their families, who they have been separated from since Easter because of the Covid-19 pandemic.