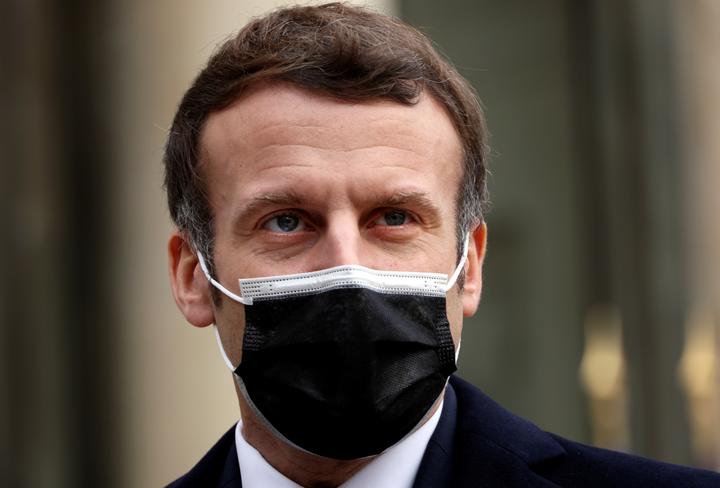 The French president Emmanuel Macron has urged French Polynesians to get vaccinated against Covid-19.

Macron, who arrived in Tahiti on Sunday, warned about the risk of the pandemic worsening again.

Speaking at Tahiti's main hospital, he said there were plenty of vaccines available.

About a third of French Polynesians have been vaccinated as case numbers climbed after an earlier spike in November when the territory had the highest propagation rate outside Europe.

In France, tens of thousands of people took to the streets at the weekend in opposition to the proposed health pass which will be needed to attend places such as museums, cinemas and swimming pools.

About 300 people in Papeete rallied against the health pass and vaccinations.

The rollout for the first dose of the Covid-19 Pfizer vaccine against Covid-19 is complete and the second dose is nearing completion in Cook Islands.

The Cook Islands News reports that on the last island to get the Pfizer vaccine, the entire eligible population of Palmerston received the first shot last week.

As Palmerston is only accessible by sea, the vaccines were delivered to the remote island by the Royal New Zealand Navy HMNZS Wellington and crew on Thursday.

As of last Wednesday, 11,397 people had received the first dose of the Pfizer vaccine which is over the Cook Islands' eligible population of 10,189 people.

Te Marae Ora spokesperson, Jaewynn McKay said the excess numbers were due to returning Cook Islanders and foreign workers who were not registered.

The majority of the Southern Group have all completed the second dose of vaccinations. On Wednesday it equated to 9846 people fully vaccinated, which is 96 per cent of the eligible population.

The president of New Caledonia's Southern Province Sonia Backes has convened a meeting of the anti-independence camp in a bid to choose a single candidate for the Congress presidency.

For the past two years, the position has been held by the veteran pro-independence politician Roch Wamytan.

The ethnic Wallisian party Pacific Awakening, which holds the balance of power in Congress, says it will only vote with the anti-independence camp in Wednesday's election if it proposes a single candidate.

However, after Backes political group proposed Virginie Ruffenach, the rival anti-independence Caledonia Together party announced that Annie Qaeze would be its candidate.

She says it's important for the anti-independence side to win the Congress presidency in view of the December referendum on independence from France.

The parents of an asylum seeker murdered in Australian offshore detention on Manus Island are suing the Australian government and the security contractor over his death.

The 23-year-old Iranian, Reza Berati, was beaten to death during a riot at the centre in February 2014.

Reza Berati's parents Farideh Baralak and Torab Berati are claiming their son was murdered because of the negligence of the Australian government and the security company G4S Australia.

A spokesperson for the Refugee Action Coalition in Australia says since Berati's death other court cases have established some strong precedents in this regard.

"There's been some other cases that have established that, and I suspect that's what has given the very direct means for Reza's family to take this action," Rintoul explained.

In 2016 two former workers of the detention centre where convicted of his killing but given lenient sentences by a Papua New Guinea court. One of the men escaped prision and is still at large.