A crew member has tested positive for Covid-19 aboard a cargo vessel in Solomon Islands. 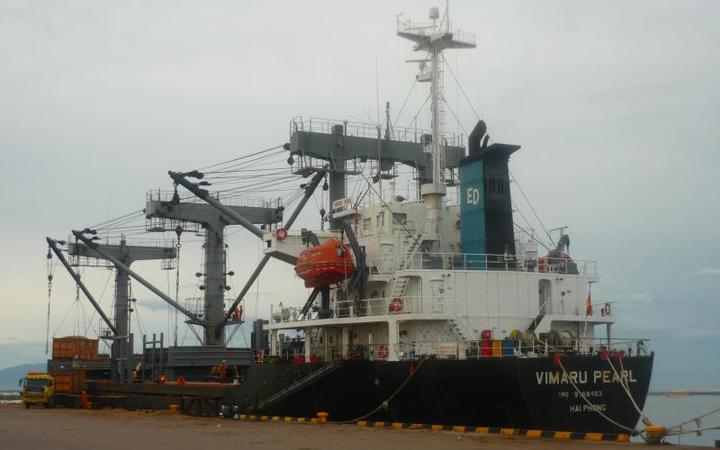 A crew member aboard the MV Vimaru Pearl has tested positive for Covid-19 in the Solomon Islands. July 2021. Photo: www.shipspotting.com

The Solomon Star Newspaper reports the positive test was confirmed aboard the MV Vimaru Pearl in the Western Province.

He is the only one to test positive out of eight crew members under the country's 21 day quarantine at sea protocol.

The vessel has been directed to travel to the capital Honiara to undergo further quarantine.

It is understood the vessel had travelled to the Solomon Islands via Vietnam and the Phillipines, and that it was in the country to pick up logs.

The medical service director at the Gizo Hospital in the provincial capital, Dickson Boara, told the Solomon Star all personnel involved in swab testing onboard the MV Vimaru Pearl as well as lab technicians and other associated staff have also been placed in quarantine.

"We are confident in the integrity of our team and their quarantine is simply procedural," said Dr Dickson Boara.

Following the positive test result, the Western Provincial Disaster Committee has called for calm and reassured residents of Gizo and surrounding islands that none of the crew members of the foreign cargo vessel were allowed off the vessel since entering Solomon Islands waters.