97.7 percent of Bougainvilleans voted to secede from Papua New Guinea and become the world's youngest nation in a 2019 referendum.

Mr Toroama has previously said he wanted Bougainville to be independent by 2025, but both parties have now agreed to a timetable for the transfer of many powers by 2023 with full independence following in 2027. 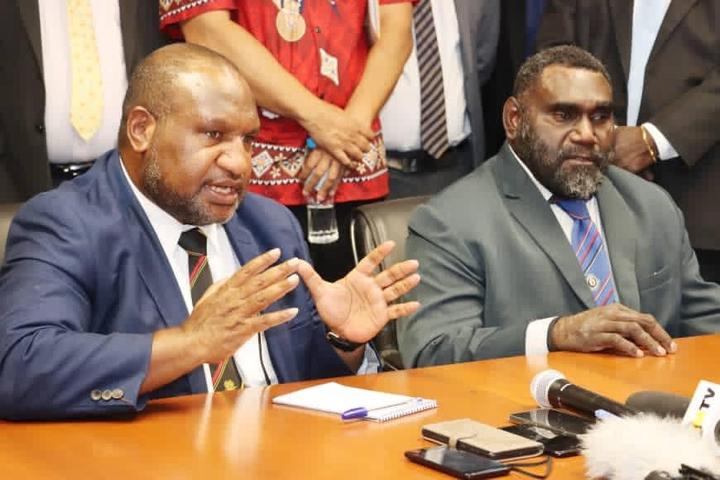 There has also been agreement for the PNG government to undertake national consultations on the issue.

Acknowledge the requirements of s.342 of the National Constitution for both the National Government and the Autonomous Bougainville Government to consult on the results of the Referendum;

Acknowledge that the first consultation was held on 18th and 19th May, 2021 at Kokopo, East New Britain Province, and that the Referendum results of 97.7% choice for separate independence was tabled at this consultation;

Acknowledge that the Kokopo Consultations agreed to consult on a joint roadmap in the second consultation;

Acknowledge that the second consultation was held in Wabag on 6th of July 2021;

Consulted on the joint roadmap that will guide the post referendum process;

Acknowledge that the process needs to be agreed upon to decide the final political settlement.

Take all actions necessary to process an end point which is the culmination of all the activities that flows from the constitutional amendments give effect to the National Parliament's decision.

Allow the National Government to undertake national consultations across Papua New Guinea on the outcome of the Referendum, noting that the constitutional amendments which would have been set in motion by the signing of this Statement will need to be enacted to give effect to Bougainville's final political status.

Determine a political settlement no earlier than 2025 and no later than 2027 guided by an agreed joint roadmap.