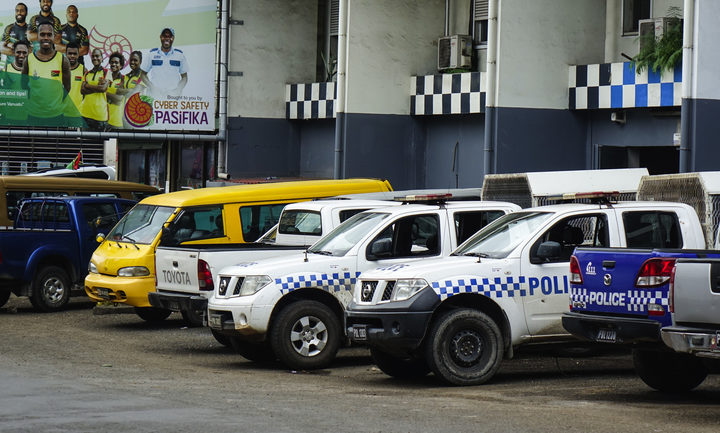 Vanuatu's government is planning to significantly increase the size of the police force.

The force currently has about 500 personnel.

But the Daily Post reports that the government intends for 1,000 extra personnel by 2023.

They would be recruited into the general police force, as well as the Vanuatu Mobile Force paramilitary and maritime wings.

The recruitment drive is coinciding with a major extension of the Vanuatu Mobile Force's barracks in Port Vila and Luganville.

An Australian construction company, Icon, has been contracted by Vanuatu for the extension work, and is looking to recruit arund 400 local workers for the project.

More than 300 scientists from 44 countries have called for a pause on deep sea mining activities to allow more research.

The International Seabed Authority is expected to vote this year on opening up the deep sea to mining, with much interest focused on the Pacific Ocean.

The leading ocean experts who issued the statement argue far too little is known about the ocean ecosystems in the deep sea.

These ecosystems are already under stress from climate change, bottom trawling and pollution, and the scientists say deep-sea mining would inflict irreversible damage to the ocean.

Deep sea mining advocates say polymetallic nodules on the seabed are needed for batteries in electric vehicles to aid transition to de-carbonised economies.

But the scientists warn deep sea mining might threaten the ocean's capacity to store carbon and slow climate change.

He was about to embark with the Bougainville Government team for talks ahead of meetings with the Papua New Guinea Government.

Masono, who died in Buka Hospital, hailed from Bougainville's remote Carterets Islands. He stood for parliament in 2015 and was successfully elected.

The president at the time, John Momis, made him his deputy (a post he held from 2017 to 2020) and he also became the minister of mining.

During his tenure Masono introduced controversial changes to the government's own recently passed legislation - an outcry from around Bougainville saw those plans shelved.

An emergency session of the Bougainville parliament has been called for Tuesday, to pay tribute to Masono.

The Solomon Islands' Ministry of Agriculture is moving to tighten compliance to control exotic pests and other biosecurity risks.

A two year compliance agreement has been signed with the SolRice company.

The director of Biosecurity, Francis Tsatsia, said it was crucial to have a commitment from the country's leading rice supplier to ensure pests like the khapra beetle are kept out of the country.

The khapra beetle is native to India, but has spread to many parts of Africa, Asia, Europe and the Middle East and is a serious pest impacting on stored grains, rice, oilseeds and other dried foodstuffs.

Landowners in Vanuatu's north have protested against a Chinese-funded logging development.

The Daily Post reports that protestors have put up notices banning the Chinese-funded company from building any road into local virgin forest to harvest timber.

The Santo Sunset Environment Network says locals don't want a company that will destroy the environment and biodiversity on West Santo.

A local chief, Daniel Saul, said the company was offering to build a road as a form of payment to local communities for their timber.

A company spokesman said it had government approval for its plans.

New Caledonia's slowing economy has deteriorated because of the Covid-19 pandemic despite successful measures to contain the pandemic.

A 2020 report by the IEOM, which issues the French Pacific franc, says the pandemic has caused losses of about $US500 million and destroyed more than 900 jobs.

The territory had two lockdowns, which in conjunction with mandatory quarantine helped prevent any Covid-related fatalities.

As a result of the restrictions, both businesses and the government incurred large debts, with the quarantine regime and its associated costs making it necessary for New Caledonia's government to take out a $US250 million loan.

The territory's tourist numbers fell by more than 76 percent over 2019.

Its nickel sector, which accounts for the majority of exports, saw an increase in mining but a drop in metal shipments.