A new vaccination campaign in the Pacific is targeting 100,000 children across nine countries. 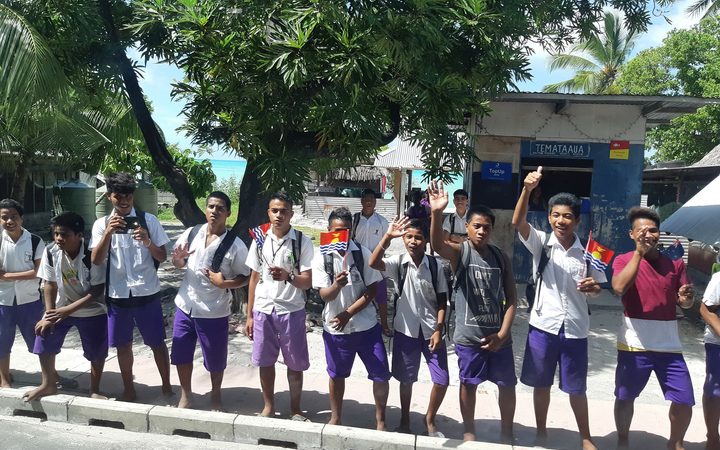 Children in Kiribati, some of those targeted by the Rotary and UNICEF campaign. Photo: RNZ Pacific/ Koro Vakauta

The three vaccine initiative aims to save children's lives by preventing a range of potentially deadly illnesses.

In Kiribati one in 18 children dies before turning five compared with one in 250 in Australia.

There are similar statistics across the region where preventable illnesses continue to claim young lives.

Now, the UN children's agency UNICEF has partnered with Rotary Australia and New Zealand to help towards a better future for the region's youngest.

Rotary Wellington's Christine Hurley is involved with the planning. 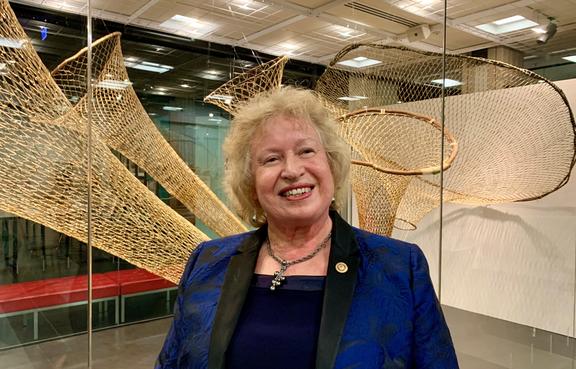 "What we're looking at is vaccinating 100,000 children over three years against three really life-threatening diseases. Two that affect young children and the third that protects women against cervical cancer."

Rotary is funding the programme as part of its 100th anniversary this year.

The nine countries chosen were recommended by UNICEF, said Mrs Hurley, as they weren't eligible for funding from the international vaccine alliance GAVI.

Children are at risk of premature death or having their development stunted, according to Hurley.

"And then you've got a long-term impact on the family and the community because somebody has to look after them," she continued.

"As far as cervical cancer is concerned of course, you risk losing the women who are so essential to a family and to a community."

It's about protecting babies, growing them into young healthy children and looking after mothers, she added.

Cervical cancer incidence and death rates in the Pacific are far higher than in Australia and New Zealand with screening rare and treatment largely unavailable.

The three jab programme is targeting 30,000 adolescent girls along with 70,000 children.

Partnerships with Rotary around the world are life-saving according to UNICEF New Zealand's chief executive Michelle Sharp. 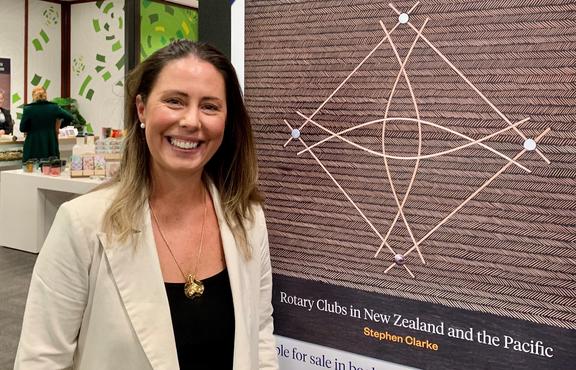 "Well we've got to the stage where 99.9 percent of polio globally has been eradicated as a result of a 30-year partnership with Rotary," said Sharp.

"That is huge. I mean, that is humongous. We're now moving on to other immunisations including cervical cancer, pneumonia and rotavirus."

Her daughter nearly died from rotavirus in the UK and Sharp doubts whether she would have survived in a less well equipped medical jurisdiction.

The UNICEF NZ head would like to see these preventable diseases eradicated from the region, but acknowledged that this has been slowed by the advent of Covid-19 and the redirection of resources.

"Of course, governments are focused on controlling and combating the global pandemic but we can't lose sight of the importance of keeping routine immunisation strong and making sure that children are immunised against vaccine preventable diseases. That's really essential too." 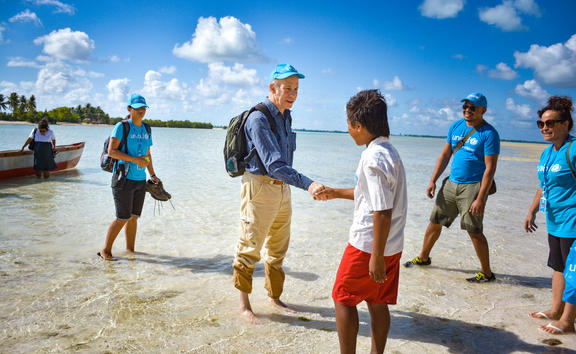 Resident in Suva, Fiji, Yett said despite the timeframe slipping because of the priority given to Covid-19, the Cook Islands, Kiribati, Nauru, Niue, Samoa, Tokelau, Tonga, Tuvalu and Vanuatu are on track to receive the vaccines over the next couple of years.

"The building blocks are there; the strengthening of the cold-chain systems, which is key, and delivery systems which is also essential. But obviously people are focusing on the pandemic right now and that is really critical. We have to remember that ministries of health have a limited number of staff and they are being pulled in many-many different directions."

Meanwhile, the Rotary fund-raising drive has hit more than half of the $US4-million target needed for the campaign.

Christine Hurley added that this has been achieved by branches of all sizes on both sides of the Tasman and the international Rotary Foundation, which largely matches or supports their efforts.

"And then from our accounts it goes to UNICEF who can place the orders for all the equipment we need and for the vaccines and get the programme moving."

UNICEF has received the first year's funding and vaccines are in storage in Suva waiting for a reprieve from Covid-19 for distribution.

However, the Rotary funded training and cold-chain equipment needed are in place throughout the nine countries, which provides the extra bonus that they can be utilised for the Covid-19 vaccine roll-out as well.