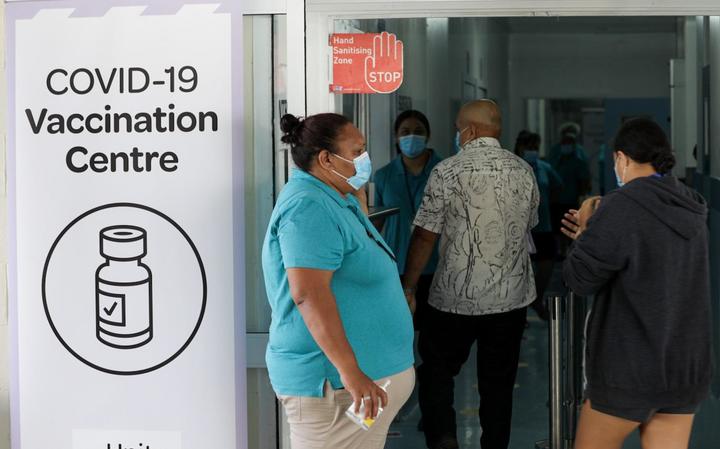 More than 200 people in the Cook Islands who received their first dose of the Covid-19 Pfizer vaccine three weeks ago, did not return for their second jab.

The second dose vaccination rollout for the island ended last weekend with 8069 residents receiving their jabs.

The Te Marae Ora Health Ministry says a total of 8602 have had their first dose, including 311 this week, in Rarotonga.

Phase one of the vaccination programme for the island which started on May 18 and wrapped up on May 30 saw a total of 8291 receiving their first shot of a two-dose vaccine.

Health spokesperson Jaewynn McKay said they hope the 222 people who did not return for their second dose will do so in the next round of vaccinations in a few weeks' time.

Illegal logging of Samoan timber has forced the Ministry of Natural Resources and Environment (MNRE) to stop shipping logs from Savai'i.

"This is a matter that has been dealt with in the Land and Titles Court for more than thirty years," he said.

The court ordered the boundaries surveyed but it has never happened despite many meetings between the villages and government.

"Every time staff go to survey the boundaries some villages stop the work being done," said Tuilaepa.

Meanwhile some companies, with support and knowledge of some matai, continue logging illegally.

"This is happening in the village of Sasina, and there is no move to survey the land."

Tuilaepa said as Minister of MNRE, he wants to make sure the boundaries are surveyed as it also helps in allocation of logging licenses.

A flood alert is in force for coastal areas of the southern part of Fiji's main island Viti Levu which is currently battling a Covid-19 outbreak.

There are now over 16-hundred positive people in isolation.

Residents in these areas are being advised to exercise extreme caution and to be vigilant of occasional sea flooding during high tide in the next two days.

The meteorological service says a high pressure system to the far southwest of the country is gradually moving east and is expected to generate and direct moderate southerly swells towards Fiji waters.

It adds this can cause coastal inundation over the southern coastal parts of the group.

Bougainville gets tax money back from PNG Internal Revenue Commission

The IRC commissioner general, Sam Koim, said the funds are drawn from income tax paid by Bougainville businesses and held in trust as per the Bougainville Peace Agreement.

Mr Koim encouraged the ABG to utilise the funds for programmes that will stimulate fiscal self reliance on Bougainville.

He said funding the economic sector will allow Bougainville to meet an important pillar of the Bougainville Peace Agreement - namely that of fiscal self-reliance.

President Ishamel Toroama said the money will be used to fund economic activities on Bougainville to initiate revenue generation.

Colonel Robson Iavro has been sworn in as the new Vanuatu Police Commissioner.

He has been acting in the role for the past two and a half years after 20 years in the force.

The Daily Post reports Police Minister and Deputy Prime Minister, Ishmael Kalsakau, saying the government and people of Vanuatu entrust Commissioner Iavro to manage the force through its future development.