The Papua New Guinea women's sevens team is relieved to be in Monaco after a difficult route to the Final Olympic Qualifying Tournament. 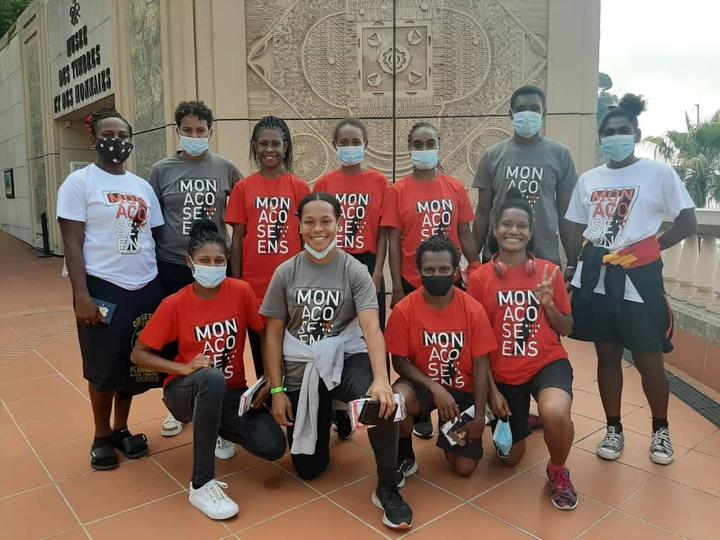 The Palais have not played competitively since the Oceania Sevens in Fiji at the end of 2019, and have spent over a year training by themselves in PNG, with head coach Paul Tietjens stuck back in New Zealand.

The squad was due to fly out of Port Moresby last week but interim coach Rob Jones said there was a late hiccup when one of their 12 players failed the pre-departure test for Covid-19 and had to be left behind.

"They have to be tested at the airport but I think it was a false positive so I think she was ok, which is a shame for her," he said.

"The whole team were due to leave on Thursday but they had to go back and then World Rugby booked another flight for Saturday, so it was touch and go on Friday night whether we were actually coming or not to be honest," he said.

Jones himself is based in New Zealand and faced a mad scramble to make it to the airport on time.

"I think I found out at half-past one in the morning on Saturday morning that I had to leave at 10am to drive to Wellington to get a flight to Auckland." 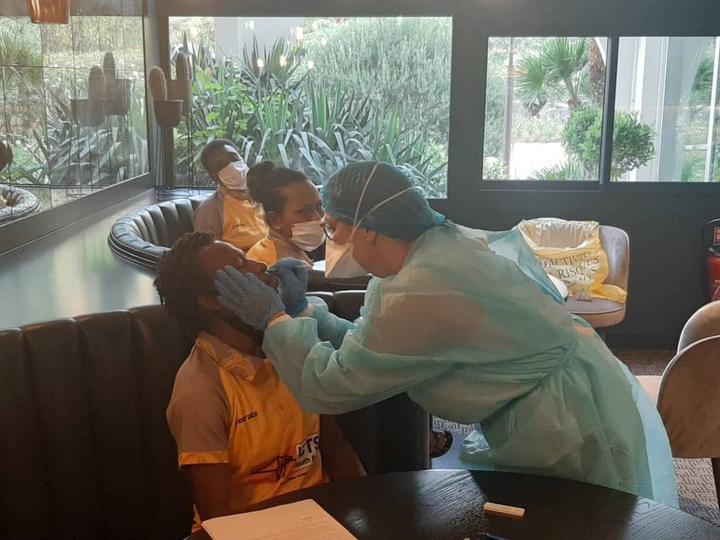 Covid-19 tests are par for the course in the lead up to competition. Photo: Facebook/PNG Palais

The PNG squad finally arrived in Monaco on Sunday night and headed straight to their hotel.

After passing another Covid-19 test, the team finally had their first training session on Tuesday. Captain Kymlie Rapilla admitted it had been a difficult preparation.

"It hasn't been easy, it's been tough with the lockdown," she said.

The PNG squad will have another Covid-19 PCR test on Thursday morning local time before returning to the training field, while strict Covid-19 protocols are in place across the principality.

"We've got to wear masks everywhere and we can only take the mask off to eat and drink and we get an allocated time for food so we're in, we're out and we don't mingle with the other teams," Jones explained.

Despite the restrictions, the 10 men's and 12 women's teams are set to play in front of some socially distanced supporters.

"I think they're look to try and open up about 8,000 seats. It's a 17,000 seater and they're looking to fill half of it, they're hoping to. But obviously Monaco is a big football area, not rugby so they're not sure what they're going to get."

While the journey to Monaco has been challenging, Kymlie Rapilla said the 11 Palais players can't wait to take the field on Saturday and compete for a place at the Tokyo Games.

"Our first game is up against Tunisia. We know we will struggle a bit, knowing we haven't had much game-time but our focus is on just getting one game at a time."

PNG will also face Jamaica and Kazakhstan in Pool B, with the top two teams advancing to the quarter finals. 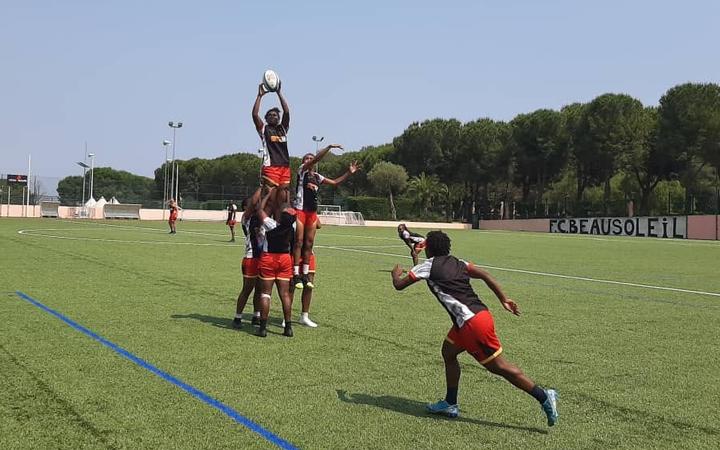 The Samoa women's team are in Pool A, alongside Russia, Argentina and Mexico, with two spots in Tokyo up for grabs.

"We've got 11 girls who know the sacrifices that went on to get the team there," explained Jones.

"Although we haven't seen them for a year they're ready to go, they're excited, they're passionate and privileged to play for their country and they're looking forward at having the opportunity to play some footy on the weekend."