Papuans are in mourning after the recent passing of Klemen Tinal, the Vice Governor of Papua Province. 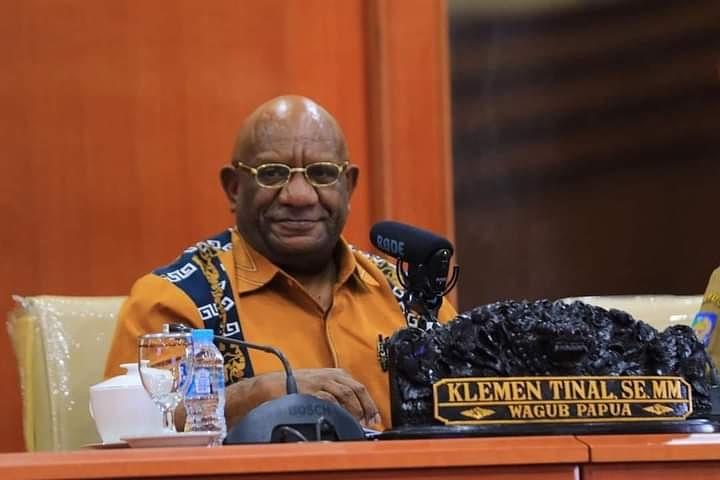 News of his sudden death at Abdi Waluyo Hospital in Jakarta on Friday 21 May at 0400 am local time came as a shock to the indigenous people of the Indonesian-Melanesian province.

Tinal died of heart disease, according to his daughter, Lidia Natalia Tinal, who told local media that her father had a history of coronary heart disease.

She said a doctor had recently her father that surgery for a heart bypass was required, but would only be done if his condition was stable.

However, Tinal soon experienced severe chest pain and was taken to the hospital where he later died from this heart attack.

Legacy of a Papuan leader

Klemen Tinal was a charismatic, intelligent and wise leader. Before he served as Vice Governor, he served as Administrative Supervisor of a major mining enterprise, PT Freeport Indonesia.

Tinal was a leader with high kinship who displayed unpretentiousness, and was very down to the earth. Many of his colleagues described him as a friendly person, ignorant of anger, a figure who embraced his colleagues and people.

In testimony given by the community in his regency, they said there were rarely any conflicts during his tenure as Mimika's regent. This is because he had a personality was always prepared to listen to his people and embrace them regardless of ethnicity, religion, race and class.

When Tinal accompanied Papua's incumbent governor, Lukas Enembe, in the election for the Governor and Vice Governor of Papua province for both the 2013-2018 and 2018-2023 terms, Tinal's influence resonated at the grassroots level and earned massive support.

Policies that Enembe and Tinal have taken prioritised the aspirations of all Papuan people and especially in protecting the rights of indigenous Papuans - most importantly, their presence in command uplifting the self-esteem of Papuans.

Sadly, Tinal passed away while he was still a Vice Governor in their second term.

Many people know Tinal as a deputy governor who spoke honestly and frankly. He didn't like to be too squeamish about conveying something to the public or when giving directions to colleagues and subordinates. Therefore, many knew him as a person who was "straight to the point".

The late Klemen Tinal was a big man who displayed intelligence and wisdom in making policies; kindness in channelling aid to his people who needed a helping hand; humility in aligning himself with his subordinates; as well as his ability to respond to and resolve conflicts. These were the unique traits he had which make his passing such big loss for the people closest to him and the people of Papua at large.

The leadership of Enembe and Tinal has brought many changes in the province of Papua. This can be seen from the various developments both physically and non-physically. For example, construction of new roads, government buildings and places of worship, sports venues and others. Non-physical development, for example, finances Papuan students abroad and at home and such.

Other achievements of the two leaders were introducing policies protecting the rights of indigenous Papuans. They had the courage to always believe in their people. 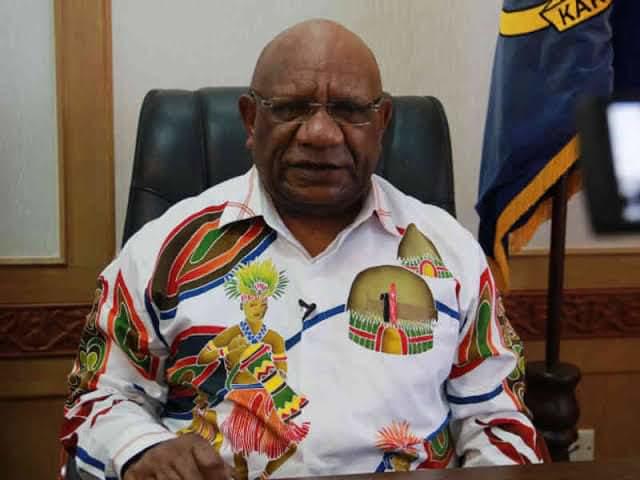 The passing of the late Klemen Tinal adds to the historica grievances and wounds of indigenous Melanesians in Papua which until today have not been healed. His passing may be seen as the collapse of a pillar that supported the security and lives of Papuans.

Therefore, many Papuans posted prayers and hope on social media in remembering the legacy Tinal left for his own people. The following is a summary of those wishes and hopes:

Hon. Klemen Tinal, our prayers from the people of Papua, from the mountains and valleys to the coast and islands, we pray that he may rest in peace. May the family he left behind to be given strength and fortitude in carrying out this very heavy moment.

Some said hopefully, the Papuan people will learn a lesson over the passing of the Deputy Governor and continue to support Governor Lukas Enembe in finishing the remaining term.

The grassroots level people who have always had full hopes of their leaders, desperately need a leader who has a character like the late Klemen Tinal.

Some said Papua need a leader who is ready to listen and side with the grassroots level who sometimes subject to oppression, threat and such.

We need a leader who is ready to say, "Papua needs peace and Papuan Lives Matter".

We need a leader who prioritizes the development of the human resources of indigenous Papuans.

We need a leader who prioritizes human rights rather than the interests of investors who destroy the environment of indigenous Papuans.

We need a leader who will continue the courageous legacy left by the late Klemen Tinal.