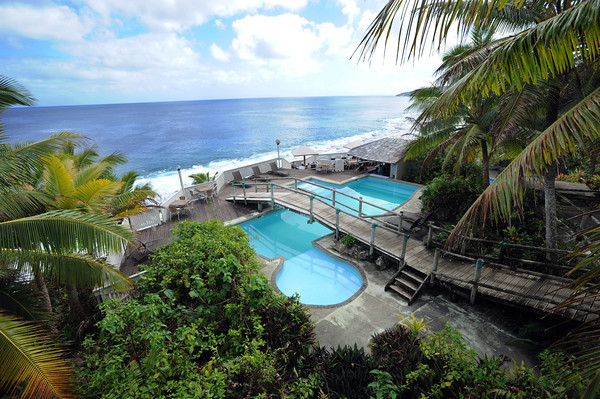 The New Zealand Governmwent is providing $NZ1 million dollars to Niue's only hotel, the Matavai.

The Matavai is to be the main managed isolation and quarantine facility for the island as it eyes the eventual return of tourists.

New Zealand's Ministry of Foreign Affairs said the money was part of $18 million dollars in assistance to Niue to buffer it from the effects of Covid-19.

It also said that once travel restrictions lifted, the Matavai Resort, a critical part of the local tourism infrastructure and its largest private sector employer, will play a key role in Niue's economic recovery.

Niue's Premier, Dalton Tagelagi, has said they want the vaccination process, which New Zealand is to assist with, to start as soon as possible.

Foreign Minister Nanaia Mahuta has said it will start after vaccinations in the Cook Islands are completed.

This takes the country's death toll from the virus to 160.

All of the latest deaths happened in East New Britain.

Another 146 Covid-19 cases were reported, with two-thirds of them in Manus Province.

However testing remains limited in PNG, and health authorities fear the real number of people infected could be far higher.

The Cook Islands government says it's on track to have given 90 percent of Rarotonga's eligble population their first dose of the Covid-19 vaccine today.

Secretary of Health Bob Williams says the country's vaccination programme has been consistently ahead of schedule since it started 10 days ago.

He says current stocks are nearly exhausted, with another delivery of Pfizer vaccines due to arrive on Friday.

Mr Williams says with the first round on Rarotonga nearly complete, the programme will move to Aitutaki from next week.

Rarotonga residents will be able to start receiving their second dose from the 8th of June. 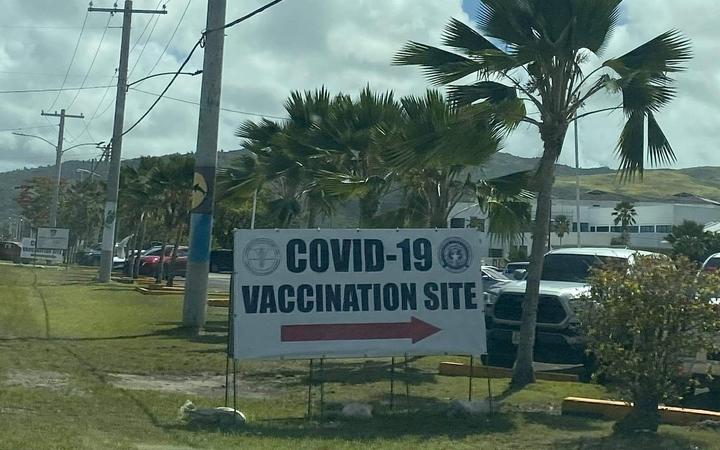 The Northern Mariana Islands is full steam ahead with its efforts to achieve Covid-19 herd immunity by expanding vaccine access.

The Commonwealth Healthcare Corporation says the Pfizer-BioNTech vaccine will be available at eight new outreach sites from Sunday (May 30).

The territory's health authorities have also opened up innoculations to 12-years-olds and older.

More than half of the US territory's eligible population has already received their first dose, with rates expected to to hit 70 percent next week.

Its total cases rose to 181 after five unvaccinated travelers tested positive on Saturday.

Niue's government is setting up an independent panel to review the island's power problems.

The three-person panel will be looking for explanations as to why the power service frequently shuts down.

It will be chaired by Billy Tukutama, a former superintendent of the electrical division.

The other members are long-time Niue senior public servant, Des Hipa, and a former director of the Community Affairs Department, Fapoi Akesi.

The panel has already inspected the facilities of Niue Power at Tuila.

It was not clear how long the review will take.

Seven Chinese construction workers who were subjected to forced labour while working on a Northern Marianas casino-resort project have been awarded $US 5.91-million in a court judgment.

The CNMI Distict Court entered the default judgment after the seven workers sued Imperial Pacific International and its subcontractors for various violations, including human trafficking.

The court described IPI's mistreatment of the workers as "appalling" and noted the company was the driving force behind the "egregious conditions" faced by the plaintiffs.

Specifically, the plaintiffs paid high recruitment fees to go from China to Saipan, based on false promises of high wages and good conditions.

They regularly worked over 12 hours per day, and sometimes up to 24-hour shifts, while paid below the minimum wage, or sometimes nothing at all.

They were brought into the CNMI on tourist visas, with the employer taking their passports, and housing them in squalid conditions.