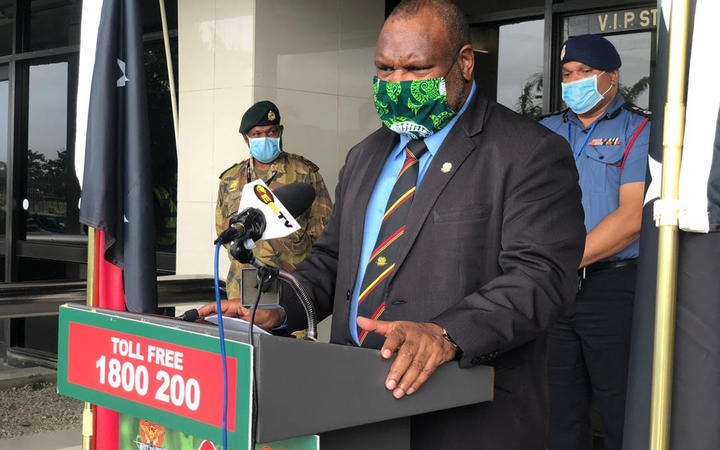 The number of confirmed cases of Covid-19 in Papua New Guinea continues to rise around the country.

It increases the the total number of cases in PNG to 15,222, while the death toll remains 156.

According to the Controller's office the number of tests conducted so far is 111,917.

A traveller in New Caledonia's Covid-19 quarantine hotel has tested positive for the virus.

The individual arrived from Tokyo 11 days ago and was tested on the tenth day of his stay.

New Caledonia has recorded 128 cases - 68 of them since early March when a first community outbreak prompted a month-long lockdown.

The three crew members of the ill-fated FV Tiro II that sank off Sigatoka last week have been released by Fiji police.

Late on Thursday last week a search and rescue team involving the Fiji Navy, the New Zealand Air Force and LifeFlight Fiji located one of the survivors who was onboard a liferaft.

The other two survivors had remained onboard the FV Tiro II and were picked up early on Friday morning by a partner fishing vessel, as the boat was sinking.

The three crew had been taken into custody, amid an investigation into an alleged murder on the vessel.

10 years since Luhk sisters went missing in the CNMI

The FBI is not giving up in its search for the Luhk sisters who disappeared in the Northern Marianas on this day 10 years ago.

The Pacific Daily News reports the FBI is seeking the public's help in trying to solve the case.

A $US25,000 dollar reward is being offered for information leading to the whereabouts of the two sisters.

10 year old Faloma-Luhk, and her 9 year old sister Maleina, disappeared while waiting for their school bus, which was close to their grandparents home on Saipan.

But Pacific Daily News said the girls never made it on to the bus, and their disappearance prompted a huge search, but nothing was ever found.

Cook Islands Covid-19 roll-out plan is ahead of schedule

The Cook Islands Ministry of Health are pleased with their efforts to get the population vaccinated with the first dose of the Pfizer vaccine.

Spokesperson Vainetutai Rose Toki Brown said around 4,600 people have been vaccinated in the past week.

Public vaccination information evenings have been held around the Cook Islands to ensure fact based information reaches everyone.

Ms Brown said in a statement that the roll-out plan is ahead of schedule and their next goal is to get a large proportion of the population vaccinated.

"Working village by village, everyone over the age of 16, is being offered the vaccine," Brown said.

"It is a significant milestone that the Cook Islands is able to once again welcome visitors from New Zealand. Our next milestone which is within reach is a population that is largely vaccinated.

"Our roll-out plan is ahead of schedule and this would not have been possible without the dedicated staff at Te Marae Ora, volunteers from our Puna, CI Red Cross and CI Family Welfare Association, and the New Zealand government, she said.

All schools in Wallis and Futuna are expected to reopen for the first time since early March when the territory went into lockdown over the first Covid-19 community outbreak.

First restrictions were eased two weeks ago and schools for the most senior students opened last week.

Reports from Wallis say several parents want schools to remain shut until after the next school holidays which end in four weeks.

At the weekend, about 100 people marched to express their dismay about the pandemic is managed.

Dressed in black as a sign of mourning, they silently marched to the assembly building to be met by local politicians.

445 people were infected since March and seven people died.

There are now no active Covid-19 cases and more than half the population has had at least one shot of the Moderna vaccine.

CNMI records five cases of Covid-19 at the border

The Northern Marianas now has 181 Covid-19 cases after five travellers tested positive at the weekend.

The Commonwealth Healthcare Corporation said these individuals were identified by travel screening and confirmed diagnosis through fifth day testing.

The health authority said these individuals are now at a designated isolation area.

Of the 181 cases, 145 were identified by travel screening and 36 were local transmissions.

53 percent of the CNMI's eligible population has now been fully vaccinated.