Covid-19 may have forced the cancellation of New Zealand's Pacific Dance Festival last year, but it will be back next month.

The festival will take place from June 1 to June 19 throughout Auckland, partnering with other events nationwide.

Among those who'll be taking to the stage are three choreographers who've joined forces to push the boundaries of dance through a groundbreaking mash-up of contemporary and traditional artforms. 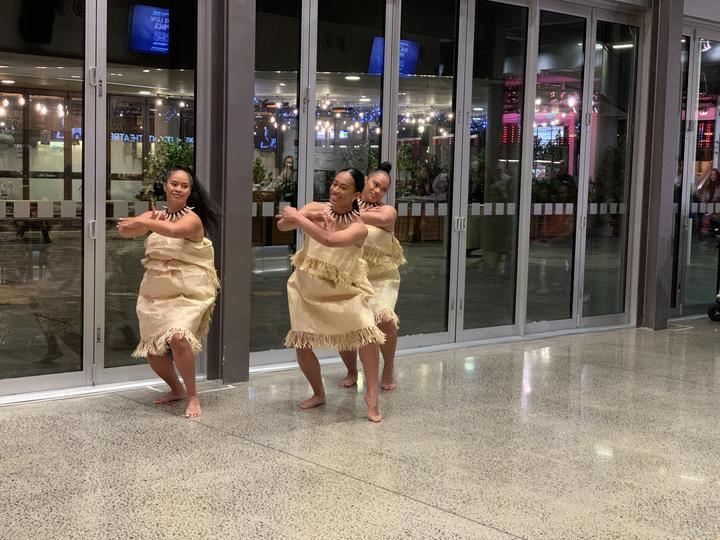 'Tulou' meaning 'excuse me' in Gagana Samoa and Lea Fakatonga, is a nod to the ladies' respective genealogies.

"For all those dancers who like, think that dance is only for the white man, it's definitely not. Like, we all bring our own flavours, our own uniqueness, we bring culture, we bring ourselves, we bring the whole community and our ancestors with dance. So we're just that kind of point of difference," said Ms Muller.

Ms Muller grew up performing the traditional tau'olunga, which led to her taking an interest in other types of dance and eventually enrolling to the now-defunct Pacific Institute of Performing Arts - known to have launched the careers of many notable Pasifika arts practitioners.

As she developed her craft, that passion wasn't always met with satisfaction by her parents.

She says it was only until she came out to them as queer, that they recognised the importance of dance in her identity journey.

"Growing up just kind of in a strict, Tongan household. Pursuing dance was like 'what the hell, what are you doing? Is it gonna earn your money?' I used to pretend that I was going out with some friends, just to go to rehearsals."

Ms Schuster migrated from Samoa to Aotearoa in 2010, trading in her nifo'oti and tuiga for sweatpants and sneakers.

She quickly turned hip-hop from a hobby, to performing in the family crew Lil Saintz.

Contemporary dance became her jam about five years ago, which she says is an adjustment from siva and hip-hop that both centre around cultural imagery rather than only technique.

"I started my contemporary journey in a Westernised kind of culture, it's kind of now trying to decolonise my body and going back to my roots, which is definitely confronting. And scary at times. But definitely needed and I'm grateful for our collective to have that space to just be okay with being me and being Pasifika."

The Pacific Dance Festival began in 2016 at the Mangere Arts Centre - Nga Tohu o Uenuku, gradually expanding outside of Tamaki Makaurau, and now partnering with five other dance festivals taking place at the same time.

It's hoped that the combined arrangement will broaden the reach of Pasifika art beyond the main centres, to across the motu. 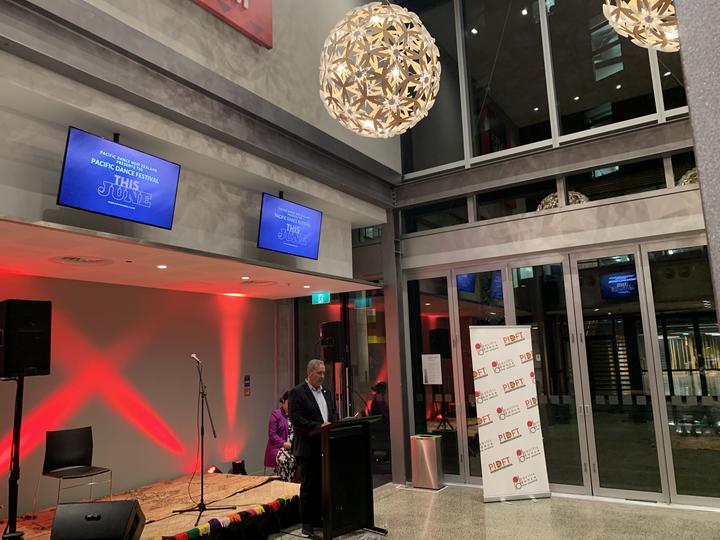 In partnership with the Kia Mau Festival in Wellington, the Tulou collective will debut it's first full length show, Tinā.

Tinā looks to explore motherhood and mana wahine through a unique new fusion of Pacific and contemporary versions of dance.

The show's concept arose from a photography showcase Ms Sagapolutele and her brother created in tribute to their late mum, 'Tofa Si O'u Tinā' - meaning 'goodbye my dear mother'.

"There's a video of me on my first birthday doing a siva to my mum and dad, who have both passed away. As an artist, she is like the subtext of what I do. She's the base and pillar of who I am as a person, and it really shows in all the works that I've created in the past. Yeah, she really keeps me grounded."

Tinā will show at Wellington's Te Auaha campus on June 16 and 17.