The Papua New Guinea Hunters rugby league team are looking forward to a break after using every available player in Sunday's 48-14 defeat by the Souths Logan Magpies. 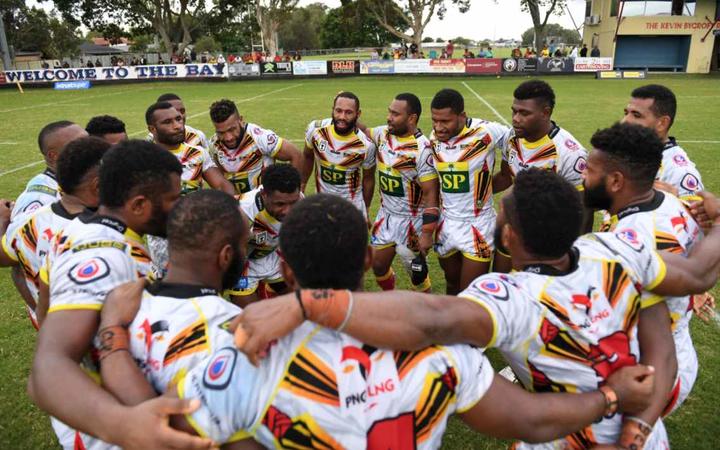 The PNG Hunters have relocated to Queensland for the 2021 season. Photo: Scott Davis / QRL

The visitors only trailed 12-10 at the interval but conceded six second half tries against a Magpies team that featured NRL players Tom Dearden, Tesi Niu and Cory Paix

The Hunters have the bye this weekend and coach Matt Church said several players will be ready to return for their next match against Redcliffe Dolphins on 29 May.

"We've got some experienced players who will return from injury and suspension in two weeks so that will take some of the pressure off us," he said.

"We really weren't able to confirm our team until after our final training session because we had to give our injured players as much time as we could, but we knew that this would be a tough season and we're up for the challenge.

"Full credit to Souths Logan today. They made the most of their opportunities and they played a strong 80 minutes and deserved the win." 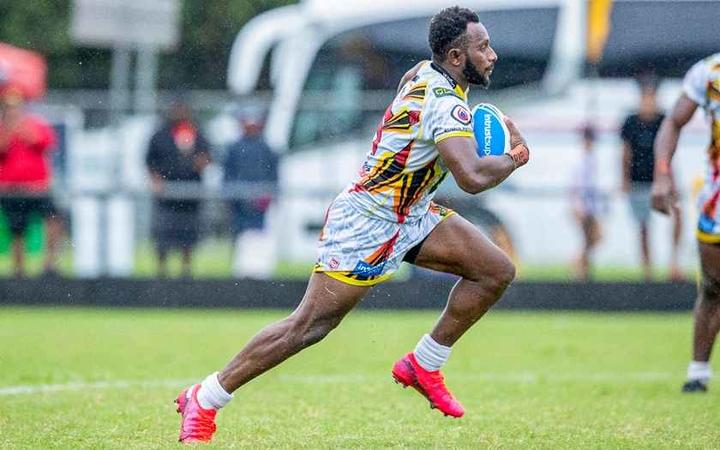 Injured winger Brendon Gutono is among the Hunters players who are currently unavailable. Photo: Jim O'Reilly/QRL

Wartovo Puara Jnr was among the Hunters who carried injuries into the game. The veteran hooker left the field in the 45th minute with a minor ankle issue and did not return.

Emmanuel Waine, Solo Wane and Jokadi Bire all found the tryline for the Hunters in a losing effort, with halfback Solomon Pokare managing one conversion on debut.

A third straight loss drops the Hunters to 11th place in the Intrust Super Cup standings on points differential, although they have the same three win, four loss record as the Magpies who sit in eighth place.