The decision by Samoa's head of state to call a second election will be challenged in the courts, as the country's month-long political stalemate descends into legal quagmire.

Tuimalealiifano Vaaletoa Sualauvi II on Tuesday announced he would revoke the results of the general election held on 9 April, and Samoans would return to the polls on 21 May.

"I am assured that as head of state, I am able to call fresh elections where after a general election there is no clear majority to call a government and where it is clear that it is in the public interest to do so," he said at a news conference.

The Human Rights Protection Party, which has ruled Samoa for 39 years, and the FAST party, which was founded only last year, have been in a deadlock since April's election, with 26 seats each.

Tuimalealiifano said the only way he saw fit to end the deadlock was to declare a second election, a move endorsed by the HRPP leader, caretaker prime minister Tuilaepa Sailele Malielegaoi.

But the leader of FAST, Tuilaepa's former deputy Fiame Naomi Mataafa, rejected the decision, accusing the caretaker prime minister of meddling in the electoral process. She said it would be unconstitutional. 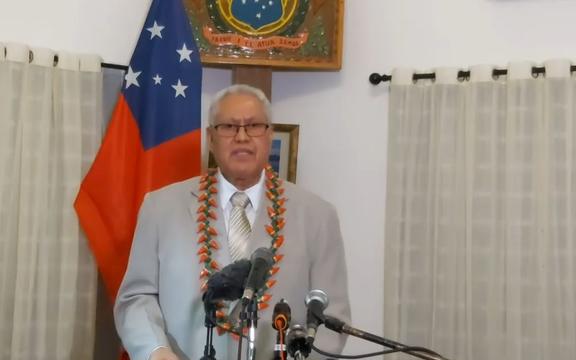 On Wednesday, Fiame confirmed to RNZ Pacific that the Head of State's decision would be challenged in the courts.

"I wasn't sure on what legal basis he was making this call to hold general elections," she said. "We will be challenging this in court and our lawyers are working on that."

The FAST party insists that the Head of State acted too soon in calling the second election, as all avenues to resolve the stalemate had not yet been exhausted. Parliament had not even sat, for one.

Also, she said the stalemate could have been resolved this week, with the Supreme Court due to hear a challenge by the FAST party against the electoral commissioner's decision to add an extra seat for women, which created the 26-26 tie.

The constitution provides that 10 percent of parliament's seats be reserved for women, but it also specifies that that is five seats. This is the crux of the argument -- the election saw five women elected, or 9.8 percent.

The Supreme Court sat today to hear the challenge, but the attorney general, Savalenoa Mareva Betham-Annandale, asked that the case be thrown out, arguing there was no point in proceeding in the wake of the election declaration.

The case was adjourned until Friday.