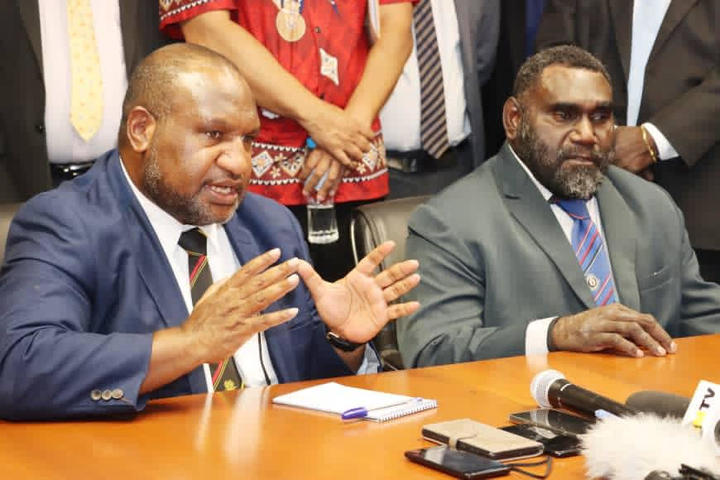 The talks are to shape the implementation of the outcome of a 2019 non-binding referendum in which 97.7 percent of Bougainvilleans voted for independence from PNG.

The result would have to be ratified by PNG's national parliament to come into effect.

Marape said establishing a consultation framework was critical to the success of the future consultations.

He said they need to first reach agreement on resources to facilitate the political dialogue and to ensure those talks sustain the spirit of the Bougainville Peace Agreement which made provision for the referendum.

This work is to be undertaken by each government's technical teams and will start next week.

Marape said the former Irish prime minsiter, Bertie Ahern, remained the choice of both governments to be moderator with the UN chairing the consultations, with the first of those due in the third week of May.

Ahern was the head of the Bougainville Referendum Commission which oversaw the 2019 referendum.

The prime minister also said Wabag in Enga Province in PNG's Highlands has been chosen as the host of the next Joint Supervisory Board meeting - a date for which will be set after those first consultations.