A Samoan law lecturer at Auckland University, Fuimaono Dylan Asafo, has looked at the questions surrounding the Samoa election stalemate, and offered these opinions on questions put to him by RNZ Pacific.

Mr Asafo in your view is the addition of a 6th woman to parliament unconstitutional?

It's important to note that the confusion and controversy around the constitutionality of the Office of the Electoral Commission's activation of Article 44(1A) of the Constitution stems from the fact that the relevant provisions were poorly drafted.

It is difficult to fault any person or party for misinterpreting or being confused by Article 44(1A) because of its problematic wording. Because of this confusion, I believe that the courts' should consider the arguments FAST is making in order to provide certainty and clarification on this matter, which is clearly of great importance. 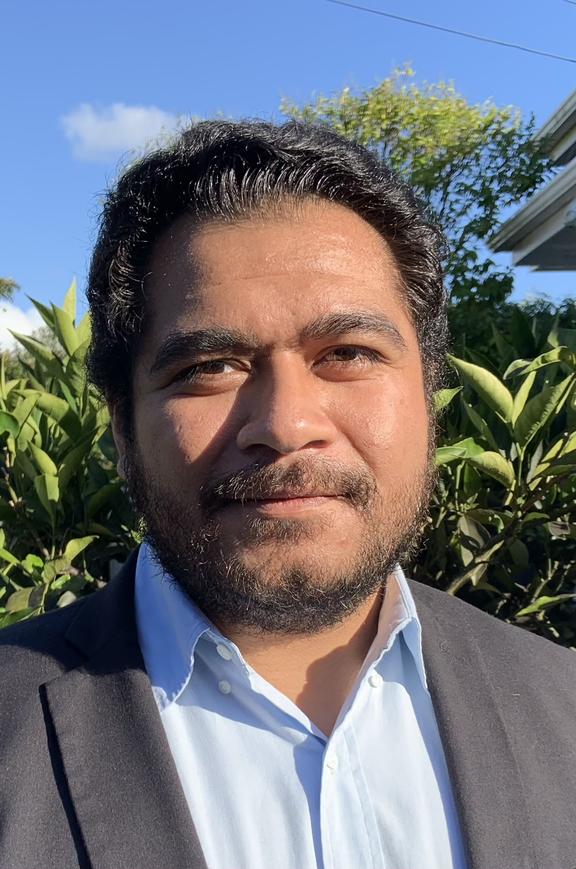 In my view, the activation of Article 44(1A) of the Constitution and the resulting warrant issued by the Head of State to appoint one more woman to parliament was constitutional.

To understand my view, it's helpful to first look at Article 44(1A)(a), which states:

"Subject to this Article, women Members of the Legislative Assembly shall:

FAST is arguing that the minimum number of women is clearly defined and prescribed in the Constitution as 5, and that this has been met by the 5 women who were successful after the election results were verified.

However, in my view, there are two key problems with this interpretation.

The wording of Article 44(1A)(a) makes it clear that the minimum number of seats for women is to be calculated using a percentage of the seats available in parliament, which is set at "a minimum of 10%". This set minimum percentage is stated first and foremost in the Constitutional provision to make it clear that this is the way the minimum number of seats of women is to be calculated and determined.

The number "5" is then offered later, but purely as an example to illustrate how the "a minimum of 10%" should be calculated, based on the total number of seats in parliament at the particular time the Constitutional amendment was passed in November 2013, which was 49.

In my view, the wording, "for the avoidance of doubt is presently 5", shouldn't have been included in the Constitutional provision. The drafters of the provision, and parliament itself, should've foreseen the ambiguity or uncertainty it would create if the number of seats in parliament was ever to change from 49 (or 50), where parties could potentially confuse the number 5 as being the set minimum of seats for women (as FAST has).

In situations where the meaning of a Constitutional provision or statute is ambiguous or subject to disagreement, the purpose or rationale behind the provision given by parliament at the time the provision was drafted and passed in to law is heavily relied upon to determine what the true, or preferred, meaning of the provision is.

In this case, the purpose of the Constitutional amendment in 2013 was to increase the representation of women in parliament in future elections and to also guarantee that women would always be represented in parliament.

Therefore, it's unlikely that parliament at the time intended to fix the minimum seats for women in parliament at 5, especially if for some reason the seats in parliament were to increase to 53 or 57. This interpretation would be inconsistent with the purpose of the Constitutional amendment as stated above.

Rather, it's likely that the parliament in November 2013 wanted to make sure that women would always up at least 10% of parliament (a percentage/proportion it considered to be fair minimum representation for women) regardless of the total number of seats available - whether it be 49, 59 or 69.

If you have 9.8% as is the case with five women members, then should that figure effectively be rounded up to 10%?

The FAST Party could potentially make the argument that the 5 women elected (before Article 44(1A) was activated) would make up 9.8% of parliament, and that this should effectively be rounded up to 10% to meet the minimum threshold.

However, the problem with this argument is that it undermines the very clear wording of Article 44(1A)(a), which expresses a deliberate choice by parliament to use a minimum proportion of 10%. If percentage below 10% but above 9.5% were to be acceptable, then the provision would have made this explicitly clear. This means that if the proportion of women is anything short of 10% (9.9% or 9.8% as in this case) then Article 44(1A)(a) is to be activated.

The fact 10% of 51 is 5.1 and that 5 is closer to 5.1 than 6 is also irrelevant. When it comes to Article 44(1A), the only relevant question is, did the percentage of seats won by women fall below 10%? If so, the number of seats required to increase the percentage to 10% or above must be added.

In this case, 5 out of a total of 51 seats were won by women, which is only 9.8% of the total number of seats and this falls below the "minimum of 10%". Therefore, to ensure that the 10% threshold was met, the Office of the Electoral Commission and the Head of State needed to add one seat for a woman as required by Article 44(1B) of the Constitution.

This can be very difficult to grasp due to something known as the 'apportionment paradox', which occurs when the rules for apportionment in a political system (like the 10% threshold requirement in Article 44(1A)(a)) end up producing results in an election which are unexpected or seem to violate common sense. However, despite not appearing to make sense, in my view, the addition of one seat for a woman was lawful and constitutional in this instance.

What is likely to happen if the 26-26 impasse continues? Is a new election the most likely?

In my view, the Constitution is silent as to what happens if parties do win an equal number of seats. This impasse is a consequence of having a law that can potentially result in the addition of a seat(s) following a general election, which could make the total number of seats an even number. It appears that the drafters and members of parliament who approved the Constitutional amendment introducing Article 44(1A) back in 2013 didn't foresee an election ever being this close, and that they didn't think there would ever be situation where the addition of even one seat could have such significant implications.

Given this timeframe and this unprecedented and unforeseen impasse both parties are facing, it's clear that the best course of action for now is for the courts to hear any petitions by parties and candidates regarding the election, and to see if any changes to the number of seats each party currently happen as a result. If there are no changes to the numbers after all petitions are heard, it is unclear what the course of action will be as no laws and policies provide any guidance in these situations.

As the caretaker Prime Minister and others have noted, it appears that the fairest option would be to hold the general election again, despite the obvious concerns around the time, effort and resources that would be required to make that happen.

In any case, the aftermath of this general election to date has made it clear that the current electoral system as a whole must be reviewed and that alternative systems, such as the Mixed Member Proportional (MMP) system, should be seriously considered.