Australia called on to give more vaccines to PNG, NZ delivers relief supplies to Timor-Leste, and more. 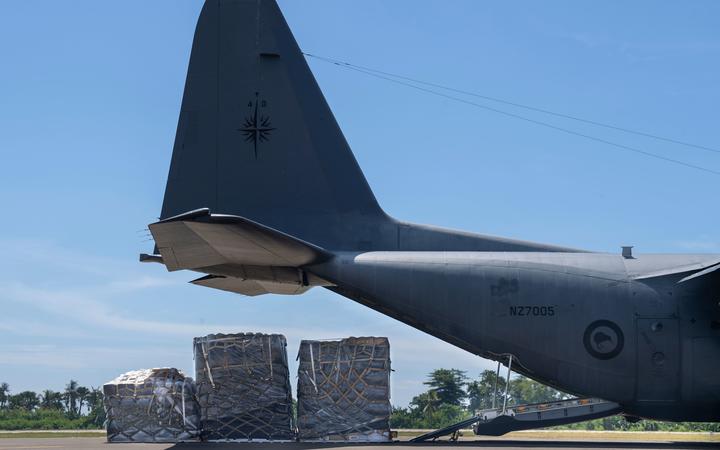 The New Zealand government has announced a radical shake-up of its health system.

A new body will be formed to run services for the whole country replacing the 20 regional boards which service individual districts around the country.

There will also be a new Maori Health Authority.

The Minister for Pacific Peoples Aupito William Sio said Pacific communities' concerns will be woven into the new system.

Aupito said as far as Pacific people are concerned, the new service will be accountable to him.

Australia called on to give more vaccine to PNG

PNG, after a surge in the past two months, now has about 10,000 cases with dozens of deaths reported.

The WHO has warned the situation there is reaching a critical stage.

Australia has an estimated 1.5 million doses of AstraZeneca in reserve after health advice that it is not recommended for those under 50.

The Guardian reports Jane Halton, who is a former health department secretary and member of the WHO, saying that the surplus could go to PNG.

Ms Halton believes the effort to vaccinate PNG must be viewed as critical to the protection of Australia and Torres Strait Islanders.

Humanitarian aid and disaster relief supplies and Personal Protective Equipment (PPE) will help the people of Timor-Leste dealing with the impact of severe flooding and a surge in COVID-19 cases.

The relief supplies and PPE are part of NZ$2 million in support to Timor-Leste announced recently by the New Zealand Government.

The Ministry of Foreign Affairs and Trade arranged for the supplies following a request by the Government of Timor-Leste for assistance.

To support Pacific exporters in the wake of Covid-19, the Trade Invest Australia has launched Freight Assistance Package.

The assistance has seen more than 30 companies receive the monetary grant of $US1219 per enterprise to offset freight costs incurred last year.

This initiative was prompted by Trade Invest's 2020 Pacific Islands Export Survey which showed freight costs were one of the top three barriers for exporters in the region.

According to survey, this was further exacerbated when the Covid-19 pandemic 'drastically affected shipping routes thus inflating costs'.

In a statement, the outgoing Secretary General of the Pacific Islands Forum Dame Meg Taylor said the Freight Assistance Package is a proactive example of understanding and alleviating pain points facing the region's private sector.

US Navy sailor drowns while snorkelling on Tinian

In the Northern Marianas, a 35 year-old U.S. Navy sailor drowned on Tinian at the weekend after he was swept out to sea while snorkeling.

Construction Mechanic, Gen Sun, was on assignment on Tinian for preparatory work on the planned divert airfield that the U.S. military is going to build on the island.

Joint Region Marianas in Guam said Mr Sun was pronounced dead on Sunday afternoon at the Tinian Health Center after being pulled from the water unresponsive.

Originally from Maryland, he only joined the Navy in 2019.