In the remote Tokelau atolls, where the culture is family oriented, everyone plays a role in looking after the community through traditions like Faiva Fakamua.

Faiva Fakamua is a Tokelauan fishing quest. Village fishermen set out together in search of a catch for their whole community to share. Any fish caught are distributed, via the unique inati system, amongst all the villagers.

The Faiva Fakamua tradition sees the men and boys of the island, the lima malohi o te fenua (strength of the land), combine their efforts to feed the village from their catch. 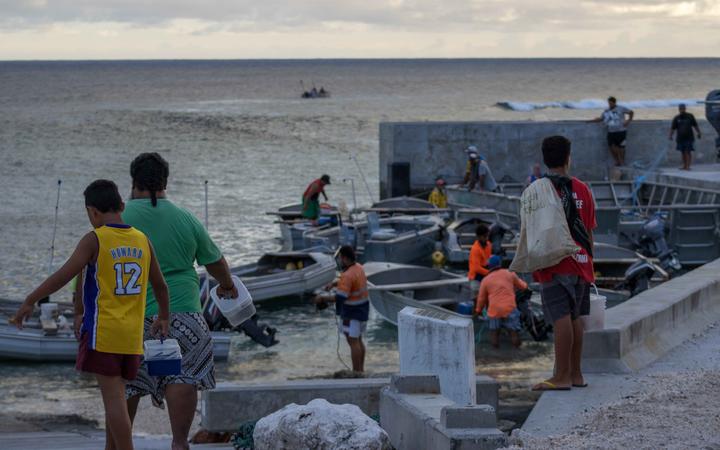 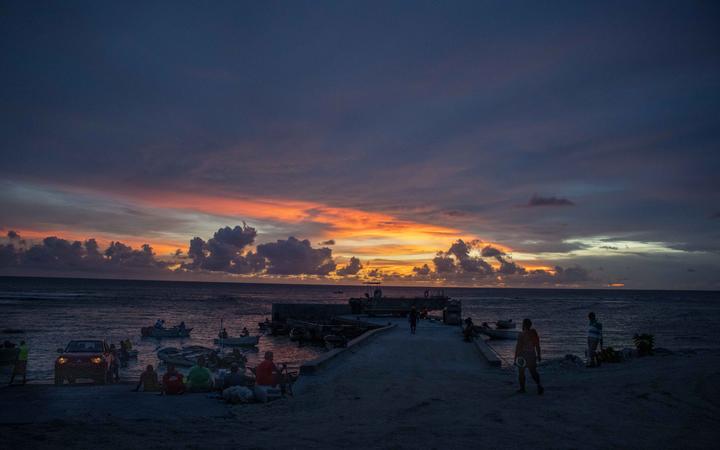 Final preparations before setting out to sea. Photo: Elena Pasilio 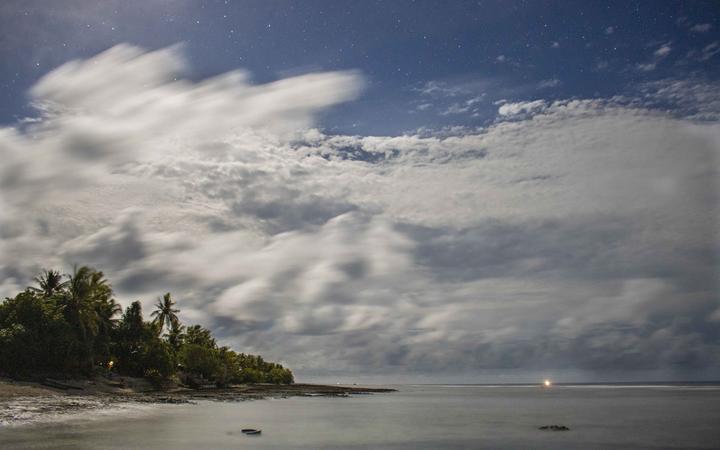 A boat out in the moana Photo: Elena Pasilio

This longstanding tradition has been preserved through generations by the elders, and is considered an important part of Tokelauan culture.

Lui Tumua, 31, who was raised in Nukunonu, will bring up his son with these traditions the same way he was.

"Each family has their own fishing methods and traditional knowledge, passed down from their forefathers. In the Faiva Fakamua we combine our efforts to bring a catch enough for the community."

"I will pass all I know to my son and family members, just as any man on the island," Lui said.

Faiva Fakamua is not confined to special events or days - they can occur at random times and for random reasons, depending on the situation in the community.

This Good Friday, just as the sun made its slow descent into the horizon, engines were heard grumbling against the seas. The fishing boats all assembled at the wharf, aiming to leave by 6pm and return 6am the next morning. 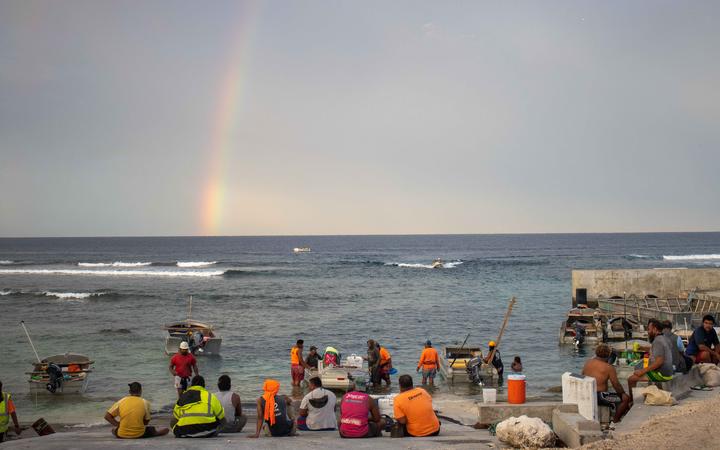 Waiting for boats to bring in their catches Photo: Elena Pasilio 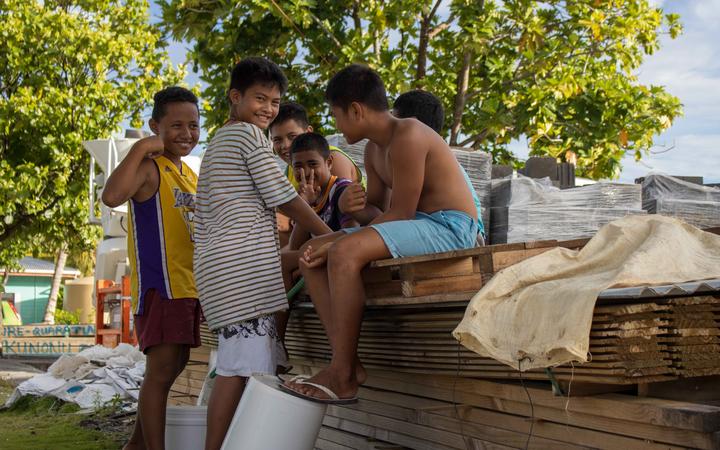 Because Tokelau is a group of remote atolls in the middle of the Pacific Ocean the moana is the hunting ground of its people. Tokelauan fishermen respect its generosity and its dangers. They know that the moana can take as easily as it gives.

"These are characteristics of the traditional knowledge passed down from our fathers and forefathers - knowing the safe spots to fish depending on the tide and current," Lui commented.

After 12 hours on the moana boats began coming down the channel at about 6am, into the wharf's docking area. Men began unloading chilly bins and buckets, each filled with part of their catch.

The fish are amassed in one big pile which are then divided into smaller piles. These are laid out on the malae inati for distribution.

Girls walk down the wharf with breakfast, plates of sausages, sandwiches and tea, all for the fishermen on boats dropping off their catches and the men preparing the inati. 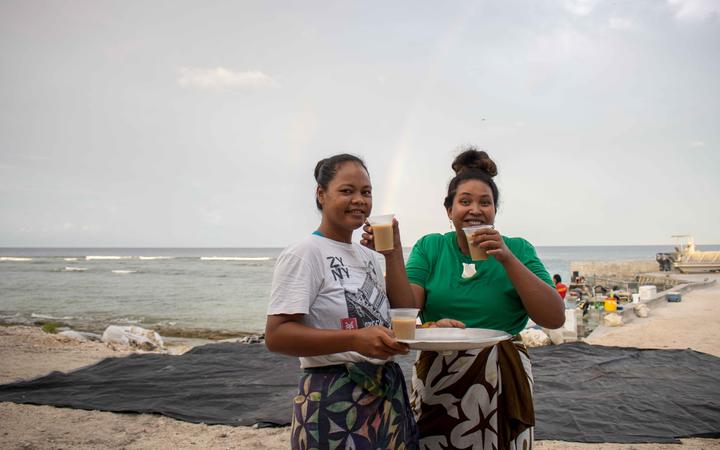 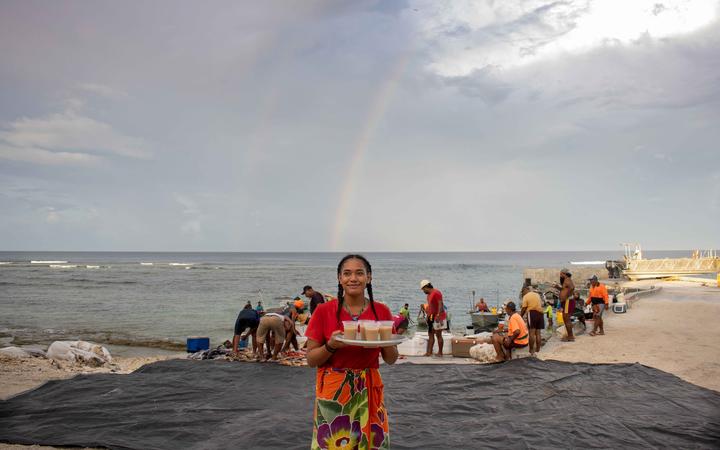 Pafelio Tumua, 46, has lived in Nukunonu most of his life. He said that in his experience the Faiva Fakamua is a communal event that brings the island together and everyone has a job to do.

"Every last fish on the boat is unloaded for inati, that's the tradition of Faiva Fakamua."

"We share every fish that was caught out in the moana."

"When I was younger - and it was canoes back then - we were limited to about one canoe per extended family.

"But these days its aluminium boats and there are probably two or more boats per extended families now so there are more of us at these events."

A truck drives around the island with the town crier, calling for children to come collect their inati. 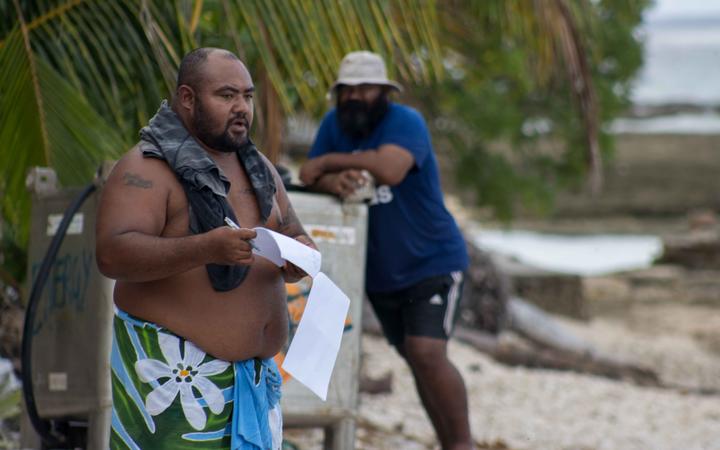 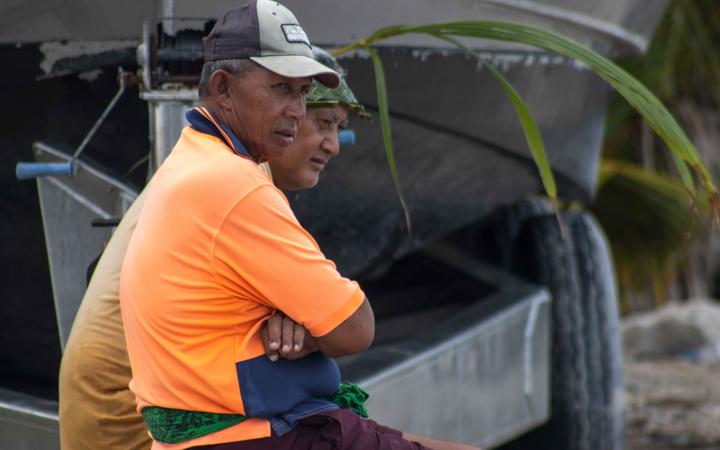 Siopili Perez, Nukunonu's Faipule (Head of State), said that such traditions make for a closer community which is strengthened by the ways of the ancestors. It is tradition to look after each other and make sure that everyone has food for the celebration of Easter.

"This is part of our culture and it has always been this way," Perez said.

Children sit and watch while the inati is still being prepared - men and boys who were on the Faiva Fakamua adding fish to piles that lay waiting to be distributed. 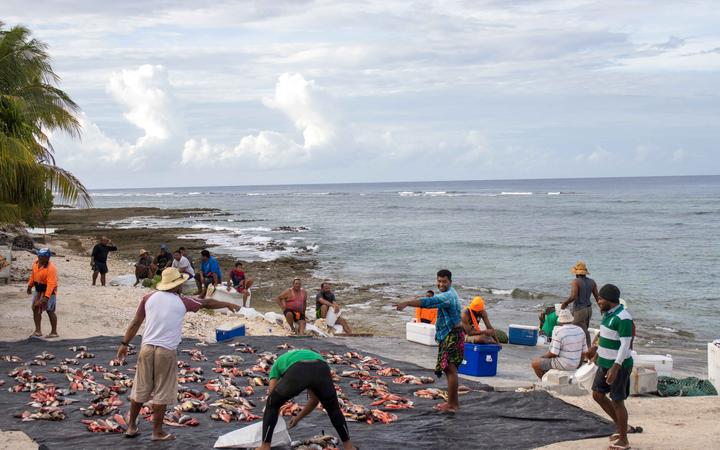 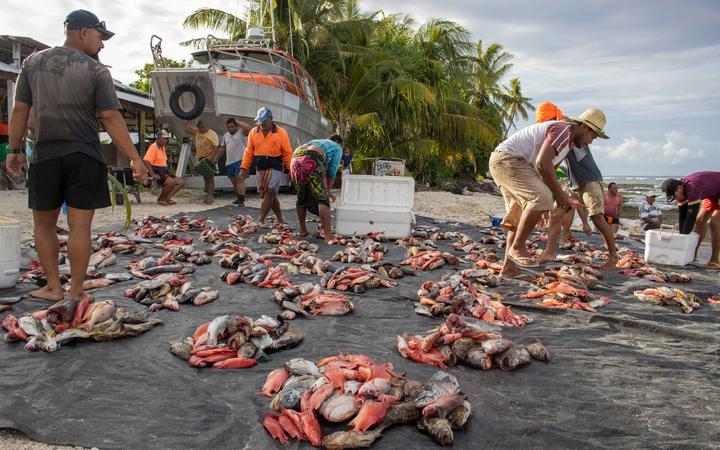 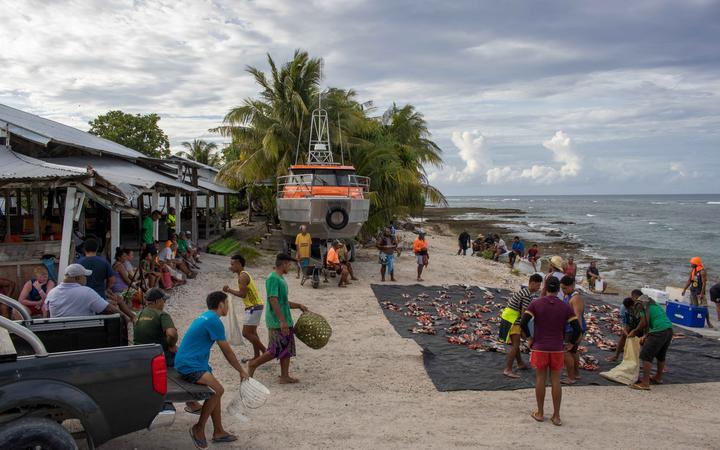 "Their family names are called, and one by one they come forward to collect their household share," said Lui Tumua.

"The inati system is fair and the shares vary to suit the household depending on how many people live in that house."

Pafelio Tumua said "this is also for the households who do not have an able man to fish for them - the children without their fathers on island, it's for the tamā manu (foreigners) who does not go fishing."

It's for the community as a whole," he said.

Down by the catch a man stands with a paper and pen. He reads out household names while an elder and other men count the fish and divide them by the number of people on the island. 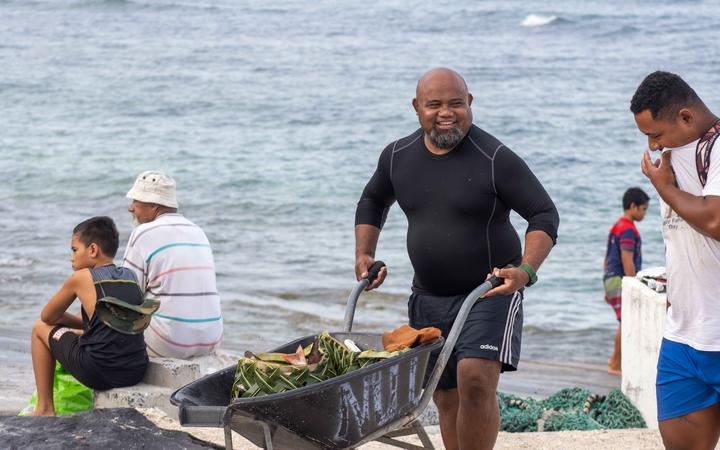 Lino Isaia, Nukunonu's Pulenuku (Mayor) said that these fishing quests are for the community as a whole, to make sure that everyone has a share of the catch, no matter how big or small.

"The Faiva Fakamua was great and the ration was five fish for every individual on the island, that is our Easter meals sorted," Isaia said triumphantly.

Another successful Easter Faiva Fakamua, and just as its people are nourished by the moana so Tokelau's traditions are preserved.