The Kaiviti Silktails rugby league team believe they are edging closer to their best form after securing back to back wins for the first time.

The Fijian side defeated the Western Suburbs Magpies 38-26 on Saturday afternoon to climb to fourth in the Ron Massey Cup, with a game in hand on the three teams above them.

It was only the fifth game at this level for the competition newcomers and the first time they've recorded consecutive wins.

Coach Wes Naiqama said they learnt some harsh lessons in their opening two defeats but, after a disrupted pre-season, were beginning to hit their stride.

"We always knew from the start and weren't naive that it would take us a month to six weeks to sort of get up to scratch and get used to the pace of the game and the interpretation of the rules here.

"The boys are definitely getting better at that and we're tracking in the right direction. Still, we're not getting carried away with the two wins."

The Silktails raced into an early 12-0 lead against the Magpies but found themselves trailing with half an hour to play after conceding three tries in 13 minutes.

"I was pretty disappointed after the game, Naiqama admitted.

"There was probably a 20-30 minute period there where we played some real silly football and let a team like Wests back in the game. (We) got back in the arm-wrestle but I was pretty proud in the way the boys found a way to win."

The Kaiviti Silktails relocated to Australia to compete in the Ron Massey Cup, after last year's competition was cancelled because of Covid-19.

Wes Naiqama has been impressed with how the 28 players have adapted, but admitted the week to week grind of the Ron Massey Cup had taken a major physical toll on his squad.

"We've lost two boys for the rest of the season already. We lost one in the game in Mosese Rova and we lost another one, Filimoni (Temumunasau), a couple of weeks ago to a season-ending ACL injury so we are having those conversations (about replacement players).

"In regards to what we do with that..more than likely we will look at what we have in Fiji...if we have to pick a player from back home to fly him over, if that's what we have to do we will do." 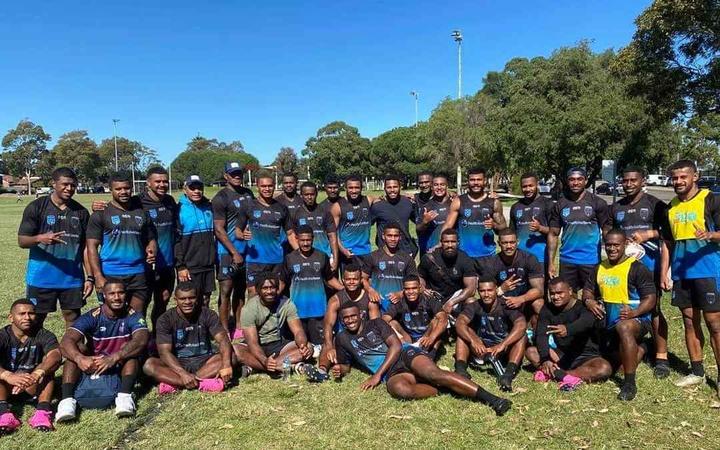 Filimoni Temumunasau had already made his debut for the Sydney Roosters Under 19s before doing his ACL, while Vuate Karawalevu will also depart the Silktails soon after signing a two-year deal with the National Rugby League club.

Wes Naiqama, who played for the Dragons, Knights and Panthers during a decade-long career in the NRL, said it was fantastic to see the Silktails players' already generating interest from Australian teams.

"When I picked this squad I knew that there was a lot of potential...I wasn't naive to think all 28 would - but the players that have put their hand up, stood up and been told that they could be playing in higher honours over the next couple of weeks I sort of expected it," he said.

"They've been great they way they've applied themselves and just seeing those boys going up it creates a good feeling amongst the squad, that there is hope and there is an actual pathway to potentially play in New South Wales Cup and NRL."

The Kaiviti Silktails are back home at Mascot Oval this Saturday against third placed Mounties.